We believe there is an opportunity in the market for a product like ours that meets the needs of the consumer. 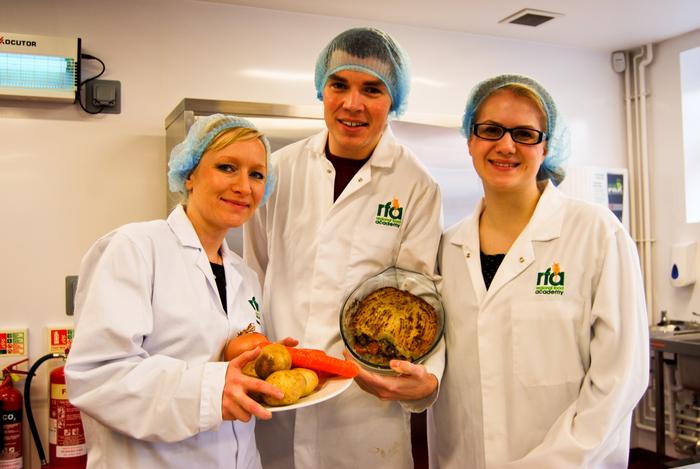 Nine students from Harper Adams University have reached the UK finals of a Dragons' Den-style competition to find the best eco-innovative food product.

The UK national heat of the competition, which is being organised jointly by Campden BRI and the Institute of Food Science & Technology (IFST), will be held on Wednesday at Campden BRI in Gloucestershire.

Natalie, who is in her third year of a BSc (Hons) Food, Nutrition and Well-being degree and is currently on placement as the Technical Assistant at the university’s Regional Food Academy, said the team had created a company called ‘More Than Meat Pies’ and they had called their product ‘A Hearty Meal’.

The 33-year-old from Shrewsbury added: “We have created an exciting new ready meal with an interesting twist by using underused and overlooked cuts of meat, or offal as it is known, as well as sourcing local grade 2/3 vegetables that wouldn’t normally make it to retail.

“We believe there is an opportunity in the market for a product like ours that meets the needs of the consumer.

“At a recent farmers’ market we carried out a taste test with customers on the product and the feedback was very positive with comments such as ‘meaty texture and surprisingly tasty’.

“As well as this, people said that they do like offal but don’t know how to cook it and a ready meal product such as ‘A Hearty Meal’ would be ideal.

“We also completed a sensory taste test with staff and students and again feedback was very positive.”

The team from Harper Adams is up against four other teams at the UK final and has been invited to pitch for a prize fund worth £3,500 to a distinguished judging panel of top food industry specialists including representatives from PepsiCo, Sainsbury’s, Warburtons, Coca Cola and Defra.

The winning team will be announced on Thursday and will go forward as the UK entry to the European leg of the competition to compete with 20 other participating countries.