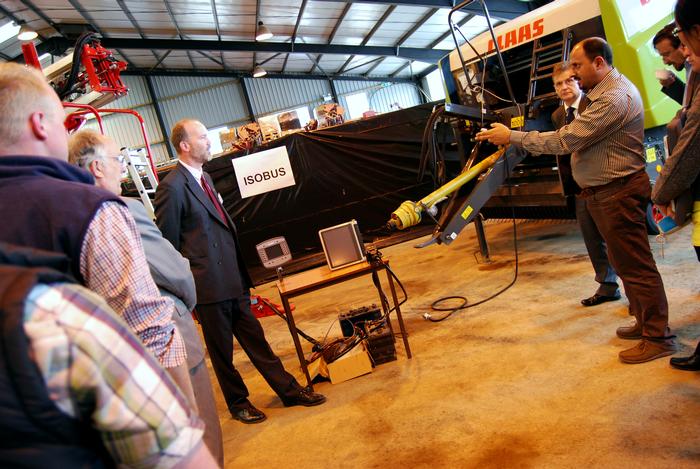 Soil protection, controlled traffic farming and high-tech tractor-implement control were just some of the topics discussed at the UK conference to mark 100 years of German agricultural machinery manufacturer, CLAAS.

Around 115 agricultural engineers, farmers, academics and business delegates came together for last Thursday’s conference entitled ‘Precision Farming Challenges in the 21st Century’, which was hosted by Shropshire’s Harper Adams University – home to The National Centre for Precision Farming (NCPF).

Miss Smith outlined a 10-year trial being carried out at Harper Adams to investigate the interaction between farm traffic and tillage on soil, crop and energy responses in a study to determine the effects of random traffic, low ground pressure traffic and controlled traffic farming systems.

Miss Smith told the conference the aim of the study is to develop an integrated mechanisation system to optimise soil and water resources, crop growth, yields, system performance and economics in commercial agricultural practice.

Peter Nelson, from RDS Technology, spoke about the ISOBUS technology for agricultural machinery which provides a common communication system between tractors and implements.

During his talk, aptly entitled ‘I SO wish it were that easy’, Mr Nelson told delegates that with electronic control systems of increasing sophistication becoming standard on most agricultural machinery there is increasing frustration from users finding that systems are incompatible.

He said as a result of this frustration the ‘Plug and Play’ appeal of the ISOBUS system was becoming more and more attractive and implement manufacturers were now seeing real demand for the product.

However, he added there were still a number of challenges for ISOBUS to overcome including cost and compatibility, but he vowed the system would continue to improve and become an international communication standard for the sector.

Other guest speakers included Dr Milan Kroulik from the Czech University of Life Sciences who gave a talk entitled ‘Soil protection and sustainable utilisation of natural resources through GPS navigation’, Professor Spyros Fountas from the Agricultural University of Athens, Greece, who talked about ‘Information systems for farm and machinery management’, Hugh Mason from Maurice Mason Ltd who offered ‘A Farmers’ View on Precision Farming’, and Liisa Pesonen from MTT Plant Production in Finland who spoke about ‘Challenges and recent developments in agricultural system integration and data exchange’.

After lunch the delegates were treated to machinery and technology demonstrations which can be used as part of Precision Farming systems. These included ISOBUS, GPS guidance, machine vision guidance, telematics and a crop sensor.

Dr David Llewellyn, Vice-Chancellor of Harper Adams, said: “We were honoured to be chosen as the UK venue for the world-wide CLAAS 100 university conference series.

“The UK Government is developing an Agri-Tech Strategy to help shape the future of farming practice, and Harper Adams, with its close connections with industry, has a critical role to play in helping turn that Strategy into reality.

“Bringing together speakers from across Europe, an audience representing all parts of the agri-food industry and senior representatives of CLAAS and the CLAAS Foundation provided a tremendous opportunity to discuss advances in precision farming and how engineering and ‘smart’ technologies will play a critical role in tackling global food security.

“We are extremely grateful to CLAAS for their support in making the event such a success and we are delighted, in organising the conference, to be able to play our part in helping the company celebrate its centenary year.”

Dr Hermann Garbers, Executive Vice President of CLAAS since 1999, said: “This conference marks the significant and fruitful liaison between Harper Adams and CLAAS over many years and over various fields.

“I want to express my congratulations to Harper Adams University for establishing The National Centre for Precision Farming to further focus in on precision farming. The new building will be a great home for this topic and I wish you great success for this.” 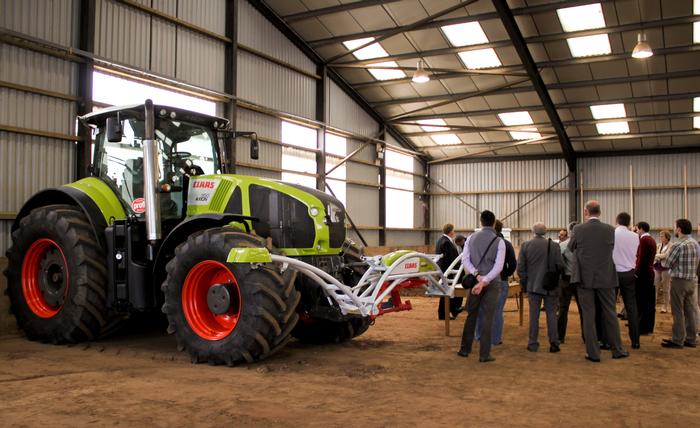 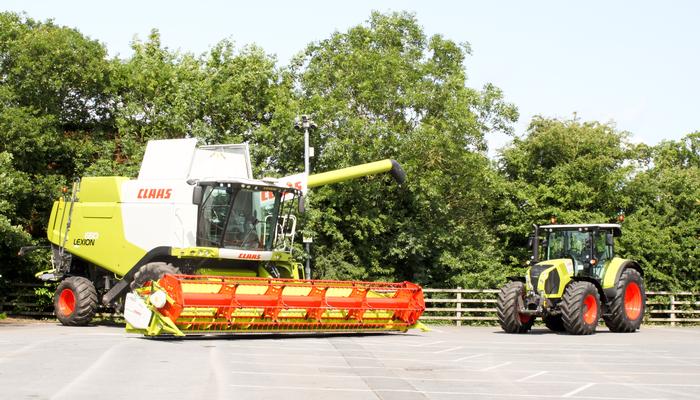 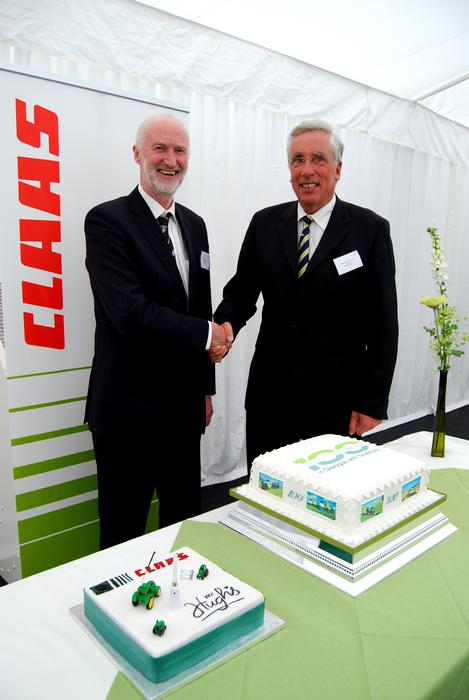