Harper Adams has excellent links with Wales, being based close to the Welsh border we have always attracted a lot of students from this area. 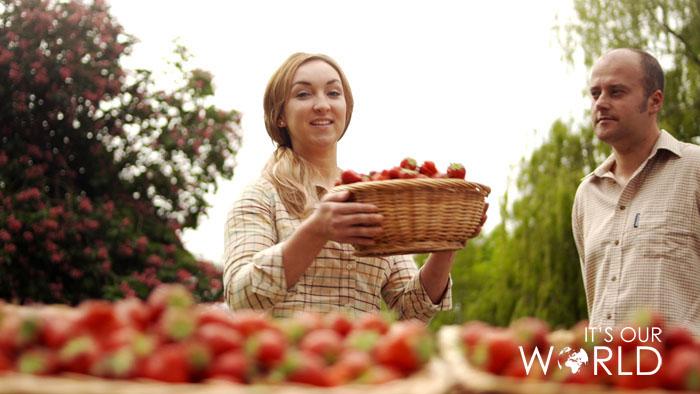 Staff and students from Harper Adams University are making final preparations for a busy week at the 50th Royal Welsh Show in Builth Wells.

The build-up kicked-off this week with the launch of the university’s TV advertising campaign in Wales.

This year the university near Newport, Shropshire, is sponsoring two dairy cattle competitions at the show, running from July 22 to 25, as well as being the main sponsor for the Wales YFC Young People’s Village, which will feature acts such as DJ Greg James, S Club and Jameela Jamil.

The Fitzhugh Championship – Dairy Breeds is one of the major categories at the show and will see the university’s Vice-Chancellor, Dr David Llewellyn, presenting the prize in the main show ring on the Wednesday afternoon.

The RWAS/Harper Adams Young Dairy Cattle Handlers’ Competition is open to 14 to 26 year olds and will be judged on the Thursday.

In addition, Harper Adams will have a reception centre at the heart of the showground in the Lantra Building and will be hosting an afternoon tea in the YFC Building. The tea will see aspiring students, staff and those working in the land-based sectors come together to discuss their experiences and interests.

The university’s TV campaign ‘Our World’, launched this week on ITV Wales and S4C – the latter airing in both Welsh and English – promoting the university’s presence at the show.

Lorraine Westwood, Director of Marketing and Communications at Harper Adams, said: “We are delighted to be sponsoring the Royal Welsh Show for the second year running – next week will be a fantastic week.

“Harper Adams has excellent links with Wales, being based close to the Welsh border we have always attracted a lot of students from this area.

“With our strong alumni network of past graduates we are very much looking forward to seeing old friends and making many new ones.”

To see the English and Welsh versions of the university’s TV advert go to http://www.harper-adams.ac.uk/video/tv-advert/?vimeo_id=64539912