I was really shocked to be voted in as SU President and obviously delighted. It’s a really nice feeling to know that people have confidence in you and in you doing a good job. 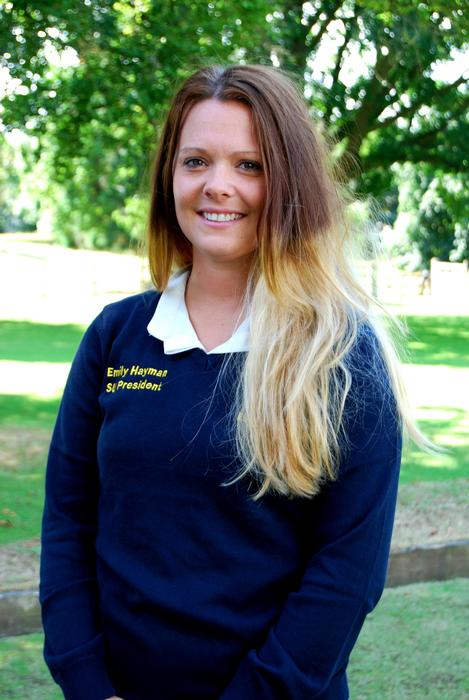 Taking on the role of Students’ Union President at Harper Adams University is all about giving something back for 22-year-old Emily Hayman.

Having spent the last four years at the university, Emily is hoping she can make a real difference in the role and ensure the students get as much out of their time at Harper Adams as she has.

Emily has recent started her one-year term in the role taking over from Kevin Broe, from County Cork, who is now working as a Technical Engineer for New Holland.

She has just completed her final year of a BSc (Hons) degree in Adventure Recreation Management and is due to graduate in September. She originally hails from Stewartby, in Bedfordshire, and studied at Shuttleworth College before coming to Harper Adams.

“I was really shocked to be voted in as SU President and obviously delighted. It’s a really nice feeling to know that people have confidence in you and in you doing a good job,” said Emily, who will manage the union’s 14-strong student executive during the 2013/14 academic year.

“I decided to become SU President simply because during my four years at Harper Adams I felt I got a lot out of it and I just wanted to give back and make sure everyone else had a good experience the same as I did.

“We are looking at focusing on more of the academic side with support for the students from an SU perspective and just making sure we represent the students as a whole rather than just with the entertainment.

“But we are also looking at putting on some really big events for the students to make sure they enjoy the social aspects of being at Harper Adams and make sure we carry on from what Kev has done.”

Emily knows her year in the role will present a number of challenges but hopes it will help her develop essential skills for the future.

“I think that going from being a full-time student straight into employment will be a challenge, but I think I’m definitely ready for the challenge,” she added.

“I’m looking at going into event management next year so the skills are really critical for this year.  I’m looking at gaining industry contacts, working on the infrastructure of events and how they are run and just making sure I get as much experience as I can.”