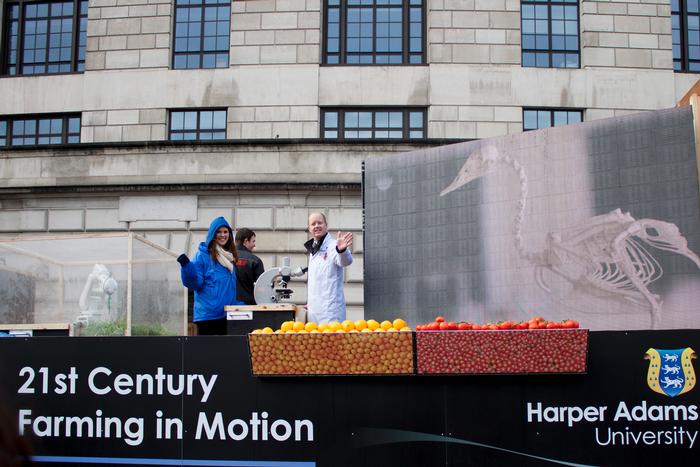 “It was a very early start and it rained hard for most the day, but nonetheless it was an absolute pleasure to be part of Harper Adams University’s first appearance in the Lord Mayor’s Show”, said Alex Hardie, Marketing Manager, after the event on November 9.

The Worshipful Company of Farmers is one of the many modern livery companies to have a place in the show each year. For 2013, the Company invited Harper Adams to design and develop an exhibit to join the procession through the streets of the City.

The end result, “21st Century Farming in Motion”, comprised a CLAAS tractor towing a trailer, on which were mounted two LED screens running the extended version of the Harper Adams “Our World” television advert, a mock teaching scenario with a lecturer and a student working at a microscope, and an agricultural robot, kindly provided by ABB, operated by a young engineer.

Alex explained: “Integral to everything we do at Harper Adams University is the question of how we feed the world, sustainably. Key that to that challenge is research and the development of new technologies that can help address the global food crisis. Through our involvement in the Lord Mayor’s Show, we had an opportunity to facilitate a better understanding of what farming in the 21st century is to people who, perhaps, may never have considered the challenges the industry faces now and in the future – and what that means for sustainable food production around the world.”

The show itself was the culmination of months of planning and physical labour. Alex added: “We owe a debt of gratitude to Peter Nunn and Reg Hughes, from Edgmond, who are carpentry and joinery contractors with the Harper Adams estates departments, for crafting and building the trailer display. Further valuable assistance came from electrical contractor Andrew Lewis, from Wellington, Telford.”

Further thanks went to Annabel Palmer, from Leicester, another placement student who is currently part of the Marketing team at Harper Adams, who played the student role in the procession, and a range of other staff members who made contributions big and small.

The Lord Mayor’s Show has floated, rolled, trotted, marched and fought its way through 798 years of London history – since 1215 - surviving the Black Death and the Blitz to arrive in the 21st century as one of the world’s best-loved pageants.

See below for a slideshow of pictures from the procession. 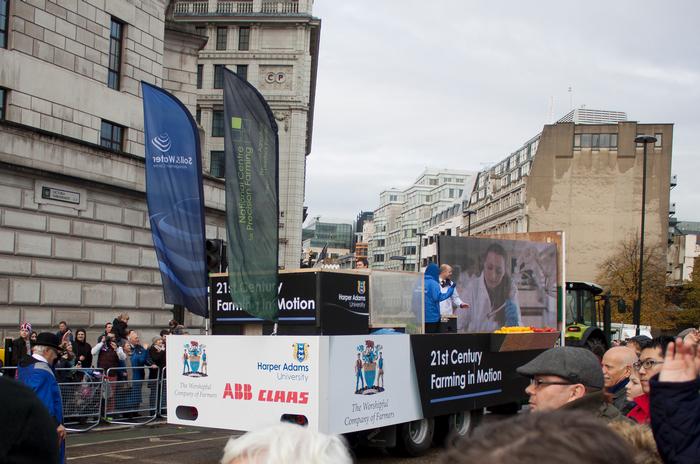 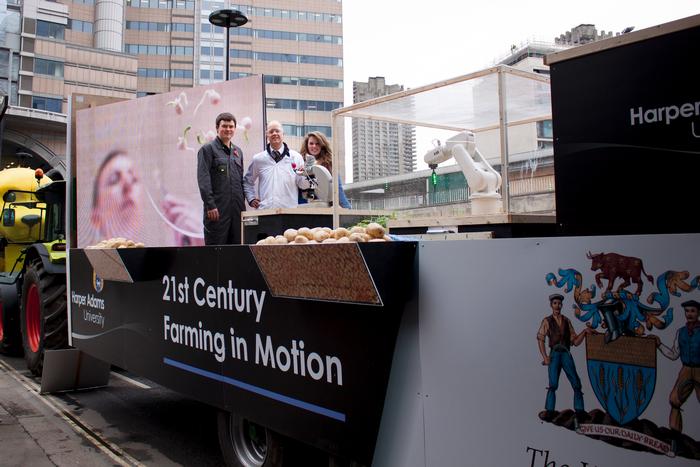 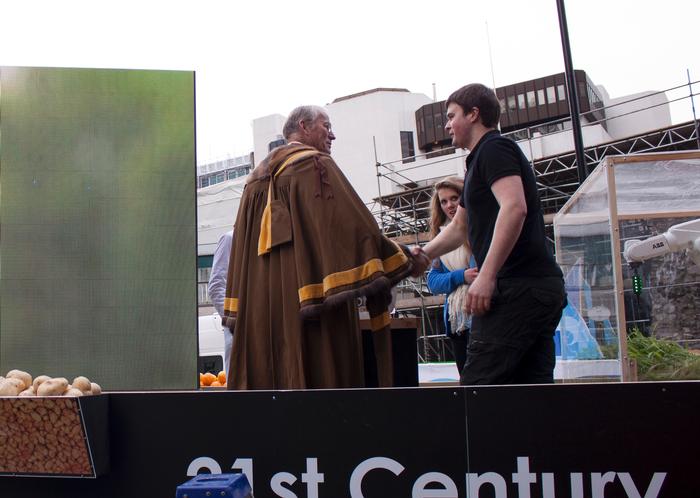 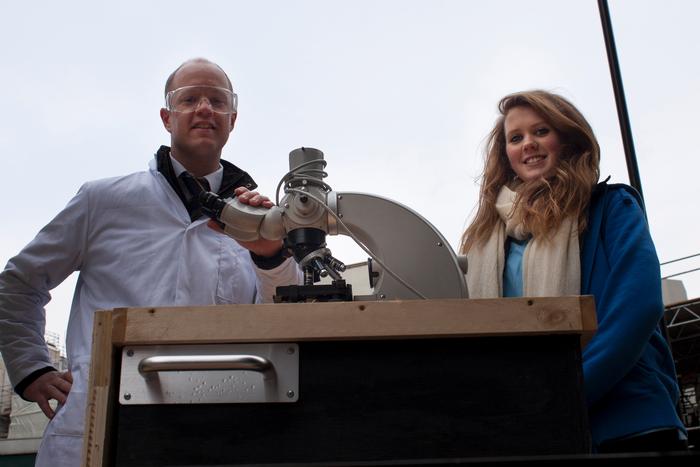 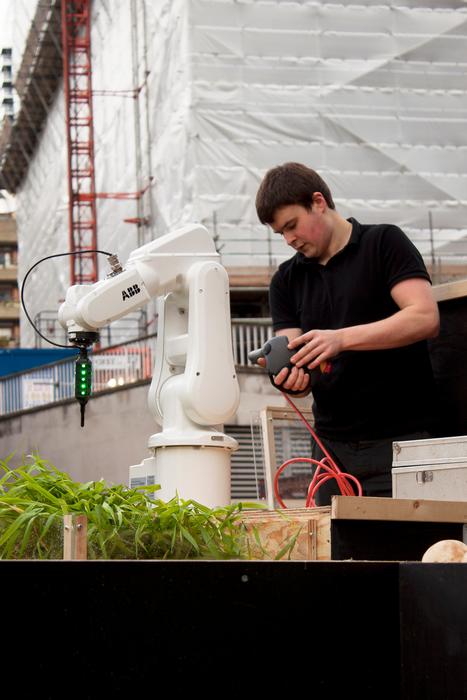 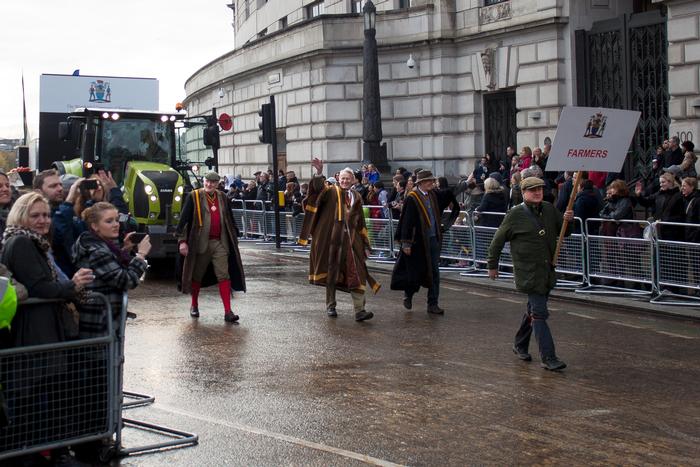 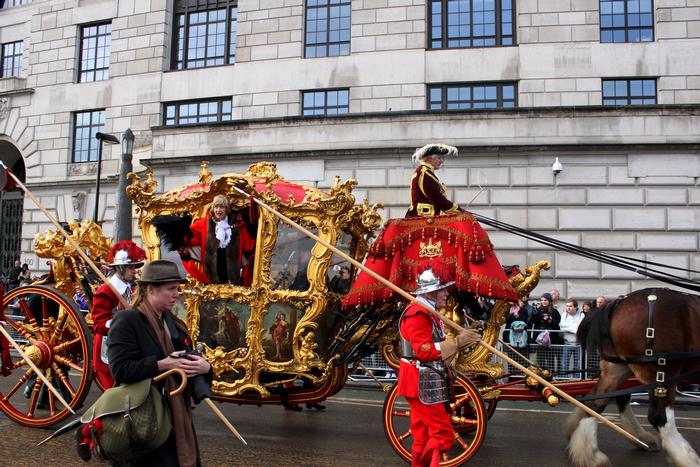