It was a pleasure to work on this project with the great creative team we have at Harper Adams. For our work to be recognised by industry specialists at Prospects is a true honour. 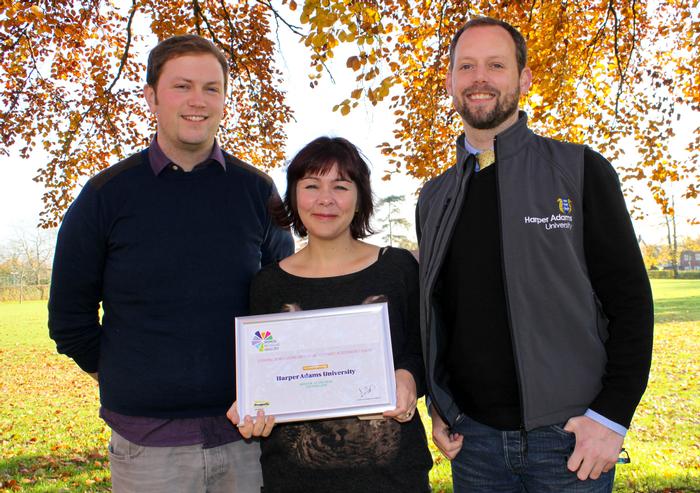 Harper Adams University’s 2013/14 postgraduate prospectus has been named the best in the UK at a national awards ceremony.

The postgraduate prospectus, primarily produced by the university’s publications team, was shortlisted in the ‘Best Prospectus’ category at the first ever Prospects Postgraduate Awards.

The university was announced as the winner at a ceremony at the Radisson Edwardian in Manchester on Tuesday.

Harper Adams’ submission was up against nine other entries, including Manchester Metropolitan University and the University of Nottingham.

Alex Hardie, the university’s Marketing Manager – Shows and Events, received the accolade at the ceremony on behalf of Claire Robertson-Bennett, who wrote, edited and project managed the prospectus, and James Armstrong, who oversaw the project and design, as well as providing many of the photographs alongside colleague, James Smith.

The team worked with Birmingham-based Z3 and Scene Photography of Nottingham to produce the prospectus.

Lorraine Westwood, Director of Marketing and Communications at Harper Adams, said: “We are absolutely delighted to have won this award against such strong competition.

“It is the result of a strong collaboration between our in-house team and a team of fantastic creative designers, Z3, which has balanced really creative and innovative design with high quality content.”

Mrs Robertson-Bennett, the university’s Publications Officer, said: “It was a pleasure to work on this project with the great creative team we have at Harper Adams. For our work to be recognised by industry specialists at Prospects is a true honour.”

The Prospects Postgraduate Awards launched for the first time this year and are the only annual event solely dedicated to celebrating best practice and the most exciting campaigns and developments in UK postgraduate education.

To reach the finals, the university’s prospectus was judged on a series of criteria, with evidence required of the following – adheres to legal requirements, presentation of information in a clear, concise and attractive manner, and cost effective planning and production.

Mike Hill, Chief Executive of Graduate Prospects, said: “We have been overwhelmed by the high standard of entries as well as the enthusiasm of those involved. Congratulations to all the winners and we look forward to next year.” 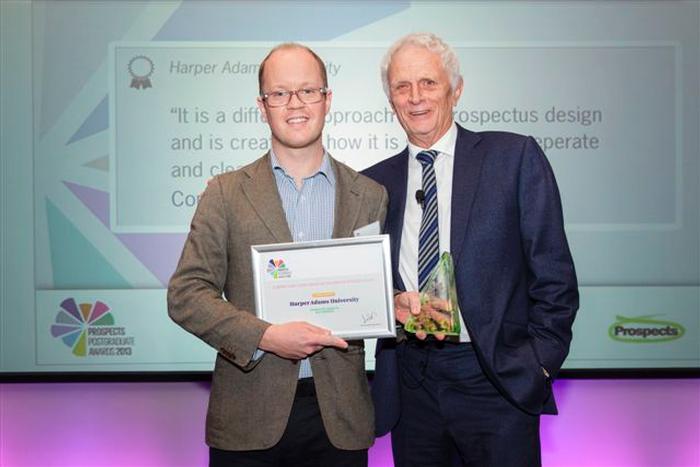