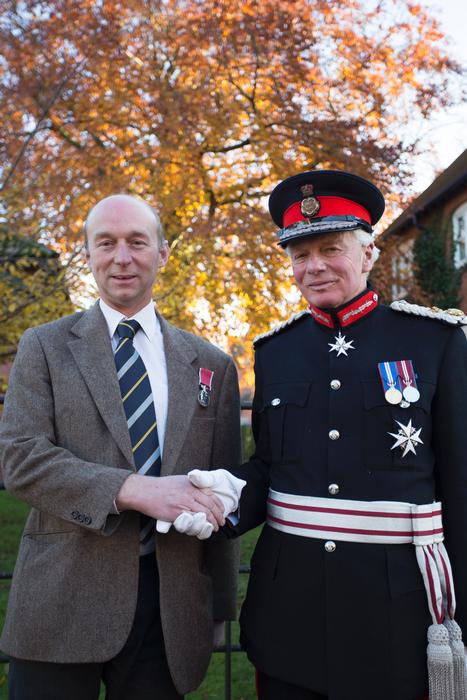 The Lord Lieutenant, Her Majesty the Queen’s representative in the county, said he was delighted to present the award, announced in the 2013 Queen’s Birthday Honours, for Mark’s services to Land-Based Higher Education and to the National Vegetable Society.

Mark, 52, has given exemplary service to the university since he joined in February1981 – managing a team of five staff which attends to a built estate of 18 acres and 22 acres of woodland, as well as assisting with 800 acres of farmland.

Mr Heber Percy said: “Whenever I come to Harper Adams, I see these immaculate grounds and, being a bit of a gardener myself, I really do notice and admire the great edges and very good flower displays. There’s a look to the place that shows it’s really well cared for. What a wonderful example that must be to all your visitors; to the students who come for the first time. They must think ‘this is somewhere which is properly cared for, really immaculate, and I want to be a part of it’.”

Mark’s contribution to the student community includes a series of hands-on training programmes such as dry stone walling, hedge laying and woodland management. He also helps them to prepare for major outdoor social events and manages the sports grounds.

Beyond student life, Mark represents Harper Adams within the local community by providing flower displays on the public roads of the campus and in the local village, ensuring that his team contributes to the wider promotion of the university.

Over the years he has also contributed to raising the organisation’s profile at shows and events. The first show garden that Mark project managed was for Geoff Hamilton at a BBC Gardener’s World exhibition, and resulted in a bronze medal. At the Chelsea Flower Show in 2007 he collaborated with the local authority to assemble a silver-gilt winning garden.

Mark, from Wellington Shropshire, is an expert vegetable grower and undertakes voluntary work in his field – he has been a member of the National Vegetable Society (NVS) Executive Committee since 1991 and is currently the National Assistant Secretary and Vice Chairman of the NVS midlands branch.

He is a fellow of the society and assists in the organisation of its major shows and in 2009 was awarded a gold medal for outstanding service.

Mark speaks about his passion for growing vegetables at gardening club meetings one or twice a week and has won a host of prizes for his produce.

Beyond vegetable growing and gardening, Mark is a keen footballer and instigated a local football team on a voluntary basis, first as a player, then a player-manager and finally as Chairman.

Ever humble, Mark thanked everyone who has helped him with his many achievements, and his university colleagues for nominating him for the honour. His biggest thank-you, accompanied by a bouquet of flowers, went to his wife, Sandra Hall.

He told his guests: “I find it kind of strange in some ways that I have been awarded a medal for doing something that I enjoy and I love doing. I started growing vegetables when I was 11 years old. I have enjoyed it all through my life. And Harper Adams – I came here in 1981 and I’m still here. That shoes that it must mean something to me. It’s a job I thoroughly enjoy.”

Following the presentation, Mark and his guests enjoyed afternoon tea, including a stunning celebration cake, made by Harper Adams Catering, which featured decorations relevant to Mark’s interests, from football to vegetable growing. 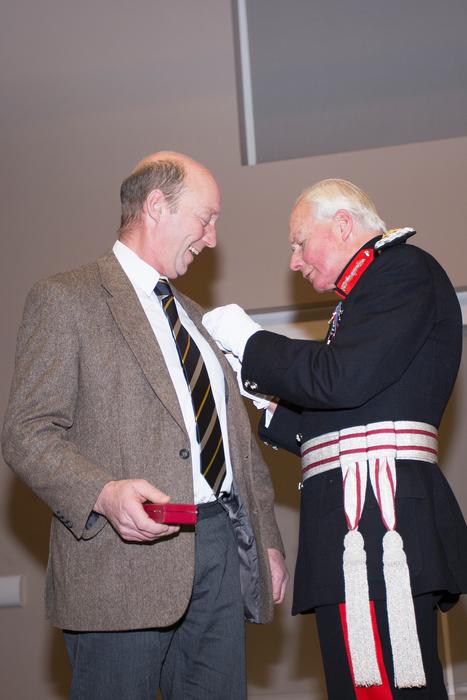 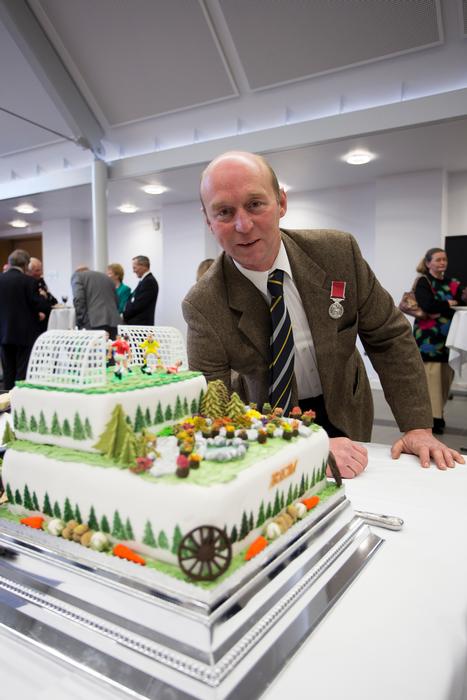 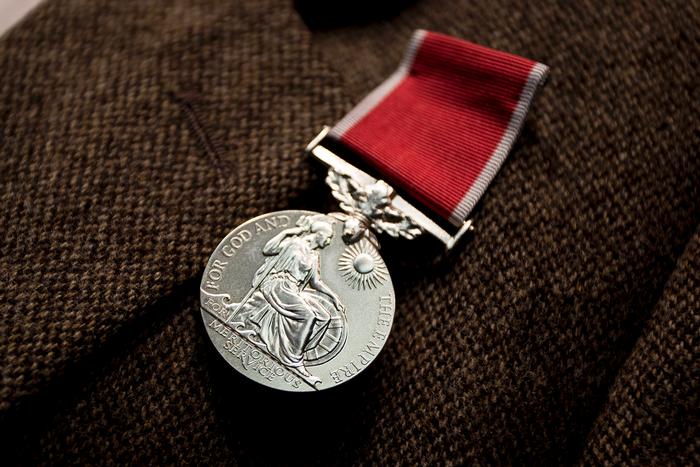 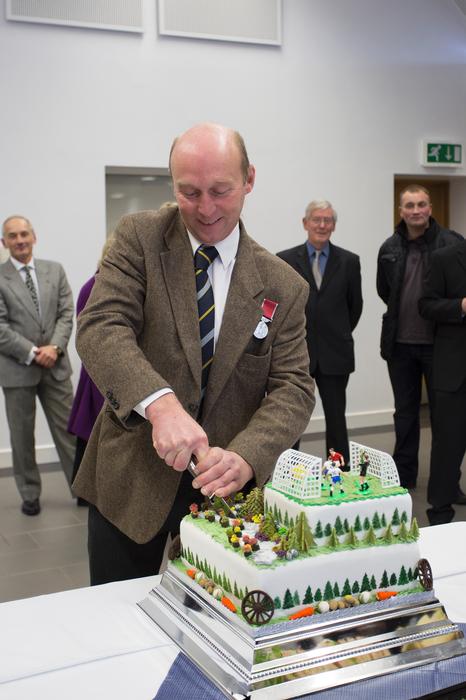 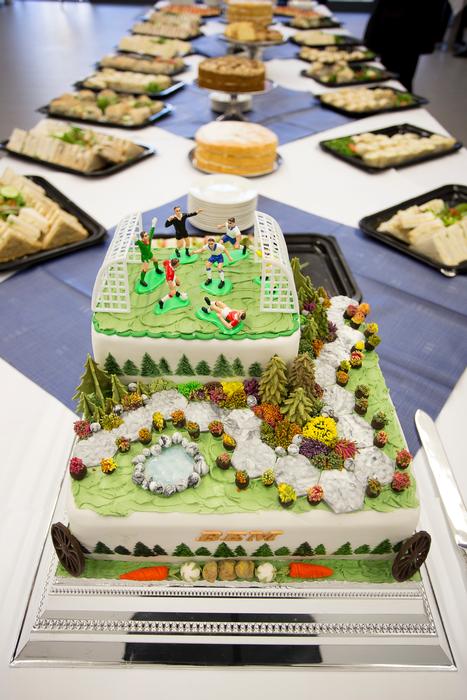