I’m absolutely thrilled – it’s a once-in-a-lifetime opportunity. I have worked with CLAAS machinery over the years and have a genuine interest in the machinery they produce." 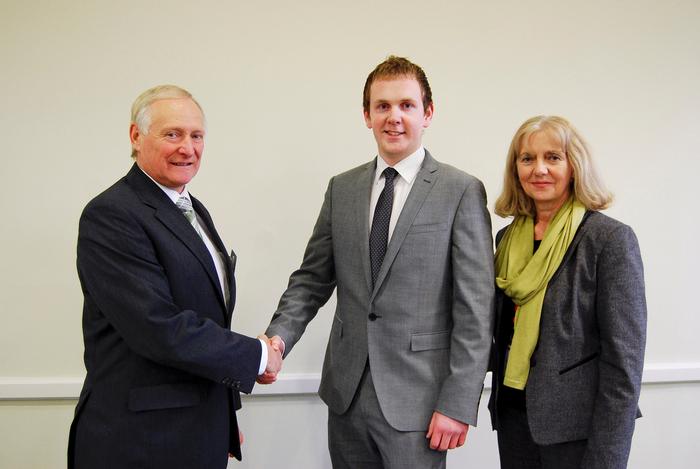 The CLAAS Group has chosen Irishman David Thornton as its next Agricultural Engineering scholar from Harper Adams University.

David, 20, from Maganey, County Kildare, Ireland is currently in the second year of an honours degree in agricultural engineering.

As this year’s winner of the coveted  CLAAS Scholarship, David, who grew up on the family farm, will have his fees for the second and fourth years of his studies covered, and in year three he will complete a one-year sandwich placement with CLAAS, spending time in England and Germany.

In selecting David as its latest Scholar, CLAAS took into consideration not only his academic background, but also his character, skills and enthusiasm for agricultural engineering.

David said: “I’m absolutely thrilled – it’s a once-in-a-lifetime opportunity. I have worked with CLAAS machinery over the years and have a genuine interest in the machinery they produce, especially combine harvesters, coming from an arable farm.

“I am excited about spending a year working for CLAAS. I expect to be working for them in the UK next summer, then going out to Germany in October.  It’s going to be great to see how such a prestigious company operates, and living abroad for the best part of the year will be some experience – although I am already living abroad, having come from Ireland to study in England!”

Students Thomas Sutton and Michael Brown were close runners-up for the award, after the candidates gave presentations to and were interviewed by a judging panel comprising CLAAS UK Head of Human Resources Jane Broomhall; Divisional Manager - After Sales Alastair Tulloch and Harper Adams Senior Lecturer and Placement Manager Richard Langley.

David, who attended Coláiste Lorcáin Post-Primary School, in Castledermot, before starting at Harper Adams, said he wanted to thank the panel for giving him such an amazing opportunity, and paid tribute to runners-up Thomas and Michael who were “tough competition”.