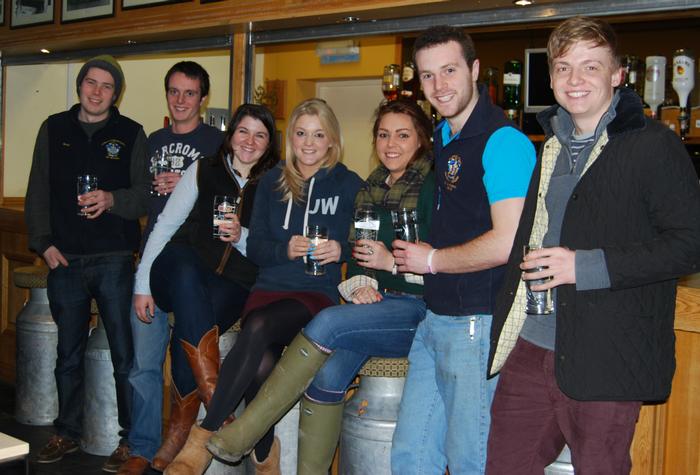 A group of Harper Adams University students are hoping to feel fitter and healthier whilst raising money for charity by giving up alcohol to support national campaign, Dryathlon.

Harper Adams students might pride themselves in staying true to the university’s motto - ‘work hard, play hard’, but for the 31 days of January, not one alcoholic drink will pass the lips of those taking part.

The 10 students are hoping to raise £1,700, with proceeds going towards the Cancer Research UK campaign.

20-year-old agriculture student Matt Holmes from Sheffield, said: “We decided to take part in the Dryathlon campaign because it is such a good cause and so many people are affected or touched by cancer.”

The ‘Dryathletes’ have arranged several fundraising events as well as collecting sponsorship from friends, family and fellow students.

Off Road Vehicle Design with Marketing and Management student, Henry Coles, 19, from Bath, said: “I’ve actually found it relatively easy so far, although sometimes you just fancy a social pint in the evening with friends.

“I’ve surprised myself, I’ve not really missed it on actual nights out and it’s been nice to receive such support from other students.”

Since giving up alcohol on January 1, the students have found themselves more focussed on their university work, and mornings have proved easier to cope with.

Naomi Lewis, 21 from Church Stretton studies BSc (Hons) Agri-Business. She said: “It’s only half way through the month and I’m already starting to feel better. I have more energy and I feel healthier.”

Donations can be made online here.