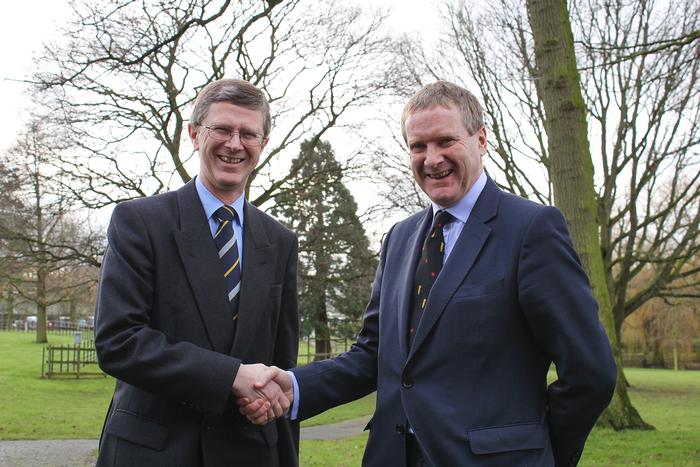 Harper Adams University is delighted to have welcomed Philip Coles, from the Duchy of Lancaster, to its Shropshire campus.

Mr Coles is Rural Surveyor of Lands for the Duchy - custodian of more than 18,700 hectares of land across England and Wales and one of the University’s newest scholarship partners.

From autumn 2014, second year students studying agriculture and agri-business degree programmes will be able to apply for the new Duchy of Lancaster scholarship through the Harper Adams Development Trust Office

Mr Coles was welcomed to Harper Adams by the University’s Vice Chancellor, Dr David Llewellyn, before meeting with further members of the senior management team, course managers and representatives of the Development Trust. He also had a guided tour of the university campus.

Dr Llewellyn said: “We are delighted to have the Duchy of Lancaster on a board as a new scholarship sponsor. The Duchy is keen to protect the future of its agricultural land holdings and has shown real commitment to supporting the next generation of farmers.

“Today’s talks focussed on how the scholarship will be awarded and administered. Students on the two eligible degree courses will be invited to apply at the start of the 2014/15 academic year.”