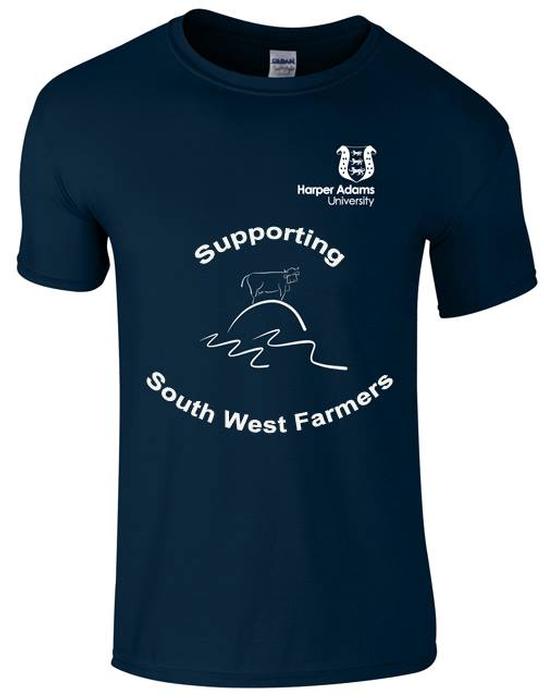 Harper Adams University staff and students are helping to support flood-stricken farmers by purchasing specially designed t-shirts and donating money to the crisis.

The fund-raising began yesterday in reaction to the past few weeks of severe weather which has led to flooding, particularly in the South West of England.

Final year student, Chloe Cross, kick-started the campaign when she realised that many staff and students wanted to help.

The 21-year-old from Addlestone, Surrey, said: “The farming community is extremely tight-knit and is known to pull together in times of need.

“Farms are being totally wiped out and it’s devastating for small-scale farmers whose livelihoods are being destroyed by something completely out of their hands.

“I knew that staff and students here would want to help so decided to take things into my own hands and get the ball rolling.”

Chloe, who studies FdSc Agriculture, has designed limited edition t-shirts for staff and students to buy to publicly show their support.

She is also visiting staff offices and manning the catering outlets to collect donations, and is using social media to reach out to the Harper Adams community.

Money collected will then be donated to the cause via the National Farmers’ Union (NFU) and the Farming Community Network (FCN).

Land Management Lecturer, Charles Cowap, said: “Farms are small businesses. There is no ‘standard business model’ for a farm and the impact of flooding on each farm can vary with cropping and stocking policies, the proportion of land which is flooded, whether buildings and fodder stocks are flooded and a host of other variables.

“Immediate clean-up costs alone on open land can easily be £15/ha, but this is dwarfed by the overall loss to farmers at up to £1,400/ha once the loss of cattle sales, contracting income, the costs or reseeding damaged pasture and so on are all taken into account.

A special thank-you to Paul Nash at Fortis Sports Solutions for supplying the t-shirts. 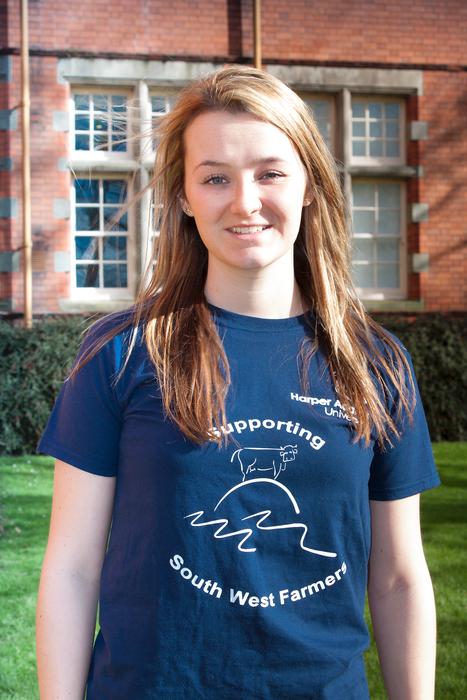