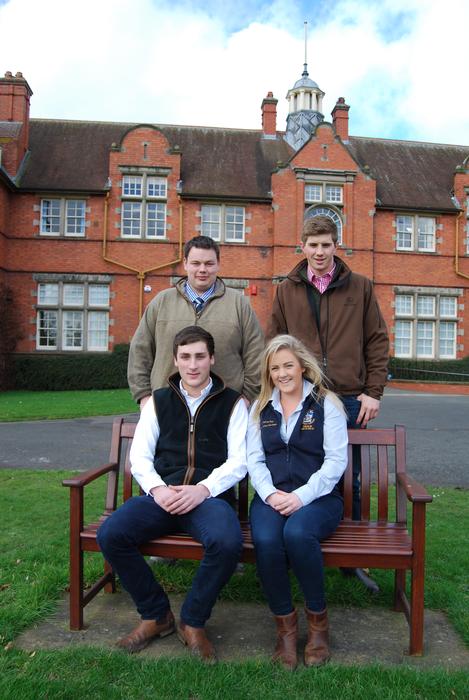 Harper Adams University students are continuing to show their support for flood-stricken farmers in the South West of England by organising fodder collection and delivery campaign, #NeedForFeed.

Nine students from a range of courses are appealing to Shropshire farmers, land owners and companies to donate feed which the students will then personally deliver to those requiring help.

They are asking people to drop their forage off at a designed location on February 27. The students will then load four trailers and drive in convoy down to Somerset, a journey that is anticipated to take nine hours each way.

22-year-old FdSc Agriculture student, Tom Gardner from Arundel is amongst the students organising the convoy. He said: “It feels as though the help is starting to die down a little now despite farmers still being very much in need.

“We decided to organise #NeedForFeed because we want to encourage people to keep helping as farmers still desperately need help.

“We hope that by coming together, we will be able to call on all of our contacts to secure enough fodder to fill the four trailers.”

The tractors have been donated to the students by four Shropshire machinery dealerships –Ravenhill, Rea Valley, PVW Pugh and Hawk.

The students have also secured various other means of sponsorship from other local traders, including signage for the trailers, t-shirts from Harper Adams Students’ Union and two-way radios to ensure the convoy stays together.

Lucy Harrison, 19, from Lancashire studies BSc (Hons) Rural Enterprise and Land Management. She said: “Everyone has been really supportive so far, but what we now need is sponsorship for the fuel and forage to fill the tractors to pull the trailers.

“We just hope that we can raise this money otherwise it will take the funds away from those that really need it – the farmers in the South West.”

Donations can be made via the Harper Adams SU Website, and sponsorship enquires can be made on the #NeedForFeed Facebook Page.

BBC Radio Shropshire will be conducting a live radio appeal for the fodder on Monday, with the exact drop-off location to be confirmed.

Previous support for the South West farmers has been via Chloe Cross and her t-shirt campaign, find out more, here.