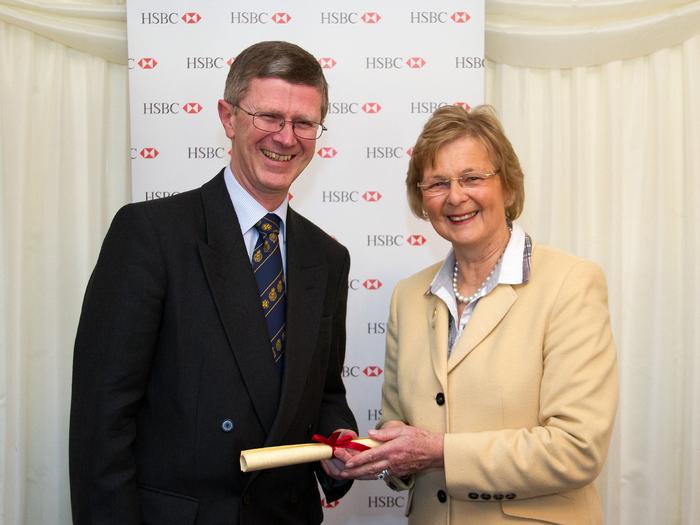 Dr David Llewellyn, Vice-Chancellor of Harper Adams University, was recently made an Associate of the Royal Agricultural Societies, at a ceremony held at the House of Lords in London.

The event saw 35 people awarded Associateship or Fellowship of the Societies, and was attended by many leading figures from the agricultural sector.

Dr Llewellyn, who received the award from Baroness Byford, said: “I am greatly honoured to have been appointed as an Associate of the Royal Agricultural Societies.

“Importantly, however, the award is also recognition of the strong reputation of Harper Adams within the sector, and the vital role played by staff and students who continue to contribute to the university’s success."

Associateship of the Royal Agricultural Societies may be awarded to those who can demonstrate significant contributions to the sector through innovation, excellence in technical performance, leadership in agricultural organisations or other service to the community.

The Council for Awards of the Royal Agricultural Societies is assisted by national panels in England, Wales, Scotland and Northern Ireland who determine who is eligible.