Two Harper Adams University business students have taken a marketing idea that began in the classroom and turned it into reality – or rather augmented reality!

An eye-catching globe of images of student life, which spins into action when scanned with a mobile phone app, was developed in conjunction with second year students Jacob Bower and Antonia Evans, both 20, as a spin-off from a class about integrated marketing techniques.

Lecturer Becky Payne enlisted the help of colleagues from the central Harper Adams marketing and communications department to get students thinking about modern marketing techniques and to judge the ideas pitched by various teams.

“We have adopted various smaller ideas from students’ pitches”, explained Web and New Media Manager James Armstrong. “But one idea, from Jacob and Antonia, really stood out.

“They had sought me out before they made their pitch and asked if augmented reality might be an option. And I said that yes, we could support it. Then, when I saw their pitch, I really wanted to use it for our new alternative prospectus – a brochure designed to entice new entrants to the university by showing what life is like for our students.”

Jacob explained: “We were asked to design a poster that would feature as a single page in the alternative prospectus. One of the first things we did was look at other universities’ alternative prospectuses and the ones we saw didn’t seem to have the right balance. They were either too corporate, and quite dull, or too heavily-focussed on partying, which is not for everyone.

“We also looked at what the Harper Adams marketing team was already doing and picked up on the Our World campaign. We thought we could put a student twist on it and struck upon the idea of having this world in our hands.”

Antonia added: “I went home and took some photos of my mum’s hands and made a Vine video of a little globe spinning around, which we used in the pitch. The idea was that we could show all the different aspects of life at Harper – of our world. And as it spins it can move from day to night, conveying everything from academic life to nights out.”

James said: “All of these things stood out in their pitch – they had done a lot of research, considered how it might relate to what we were already doing and even used modern marketing tools to pitch the idea to us. The Vine showed how it could be animated – they were very creative in putting that idea across.

“We are very keen, in our marketing department, to try new things and we aim to be early adopters of new techniques. Augmented reality is an area where we are ahead –I am not aware of many other universities using it yet but we have been trialling it for more than a year now.”

Jacob and Antonia have continued to work with James to develop the idea. After a series of meetings, a photo-shoot (Jacob is the student holding the world in his hands) and extensive work with external graphic designer Nick Tarte, their idea has come to fruition and can be seen in the new alternative prospectus “Work/Play”.

“It’s even better than we envisioned. It was great to see it all come together and be able to evaluate the various concepts the designer put forward. I found it really interesting. The tech side was fascinating,” said Jacob, from Barnoldswick, Lancashire, who has ambitions to rise through the ranks of retail management before ultimately running his own company.

“I’ve never done something that has become part of a big organisation’s marketing,” said Antonia. “I’d given ideas here and there, but we have been able to take this from start to finish and it was a great experience,” added Antonia, from Clitheroe, Lancashire, who plans to gain experience of business in marketing in a wider context before returning to her family’s agri-chemical business. Antonia has just secured a position within the Harper Adams Marketing and Communications Department for the sandwich year of her degree, starting in September. 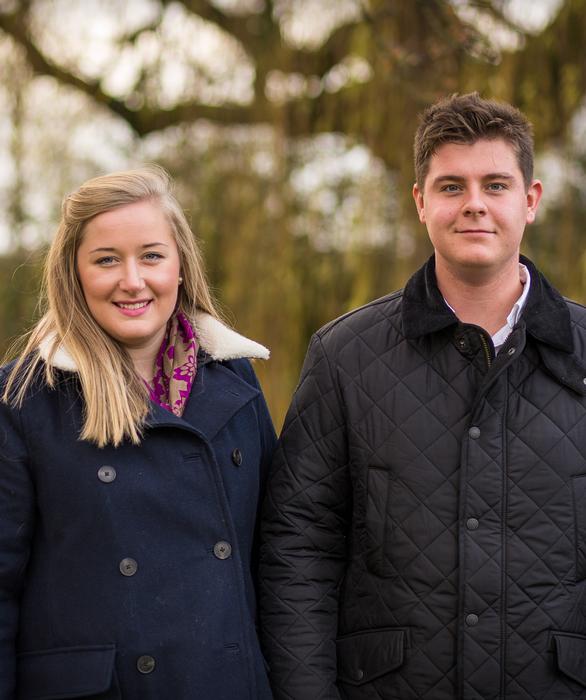 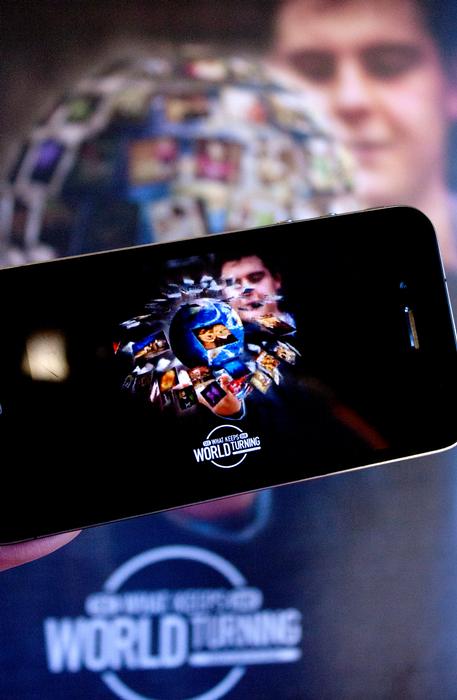