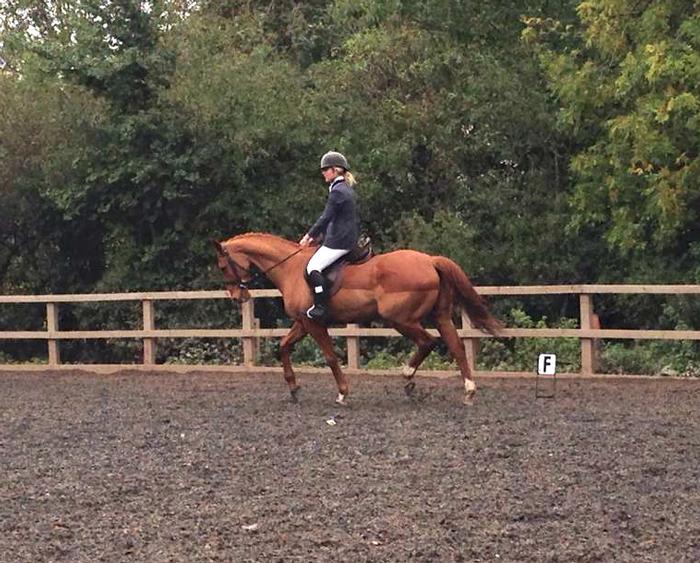 Students from the Harper Adams University Equestrian Club are celebrating following a string of successes throughout the season, proving a huge improvement compared with previous years.

Outgoing Captain, 19-year-old James Bradshaw from Wiltshire, said: “This year we have seen such an improvement on previous years and the club is really thriving.

“To compete, we have to travel to other universities and ride their horses, with the aim of getting the best performance out of an unknown horse in a short space of time.

“One of our successes has been first year veterinary physiotherapy student, Steph Gunn, who has qualified for nationals in the BUCS Equestrian Championship competition as an individual. She did extremely well in the regionals, coming second out of 18 with some tough competition.

“Although narrowly missing out on the regionals, our A team captain, first year REALM student Sian Kirwin, achieved a third and fifth in the league competitions, contributing to the A team success.

“The B team also had an improved year with a win at their home team competition, beating Bangor and Chester Universities. Harriet Tyler came second and Heather Danks came fourth.

“These are all great results and exciting for us as a club.”

The Equestrian Club is open to all abilities, from those that have never ridden before to accomplished riders looking to compete for the university.

James, who studies BSc (Hons) REALM, added: “We now hope to build on our success in the competitions whilst also making the lessons more affordable for people in the future.”