Students receive thanks from Prime Minister 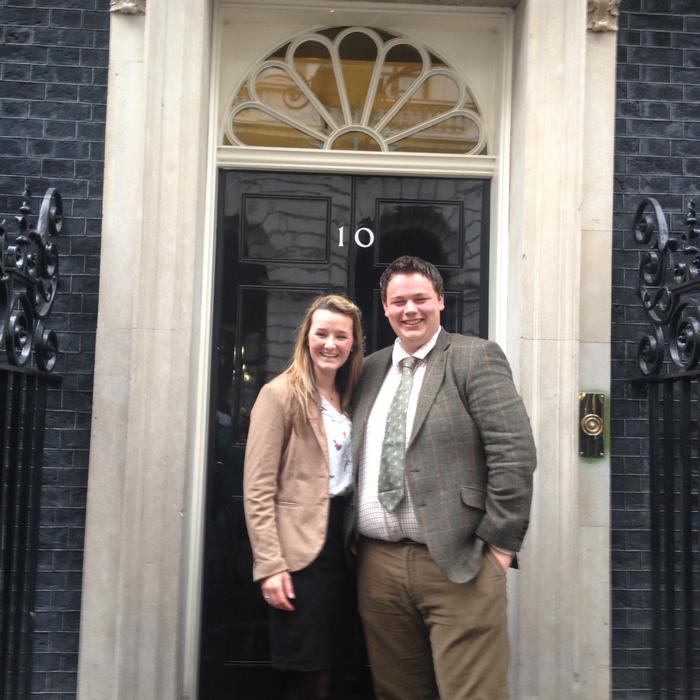 Two Harper Adams University students have been thanked for their support of Somerset farmers affected by flooding, during a visit to Number 10 Downing Street earlier this week.

Chloe Cross and Tom Gardner both instigated fundraising campaigns at the university in Shropshire and were among 150 ‘flood heroes’ invited to attend a reception event with the Prime Minister, David Cameron.

She kick-started the campaign when she realised that many Harper Adams staff and students wanted to help those affected by the extreme weather. The 21-year-old said: “The Prime Minister addressed us all and acknowledged the different levels of help that we each gave.

“He also made several announcements about future aid for farmers affected by the flooding, and a new scheme called Points of Light that will recognise voluntary work.

“The experience was brilliant and it felt quite surreal entering a building that is steeped in such history.

“I really enjoyed meeting the Prime Minister and we even managed to have our photograph take with him with one of our t-shirts!”

Joining Chloe in the support was 22-year-old Tom Gardner from Arundel who rallied around 10 students to orchestrate fodder collection and delivery campaign, #NeedforFeed.

The group appealed to Shropshire farmers, land owners and companies to donate feed which the students then personally delivered to those requiring help.

As well as the feed, they secured support from a range of local businesses, including tractor loans from dealerships and sponsorship money for diesel to fuel them to their destination.

FdSc Agriculture student Tom, said: “It was an amazing experience and very humbling hearing some of the stories of loss from those affected, and how the volunteers have made such a difference in a very testing time.

“We spoke to all sorts of people from all over the country ranging from the Red Cross to the Environment Agency.”