“I see my future role as trying to make our systems more efficient by taking the animals’ patterns of behaviour into account. By thinking about behaviour, genetic background, and an animal’s domestication and evolutionary history, we can develop systems that are more productive and potentially more sustainable." 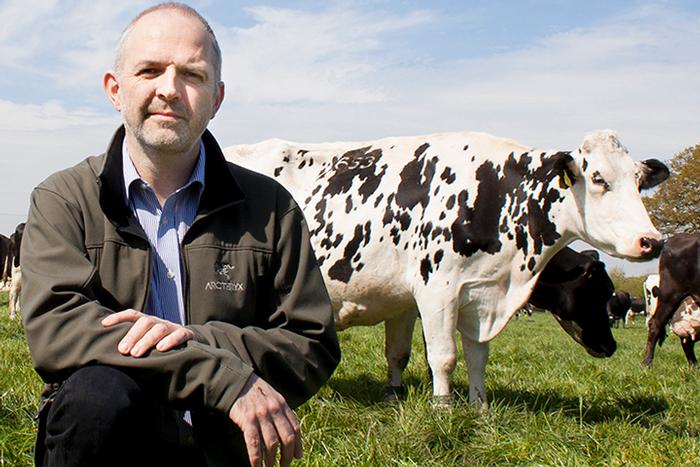 Harper Adams University’s Dr Mark Rutter has been promoted to Reader thanks to his strong record of research on animal behaviour.

As Reader in Applied Animal Behaviour, Dr Rutter’s work will focus on how the study of farm animal behaviour can be used to develop more efficient, sustainable livestock systems.

“It is pleasing that Harper Adams has seen the value of my prior research and seen fit to award me promotion to reader,” said Dr Rutter, who has a strong international profile in applied ethology. “I see my future role as trying to make our systems more efficient by taking the animals’ patterns of behaviour into account. By thinking about behaviour, genetic background, and an animal’s domestication and evolutionary history, we can develop systems that are more productive and potentially more sustainable.

“It’s not just about sustainable intensification, but also sustainable efficiency. How can we use technology to meet the individual needs of animals?

“With the intensification of agriculture, there has been a tendency to manage to the mean, for example, to feed according to the average animal. But my earlier research has shown that even the average animal, over the course of one day, changes what it wants to eat.

“One of the things animals probably value is the ability to have some control over their environment. In experiments conducted by a PhD student I am supervising, Priya Motupalli, we have shown that where cows had the choice of being housed in cubicles or going outside to pasture, they produced more than 6kg more milk than those which were continually housed.

“Part of that is, we think, because they were eating grass outside, so eating more overall. But I also think part of the reason for the greater levels of production was because it was less stressful for them – they could walk away from the dominant cow rather than experience fear when she was in close proximity.”

While Dr Rutter’s most recent studies have focussed on dairy cows, he has also worked with poultry, sheep, goats, beef cattle and wild deer. “Applied ethology - the study of animal behaviour - is still quite new as a research field, and there is a lot of value in taking a comparative approach” he adds. “We can learn a lot about what’s going on by looking at how species are similar and how they are different. All of those animals, bar the wild deer, are domestic animals. Domestication has changed them from their wild counterparts but not completely.

“We need to try to understand that and design management systems around the animal, rather than make the animals fit our systems. This is not necessarily from the point of view of animal welfare, but with the aim to make systems more efficient. In a system driven by animal behaviour, good welfare should follow as a consequence.

“Sustainable intensification is important, but improving the sustainability of our extensive systems will be important in the future and the technology will play a role.”

Because of the value technology is expected to have to developing these systems, Dr Rutter is now also Head of Precision Livestock within the National Centre for Precision Farming at Harper Adams, a hub of agricultural engineering expertise, and will be working closely with the university’s engineers.

“There are lessons to be learned from some of our European counterparts who are already using high-tech approaches to managing comparatively low input systems. If we, in the UK, are going to keep up, we need to have a more progressive approach to using technology in extensive systems.

“I think that is where my expertise in terms of precision livestock will hopefully broaden. Technologies developed as research tools could be applied in the future to on-farm precision support tools.”

For Dr Rutter, the promotion means his teaching timetable will be slightly reduced to allow time for more personal research. But teaching remains an area he is passionate about.

“I like to have a balance of teaching and research. I teach evolution and domestication and, even though it’s a first year module, the content helps my research thinking. I’m very enthusiastic about this module and, despite being highly theoretical, the students seem to enjoy it because it gets high student satisfaction scores.

Dr Rutter even applies his research topics to teaching, using both technological and evolutionary knowhow to inform modern, efficient methods of assessment.

“I am very keen on e-assessment: running computer-based exams, an approach initially developed as part of a University Modernisation Fund project. The analysis of the exam results shows me which questions work better than others. There is an element of natural selection, helping the exam to evolve with each set of results.”

Yorkshire-man Dr Rutter holds degrees from York and Leeds Universities and a PhD from Edinburgh University. Prior to starting work at Harper Adams University seven years ago, he was employed for 15 year at the Institute for Grassland and Environmental Research, Devon. 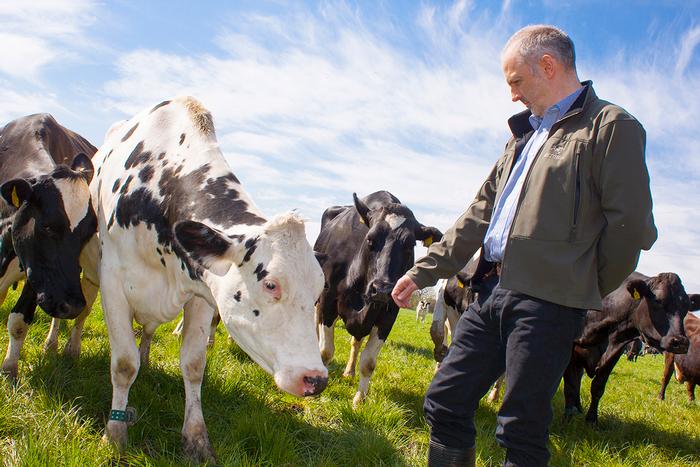