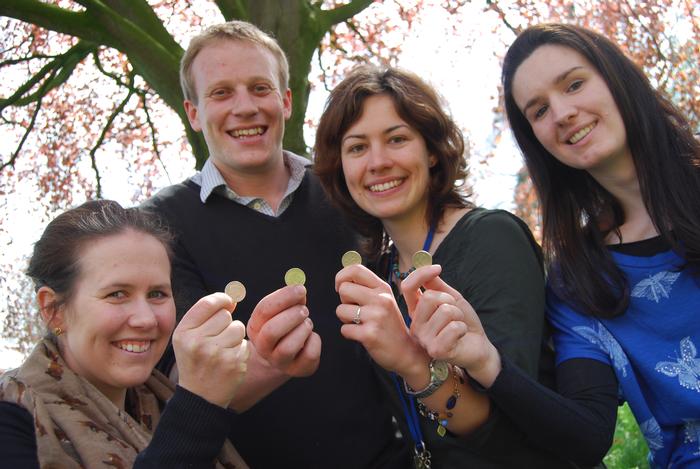 A group of Harper Adams University postgraduate students will be living on just £1 a day as part of a global campaign to combat extreme poverty.

Live Below the Line is an awareness and fundraising campaign that challenges individuals to eat and drink on £1 a day for five days, bringing to life the experiences of the 1.2billion people currently living in extreme poverty.

Seven Harper Adams research students, led by 25-year-old Sophie Goodall, have signed up for the campaign, which begins on Monday April 28.

Sophie from Bridgnorth said: “I became aware of the campaign through a friend in Australia who is participating for the second year, who I met at a food security summer school three years ago.

“I then thought I’d share it with the postgraduate community at Harper Adams in hope of signing up a few more participants, as I believe it fits nicely with the university’s commitment to teaching students about sustainable food production.

“It won’t be easy, as we won’t be able to afford meat or animal products, so we plan to live on things such as porridge made with water, rice and lentils.

“The whole point in taking part in the challenge is to raise awareness of how little some people have to survive on. We are only doing this for five days but through our own choice, others don’t have the option.”

Challenge participants choose one of 35 charity partners working alongside the Live Below the Line campaign. The Harper Adams team has chosen Send a Cow – a charity that delivers resources and knowledge to help Africa’s poorest families to help themselves.

Everything raised for Send a Cow between April 1 and June 30 will be matched pound-for-pound by the UK government.

As well as the UK, people have signed up to take part from the USA and Canada, simultaneously spending five days living below the line.