“I have to say a huge thank you to the Poultry Industry Education Trust, who provided a scholarship, without which, I wouldn’t even have been able to take the job." 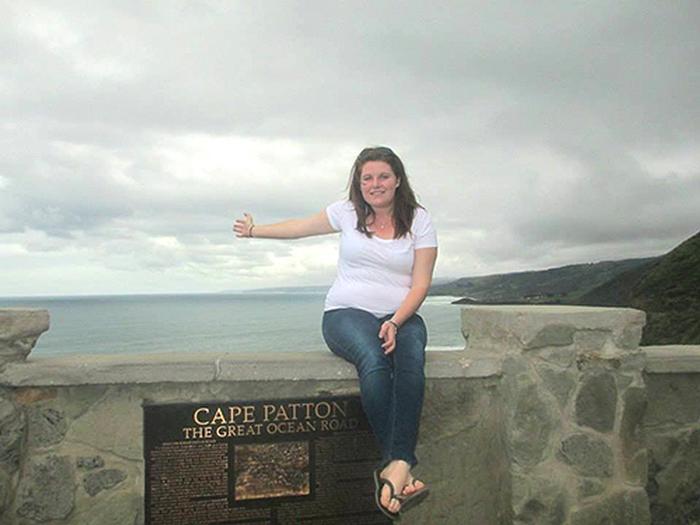 Harper Adams student Pamela Cousins has been enjoying a well-earned break at home in Northern Ireland, while on holiday from an eye-opening and exciting sandwich year in Australasia.

BSc Bioveterinary science student Pam, 22, is on placement with international poultry company Aviagen. She was based in Griffith, Australia, for the first six months of her year in industry – a key component of Harper Adams University undergraduate courses – and two months ago transferred to New Plymouth, New Zealand.

While back in Downpatrick, County Down, for a family celebration, Pam chatted about her experiences so far:

“I am a poultry trainee student, a role which is giving me an overview of the whole company: rearing, production and hatcheries, as well as working with customers.

“I have loved every minute of it. I was a bit of a ‘homebird’ before, so this was a big step for me. Not just going to the other side of the world, but moving into the poultry sector after being raised on a beef and sheep farm.

“I hadn’t really considered poultry until the poultry conference at Harper Adams when it was explained that poultry might be the answer to feeding the future population. It’s a growing industry and sounded like an exciting avenue to pursue.

“Aviagen have been great. They could have just got me over to Australia and let me get on with a job, but this has been an experience tailored towards what I want to do and experience. They make sure I am happy and learning what I need to.

“I had my own project to work on in Australia, investigating the welfare of chicks during transportation, and Aviagen made sure I had all the right equipment to conduct the research. I’ve finished the practical side and will be bringing all of my findings home to hopefully use in my final year dissertation project – I just hope I’ve captured them well enough to make sense of it all come October!

“Living abroad this year has given me a real sense of independence. I’ve had freedom at the weekends to go and see more of the two countries and experience the culture. One of the most memorable experiences so far was going to the Great Ocean Road, with its stunning views, and I’ll always remember visiting Sydney.

“There is another Harper Adams student out there with Aviagen, but he was in New Zealand while I was in Australia and we have now swapped. I think that has been good, because if we had been in the same place we might have leaned on each other and not gone out and made new friends - I have made some of the best friends I think I’ll have in life in both Australia and New Zealand!

“It really has been great to get home and see my family and friends in Northern Ireland, but I am enjoying my placement so much that I am looking forward to getting back. I will be working for Aviagen in New Zealand until the end of July, then I hope to do some travelling over there before I come back to the UK, ready for the start of my final year at Harper Adams in October.

“I have to say a huge thank you to the Poultry Industry Education Trust, who provided a scholarship, without which, I wouldn’t even have been able to take the job. The money went towards my travel costs. I had been saving up, earning what I could by doing lambing work in 2013, but this scholarship was the final piece of the jigsaw. It meant I could not only get to Australia, but also have some back-up money in case anything went wrong.

“I also need to thank Basil Bayne who helped me to secure the job through his contacts at Aviagen.” Mr Bayne is Secretary of the Harper Adams in Ireland association for former Harper Adams students from the island of Ireland.

Pam, a member of the Harper Ireland student society, attended Down High School until she completed her GCSEs, then worked for three years in a veterinary practice before starting the extended foundation degree programme at Harper Adams – a route for students without any A-level qualifications to gain access to a degree course. She is now in the third year of her BSc Bioveterinary Science degree and, after a final year of academic study, will graduate in 2015.

“After graduation I would really like to work in the poultry industry. I enjoy research work but would also enjoy a management role within the sector,” she added. 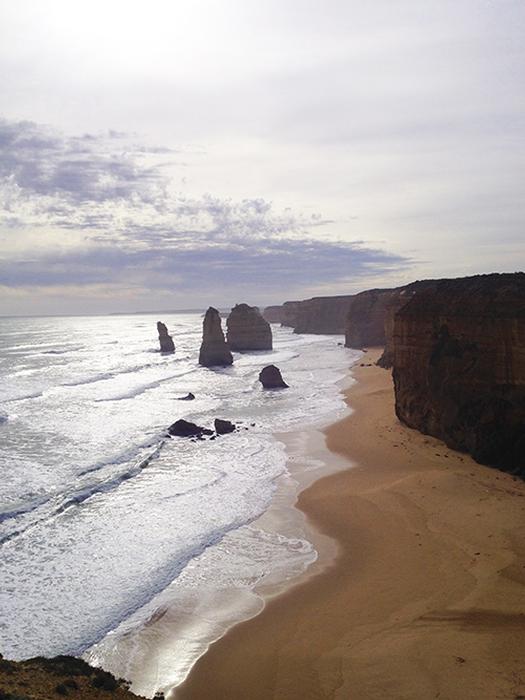