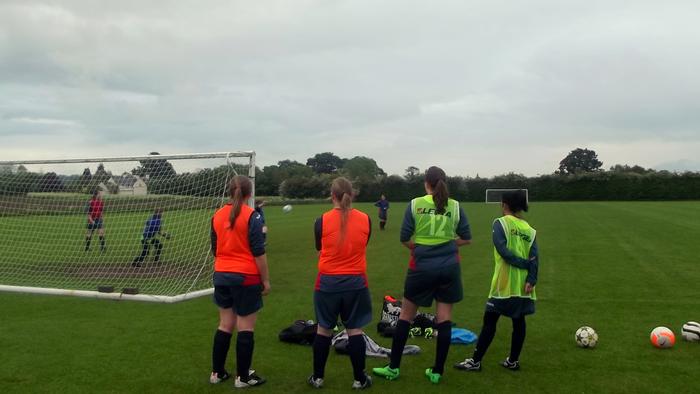 Ladies football at Harper Adams University has had a kick start thanks to impassioned students and vital sponsorship.

Around 15 students and women from the local area have formed a new team, training on campus every Thursday evening.

They are currently playing friendlies but hope to join an official league for competitive matches at the start of the next academic year in September.

20-year-old BSc (Hons) Agriculture and Animal Science student, Lauren Johnston, decided to rally some players when she realised that other female students also have a love of football.

Lauren from Markethill, Armagh, said: “I love sport and played football back when I was in primary school because I wanted to prove the boys wrong and show them that girls can play!

“If people want to join us, they just need to bring some shin guards and their trainers because we are all of mixed ability. Some people have experience, some don’t, but we all help out, particularly with the off-side rule!

“Anyone is welcome to come along for a taster, there’s no initial commitment and we now have a fantastic new strip to wear with a specially designed logo so feel like a proper team.”

The team is sponsored by the Lamb public house in Edgmond and supported by Paul Nash of Fortis Sports Solutions.
Although they have no official captain, the women take it in turns to lead each match.

Lauren, who established the club alongside fellow students Alisha Gorman and Sarah Barker, added: “The dream for the team is for me to return from my placement year and find that there’s a strong ladies football team developing so I can join again.

“I hope that the matches will attract new players from the university and the local area and encourage more women to take part in the game.” 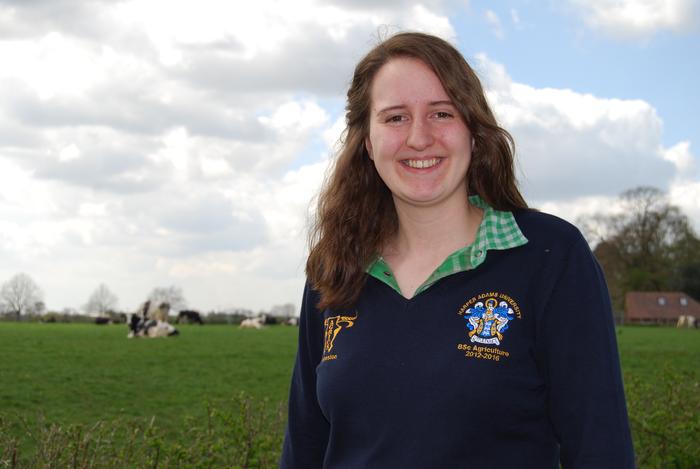