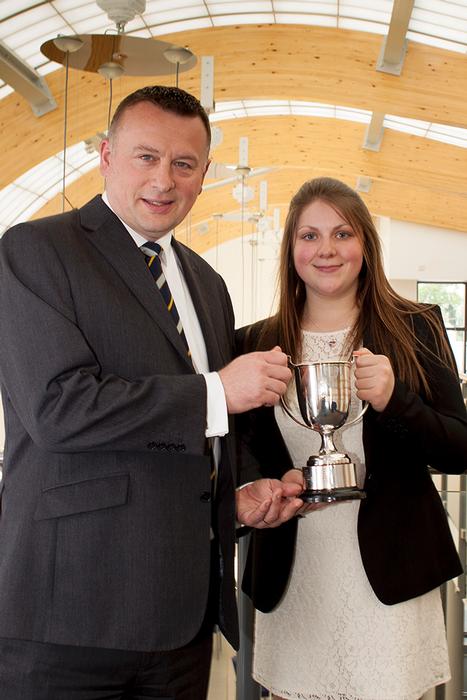 The winners of the 2014 agriculture placement awards were announced at Harper Adams University recently.

The top placement performer from the foundation degree cohort, and winner of the NatWest Trophy, was Alice Rabjohns, 21, from Tiverton, Devon, who worked for Antony Adorian, owner of a progressive low-input, high-output dairy farm in West Sussex.

Placement manager Terry Pickthall said: “Alice stood out thanks to not only very high levels of performance across all criteria, but also being able to relate her achievements and plans for the future directly to her experiences on placement.

“She was able to bring knowledge of beef farming from her family business and apply it in new ways to calf rearing and other stock duties. She also stepped up to the plate and took on a lot of additional responsibility when another employee left, thoroughly impressing her employer.”

Alice said: “I wasn’t expecting it at all, but it’s really nice to have all of my work on placement recognised and it feels like it has really paid off now.

“I’m hoping to travel to New Zealand to continue working on dairy farms, but have just transferred to honours degree so will be returning to Harper Adams for an extra year.”

After receiving a gift for his support for the placement awards over many years, Mr Downes explained: “I came to Harper Adams for a 50-year reunion last year, which I thought was quite an achievement. During the judging, I decided it was time for a younger man to do it. I have met a lot of enthusiastic sandwich year students over the years by judging this award.”

Second in the NatWest Awards was Charlotte Wright, who worked for poultry company PD Hook. Third was Jonathan Ibbett, employed by the Great Tew Estate, and the runner-up was Richard Frost, who spent a year with Hillfairs Farming, Suffolk.

The Andrew Lewis Award, presented by Sheila Lewis in memory of her son, a former student at the university, was won by Oliver Corbett, 27, Llanymynech, Powys.

Mr Pickthall said: “Oliver broke new ground for an agriculture student on placement, working around the globe. Six months were spent working with Armajaro in Eastern Africa in coffee production - a challenging and rather different environment to someone more familiar with the Welsh borders. Oliver achieved a lot in Kenya, gaining the respect of both his supervisors and the large teams of warehouse workers he managed. The second half of his placement year was spent studying plant science-based modules for a semester at the world-renowned Cornell University, where he achieved extremely high marks”

Oliver said: “I’m thrilled with my placement which took me around the world, it was a superb experience.

“It’s absolutely fantastic to get the recognition through the award, and what it means to both Harper Adams and Mrs Lewis.

“I hope it will stand me in good stead for the future.” 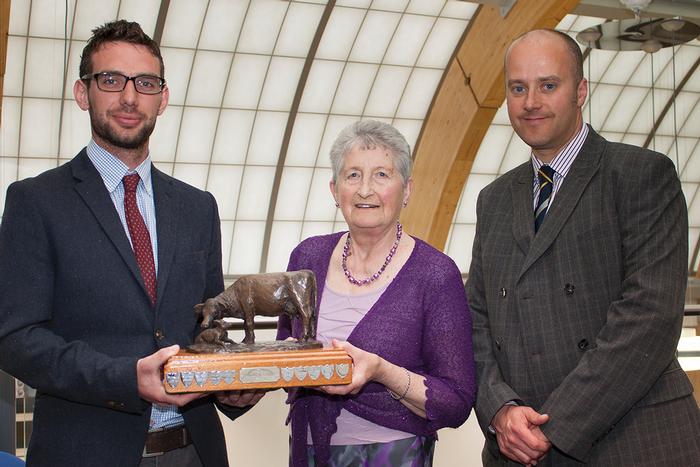