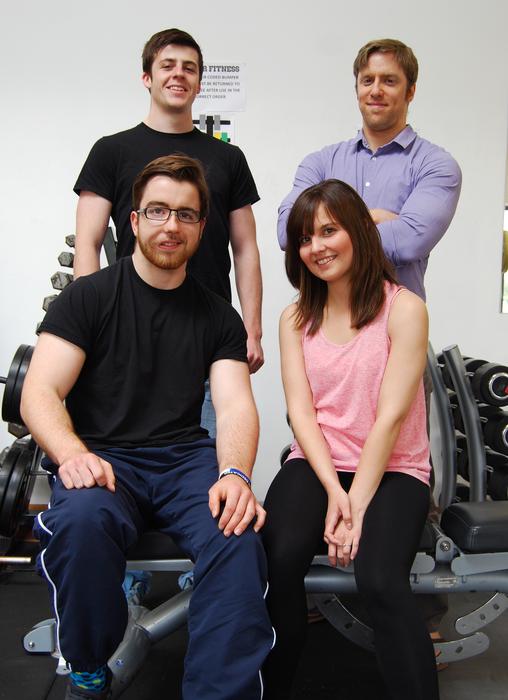 Dedication to encouraging healthy lifestyles has led to a group of Harper Adams University students being shortlisted for three awards.

The students form Harper Fitness – a group of volunteers that help to run the Students’ Union gym facilities, including conducting member inductions and ensuring correct equipment use.

Together they have been shortlisted in the following categories of the Telford and Wrekin Active Lifestyles Awards –Adult Team of the Year and Active Lifestyle Award. 19-year-old student Ceri Jones from Oswestry is also a finalist in the Volunteer of the Year category.

The winners will be announced at a special awards evening held in conjunction with the Annual Sports Scholarships at Oakengates Theatre at The Place on Tuesday July 8.

Student Services Support Officer for Sports, Societies and Participation, Andy Jefferies, initiated and continues to manage Harper Fitness to improve the management of the gym.

He said: “Previously, the SU employed a part-time student gym attendant, but we thought that student volunteers could be a better option.

“Within a week we had recruited four volunteers which were then given Harper Fitness branded uniform and trained to perform inductions.

“Regular meetings as a team took place to gain invaluable feedback on gym use, trends and equipment preference; which has led to huge improvements in the kit available, as well as the satisfaction of students and staff.

“All of the volunteers have a passion for keeping fit, and have helped to break down stereotypes often associated with university gym use.”

The students volunteer up to nine hours a week in the gym, with no accidents, thefts or incidents reported since Harper Fitness began.

With more than 280 registered gym members, this is a testament to the success of Harper Fitness.

Andy added: “Harper Fitness is fast growing in popularity, with students already voicing an interest in volunteering at the start of the next academic year in September.

“I am delighted that the students have been recognised in this way with the awards short-listings and know that it will give Harper Fitness an added boost for the future.”

As well as Ceri, Harper Fitness is run by 19-year-old Tom Loe from Melton Mowbray, 19-year-old Jack Lennon from Switzerland and 20-year-old Will de Mey from Devon.

The awards, which honour individuals, teams, groups and business achievements in sport and physical activity, are sponsored by RICOH and Telford and Wrekin Sports Forum.