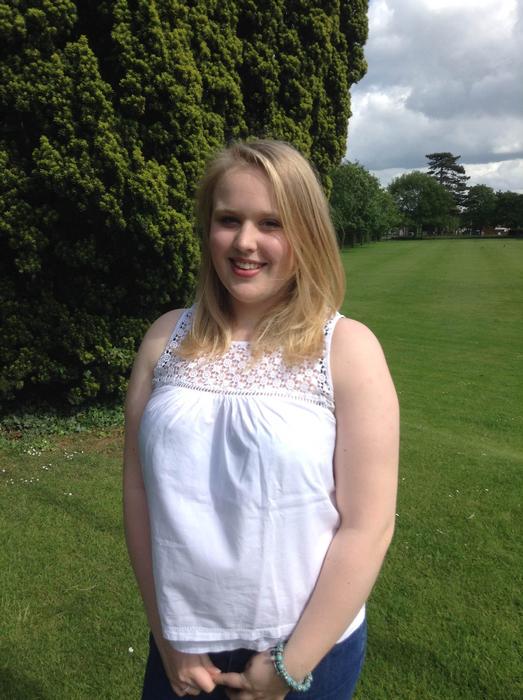 Volunteering for a charity that improves access to higher education has led to a first year Harper Adams student being invited to an annual garden party hosted by the Queen.

Nadia Barbour will be attending the event, which forms part of the Queen’s Holyrood Week celebrations, at the Palace of Holyroodhouse in Edinburgh on July 1.

The 19-year-old is being recognised for her volunteer work at the Crichton Foundation - a charity that offers awards and grants to students wishing to study at the Crichton University Campus in Dumfries, as well as support to the Crichton estate.

Nadia, who studies FdSc Business Management with Marketing at Harper Adams in Shropshire, said: “My mum works for the charity and mentioned that they really needed volunteers, so I decided to help out.

“During my time I’ve helped to set up for events, organise raffles and have worked in the offices. I’ve also conducted a peer review of the website, giving recommendations for improvements.

“The charity is a worthy cause and I’ve always wanted to go to university, so thought that it would be great if I could help others with the same ambitions as me to fulfil their dreams.”

Nadia works for the Crichton Foundation when she returns home to Dumfries during university holiday periods. She will be joined at the palace by her mum, who was also nominated to attend the event.

She added: “I’m really quite excited, it’s a special occasion that just doesn’t happen every day.

“I’m even taking a handbag with me that my gran took to the garden party when she attended back in 1979!”

Reflecting on her own choice of university, Nadia chose Harper Adams after she compared different business degrees and noted the university’s high graduate employment rate.

Despite coming from an urban background and not owning a pair of wellies, she came to an open day and decided that a change in pace was for her.

Nadia, a keen Glasgow Warriors fan, added: “It has been a big change and I am totally out of my comfort zone, but I love it as it has broadened my horizons.

“I live with agriculture students but have fitted in fine even though I wouldn’t have believed it if you’d told me where I would end up studying 18 months ago. And yes, I do now own a pair of wellies!

“Leaving Scotland hasn’t proved too much of a change as I was schooled in England, but I believe that it doesn’t matter where you are as long as you make the most of your time and opportunities.”

Nadia’s dream job is to work in marketing, preferably for the Scottish Rugby Union.