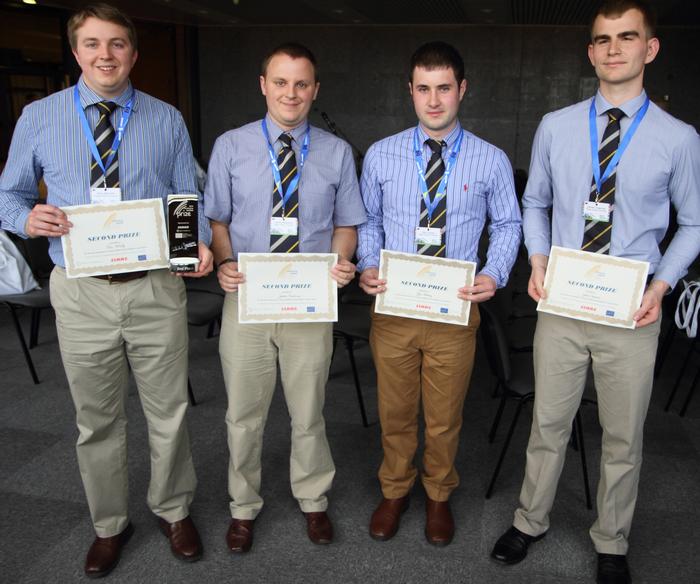 A team of four Harper Adams engineering students have won second prize in a European competition for their innovative use of satellite technology in agriculture.

They submitted the concept of an autonomous precision seed planting robot, known as Demeter, that plants seeds without human supervision, uses global navigation satellite system (GNSS) input for navigation, and has a laser scanner to avoid obstacles.

23-year-old Miles Metcalfe from Northallerton in North Yorkshire, said: “We are very pleased and surprised to have won second prize as the quality of the entries was extremely high.

“We worked on the project outside of structured teaching and chose to enter after seeing the competition advertised and hearing of how previous Harper students had entered and won prizes.

“Satellite technology is fast developing within the sector and the event proved a good opportunity to network with experts from this field.”

The students, who are all in the final year of MEng degrees at the university in Shropshire, received €3000 and were joined by more than 40 entries from 11 European and eight African countries.

Demeter’s base vehicle was constructed as part of a group research project and its application was then developed specifically for the Farming by Satellite competition.

The students then submitted a 10,000 word report to reach the short-list, before giving a 10-minute presentation to a panel of five judges at the finals in Prague.

Head of Off Road Vehicle Design and Final Year Senior Tutor, Dr Ianto Guy, said: “We are extremely proud that our students have again been successful in this international competition.

“The students worked extremely hard to develop the electronic control system for Demeter and have made a significant contribution to the development of Harper Adams as a leader in the field of autonomous off highway machines.”

The competition is a European GNSS Agency (GSA) initiative supported by the European Union (EU) and managed by Helios on behalf of the GSA.

The aim is to promote the use of the GNSS in agriculture and its benefits to farmers, consumers, food security and geo-traceability, remote sensing technologies, sustainable land management, and the environment.

Entries can be about any type of agriculture in any part of Europe or Africa and the competition is open to all students and young people below the age of 32.

First prize was awarded to Daniel Hege of Geisenheim University in Germany, and third prize to Manuel Penteado from Instituto Superior de Agronomia in Portugal. 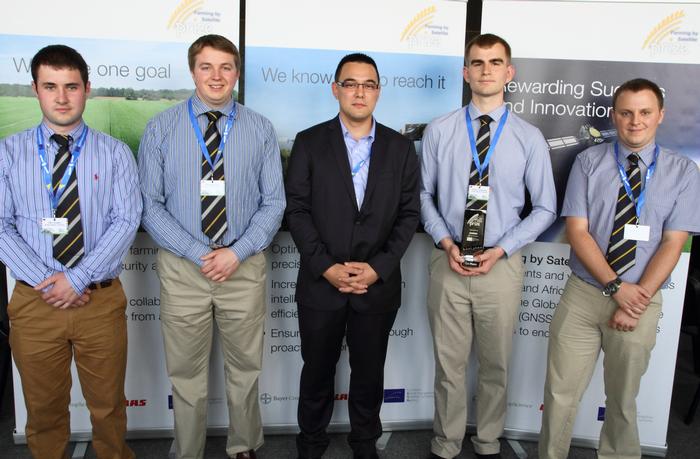