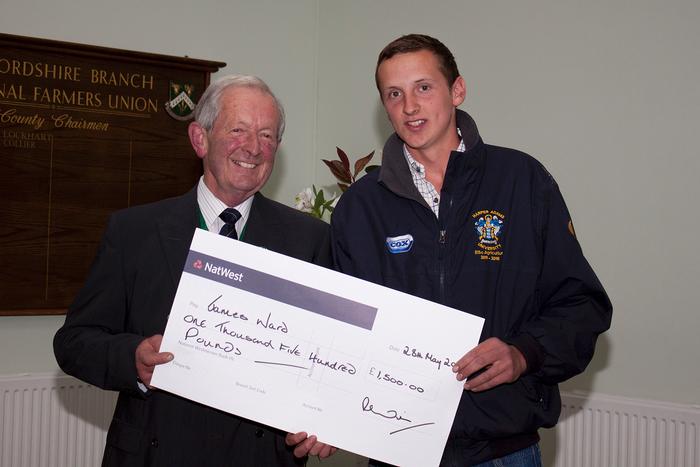 Four Harper Adams University students have been selected to receive £1,500 scholarship awards from the Staffordshire and Birmingham Agricultural Society.

James Ward, 21, from Ashbourne, Derbyshire, was one of two scholars able who attended the Stafford County Show to receive the award. The third year Agriculture with Farm Business Management student said: “I am very grateful that the society selected me to receive a scholarship. It’s a great boost to my confidence, especially given that I don’t come from a farming background.

I plan to use the money to further my education and qualification, perhaps by taking a foot-trimming course or something similar,” added the former Thomas Alleyne's High School, who is currently on his sandwich-year placement with a dairy farm in Eccleshall, Shropshire. James hopes to one day be involved in share farming or work as a farm manager.

Also at the show was 19-year-old Lizzy Jackson, from Hinstock, Shropshire, who has just completed the first year of a degree in Agri-Business, having previously studied at Wrekin College and Reaseheath College.

“I was delighted to be awarded a scholarship from the society, which will be used to help fund my second year at Harper Adams University. I grew up on a dairy farm in Hinstock and have been involved in agriculture all of my life. I am going to be secretary of Newport Young Farmers next year and already get involved in many county Young Farmers competitions including stock judging, float building and rally.”

“I look forward to gaining more practical experience in the ever-changing agri-marketing sector during my year in industry in third year, but ultimately I would love to come home to run the family farm,” said Lizzy, who shows dairy cows and rides horses, as well as playing netball for the university’s first team.

The other two scholarships will go to Louise Sherratt, 21, BSc (Hons) Agri-Business, 21, from Leek Staffordshire and Sammie Wilson, 20, FdSc Agriculture, from Haughton, Stafford. 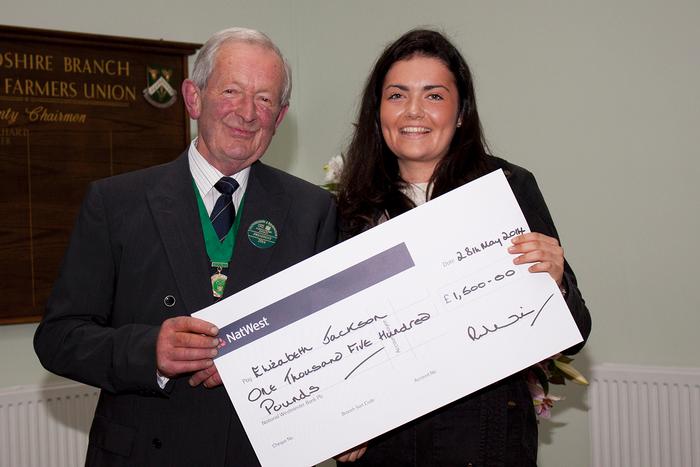