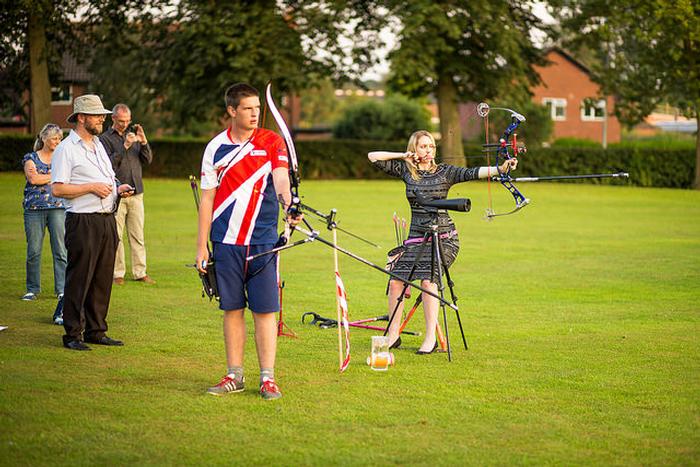 Staff, students and guests attended a talk at Harper Adams University by paralympic archer Danielle Brown MBE, who spoke about motivation and self-belief.

“After Danielle’s inspirational talk and an entertaining Q&A session, we were able see and touch her two magnificent gold medals – from Beijing and London,” explained event organiser Nick Gallagher Hughes, Staff Development Officer at the University.

“Then we were able to witness first hand her exceptional talent – along with Harper Adams student Jacob Vick – as they had a 70m shoot-out.  During the first six-arrow practice session, Danielle won 64 points to 42 but in the 3-arrow timed shoot out, Jacob was victorious 23 points to 21.”

Olympic-hopeful Jacob recently completed the first year of the BSc (Hons) Countryside Management course at Harper Adams, combining his studies with regular archery training at the Lilleshall National Sports Centre, close to the university campus. Having already shot for Great Britain at junior level, Jacob, a member of Meriden Archery Club, has his sights set on winning gold at the 2020 Olympic Games.

Mr Gallagher Hughes added: “Following the experts’ shoot out, all attendees were able to try their hand at archery – from the much safer distance of 15m.  There must be something about being in the presence of greatness, because almost everyone who tried wanted to have another go, and then another - it seems the archery bug may have bitten!

“Thanks go to colleague Charles Cowap and members of Drayton Bowmen who were on hand to offer tuition and guidance for all, keep everyone safe and, most importantly, to provide the bows and arrows for everyone to have a go. Further thanks go to TargetTech, who provided the Olympic-style targets (bosses) for the evening.”

Almost £200 was raised at the event, which will be used to assist in the setting up of a Harper Adams Archery Society, for students and staff, during academic year 2014/15. 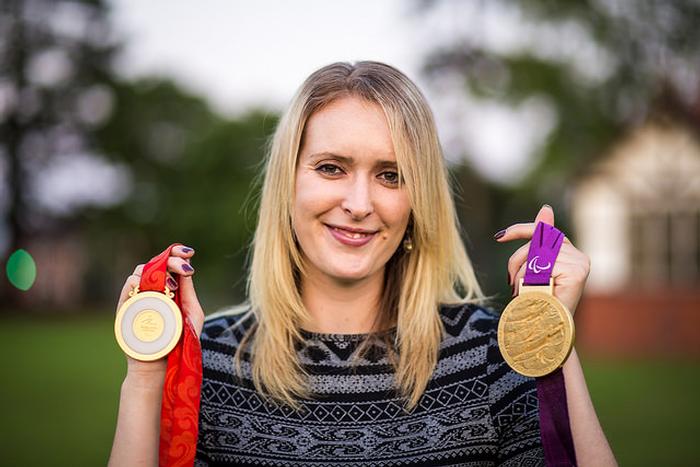 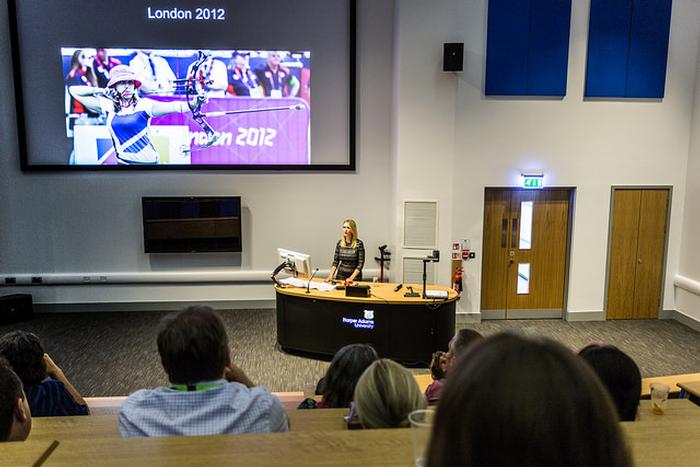