“Edward is an academically strong and capable student who has wholeheartedly engaged with all aspects of university life." 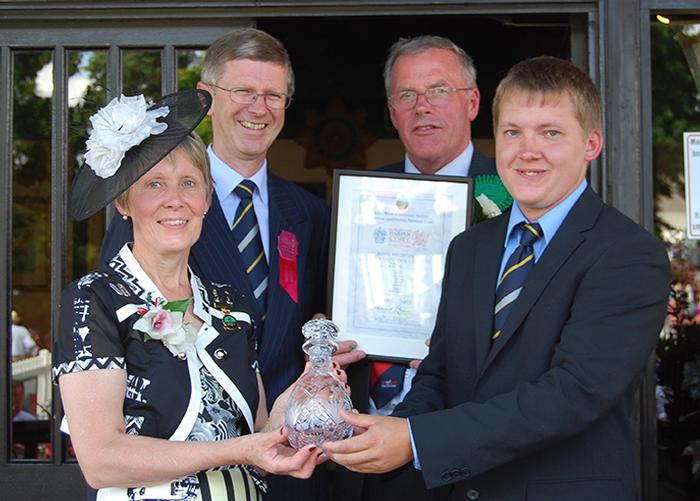 A young Welsh engineer has been honoured for his academic and personal achievements during his time as a student at Harper Adams University.

The award was first introduced in 1999 to encourage Harper Adams students from Wales to contribute fully to developing both their academic and personal potential. Winning the award makes Edward, the first Agricultural Engineering student achieve the honour, eligible for membership of the Future Farmers of Wales – Ffermwyr Dyfodol Cymru,  a non-political and voluntary body  of young farmers who meet up to four times a year to discuss and share ideas and views on the future of farming and rural communities in Wales.

Edward said: “I am very honoured to receive the award for my achievements throughout my time at Harper Adams. Being a member of the Future Farmer of Wales will enable me to have an advantage in the engineering sector as I will be involved with farmers all over the country and abroad.”

Edward, who comes from a small sheep farm at Disserth near Builth Wells, spent the placement year of his degree course in Canterbury, New Zealand, where he was involved with a business providing sales and service of cultivation equipment. This experience gave him a good understanding of the different farming systems and how farmers have to adapt to ensure they are competitive without subsidies.

He has additional work experience at Brightwells auctioneers during the autumn sales and the sponsors department for the Royal Welsh Agricultural Society.

Outside of work, Edward is an active member of Aberedw Young Farmers Club and has been regularly involved in the activities of Harper Cymru student society throughout his time at Harper Adams, helping to organise social events and playing rugby with the club.

Having been awarded a McConnel Scholarship in his first year Edward worked as a volunteer during the University’s telethon fundraising campaign in 2011. And in 2013 he was also part of the team which arranged a tour for 42 engineering students to the international Agritechnica exhibition in Germany, organising transport, accommodation and branded clothing.

Nominating him for the award, the Harper Cymry alumni association stated: “Edward is an academically strong and capable student who has wholeheartedly engaged with all aspects of university life. His ambition is to set up his own business at home providing specialist agricultural solutions to help farmers complete their work more easily and safely. We wish him well in his future career.”

Edward added: “I am currently working on a large arable farm in Buckinghamshire for the summer and I plan to travel to New Zealand this winter to complete a harvest season there. In the future I plan to set up my own engineering business in Mid-Wales where I can provide specialist low volume solutions. I would like to thank Harper Adams as a whole for helping me to develop as a person as well as my engineering knowledge.”