The pavilion has brought with it new opportunities for us to expand our activities at the Show and really support what the Royal Welsh Agricultural Society is trying to do: to encourage young people, in particular, to think about careers in the food and farming sector.” 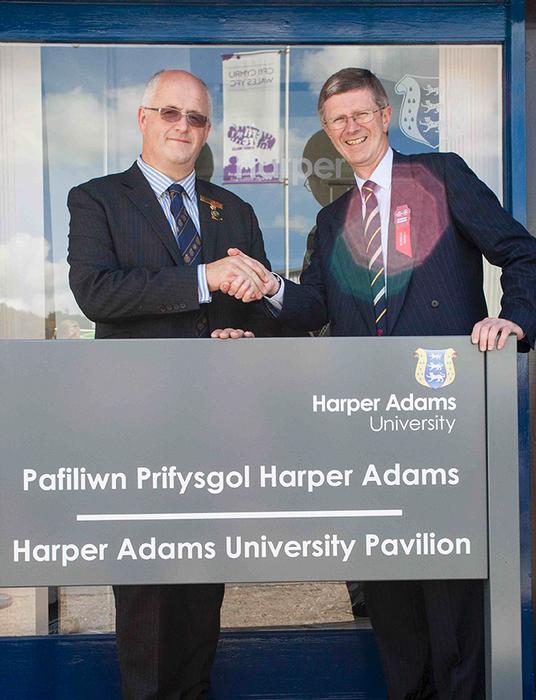 Harper Adams University is celebrating a successful week at the Royal Welsh Show – with activities running from the University’s new Welsh base, the Harper Adams Pavilion.

Vice-Chancellor Dr David Llewellyn said: “We’ve had a very busy week at the Royal Welsh Show and a very successful one. We opened our new pavilion and have had lots of visitors coming to see us to talk about our courses, new opportunities for short courses, links with industry and more.

“We welcomed back our alumni to an evening reception and we’ve had lots of prospective students – and their parents – visit us to find out about courses throughout the week and during a dedicated lunch event.

“The pavilion has brought with it new opportunities for us to expand our activities at the Show and really support what the Royal Welsh Agricultural Society is trying to do: to encourage young people, in particular, to think about careers in the food and farming sector.”

The Harper Adams Pavilion on the Showground was officially renamed by Chairman of the Royal Welsh Agricultural Society Board of Directors, John Davies.

Mr Davies said: “It is a huge privilege for me to be here today on what is a landmark occasion, not just for Harper Adams, as a great institution in the whole gambit of agriculture and all that is rural, but also for us, the Royal Welsh Agricultural Society, because this building has a great significance as far as the real estate of the show is concerned. This was one of the very first buildings that was built here at Llanelwedd, which has been around for 51 years.

“We are very proud to be associated with one of the success stories of the furtherance of skills and education within all that is rural and all that is agriculture. We have today bestowed the great honour that is Harper Cymry Student of the Year on an individual in the name of the society and of the university - that captures the commitment that is enshrined in the partnership that exists between us.”

The RWAS/Harper Cymry Award was presented to Edward Worts, who has just completed a BEng Honours Agricultural Engineering degree. Edward, 22, is from Disserth, not far from Llanelwedd showground, and was the first engineer to take the prize in its 15-year history.

The Harper Adams Pavilion has a special place in the heart of Bill Ratcliffe, Harper Adams Fellow and founder of the Harper Harper Cymry alumni association, as the building was his office when he worked with ADAS in Wales many years ago.  Bill, who worked with RWAS for many years, said: "This is the start of a marvellous new era for Harper Adams, to have a permanent base for events off campus."

One popular visitor to the Harper Adams Pavilion was Andrew Price, presenter of ITV Wales Coast and Country and narrator of the new Harper Adams television advert, who spent Wednesday afternoon and evening chatting to the University’s guests.

“I am here at the show with ITV Wales we have been doing everything from climbing 80ft poles to chainsaw carving so it has been a lot of fun. Having the Harper Adams building just around the corner from the ITV building has been a real treat. I think it’s great that you have a permanent presence here now. It brings Harper into Wales!” he said.

Harper Adams University’s presence during show week was seen beyond the Pavilion and neighbouring Lantra building, where youngsters were invited to have a go at planting seeds.

The University was the primary sponsor of the Wales YFC Young People’s Village, a camping and entertainment site near to the showground, providing big name acts throughout the week. Harper Adams also sponsored two dairy classes at the show – the Fitzhugh Championship and Dairy Young Handler.

There was a sense of déjà vu in the Fitzhugh Dairy Championship at the show, when the same Holstein pair as in 2012 took the prize: breed champion Castellhyfryd Spirite Rosina, owned by Simon Davies, from Whitland, Carmarthenshire, and her reserve, Wyndford Goldwyn Earl, from a farm local to Harper Adams - Wilfred Maddocks, Newport, Shropshire.

The dairy young handler competition was won by Awen Jones, with Gwen Ellen Jones the runner-up. Awen’s family’s herd of pedigree Jersey cows – Salfach Jerseys - was established in 2004, when she and her two siblings were given a calf each to compete in the South Wales Calf Show. The family now have more than 40 pedigree females. 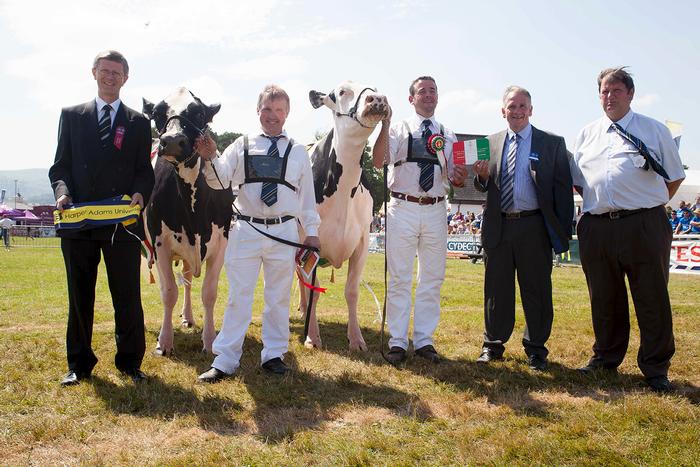 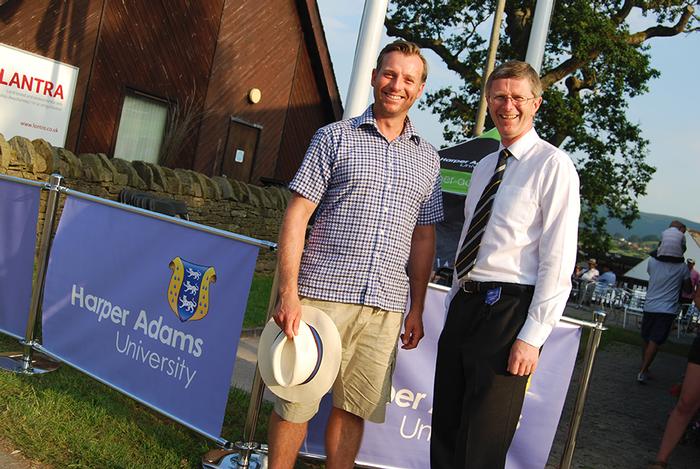 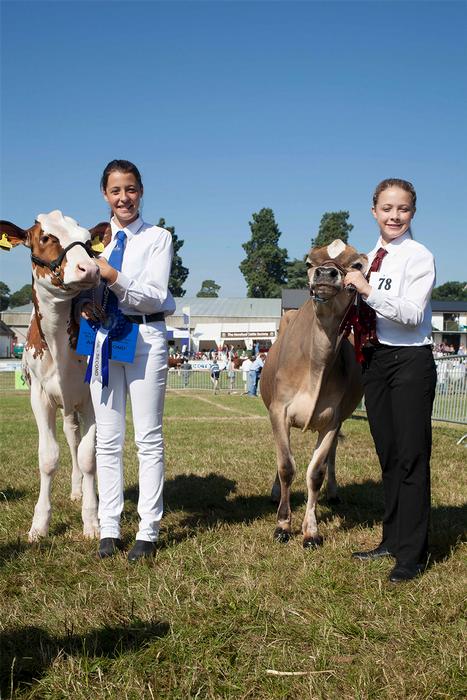