It was felt at interview that against the other candidates, Cormac's contribution to Harper Ireland and the wider student body was the greatest and had not waned - he remains as committed to the institution as when he first started.” 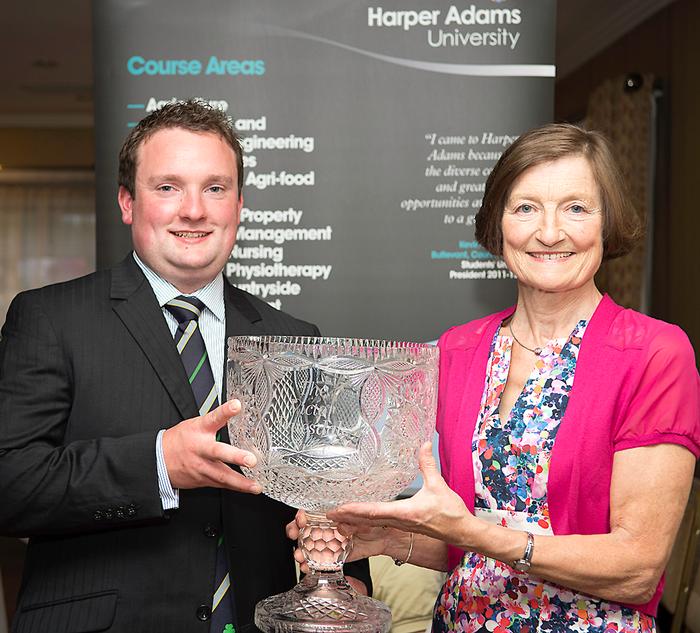 Cormac Flaherty from Kilmessan, Co. Meath is the winner of the 2014 Victor Truesdale Prize.

The award is a specially-commissioned engraved crystal punch bowl and a substantial cheque presented annually by the sponsors, John Thompson & Sons Ltd, Belfast, to the final year student from Ireland who has made the greatest contribution to life at Harper Adams University.

The award was presented by Mrs Ann Truesdale at the biennial dinner of the Harper Adams in Ireland Association of Harper graduates in Ireland held in Enniskillen. At dinner, Cormac, 22, sat with Mrs Truesdale and previous winners of the award at a table hosted by George Starrett of John Thompson & Sons Ltd, sponsors of the prize.

Recommending Cormac for the award, a panel of university representatives wrote: “It was felt at interview that against the other candidates, Cormac's contribution to Harper Ireland and the wider student body was the greatest and had not waned - he remains as committed to the institution as when he first started.”

Cormac was elected Chairman of the Harper Ireland student society in his first year and has supported the club throughout his time at Harper Adams, continuing to engage and support new Irish students. He has served on several social event organising committees and has helped to promote the university at events including the Irish National Ploughing Championships and the European engineering showcase, Agrictechnica.

“With the help of another student, Cormac organised a tour for 44 engineering students to travel to Agritechnica in Hanover, Germany, which included securing the necessary funding. It was very successful and has now led to first and second year students planning to do it for the next Agritechnica, making it a biennial tour and ensuring strong Harper Adams representation at this key event.”

Presenting the prize, Mrs Truesdale spoke of her delight at meeting Cormac and meeting again past winners of the Truesdale Prize. She spoke of her husband Victor, in whose memory the prize was established, and the qualities of leadership, team building and effective communication which are the criteria for the award and which he deemed essential for success in business.  Cormac’s CV, she said, reflected all these attributes in his achievements at Harper Adams.

Accepting the award, Cormac expressed his thanks to Mrs Truesdale and John Thompson & Sons Ltd. and the honour he felt at joining this elite group of Truesdale award winners - he is the 13th winner of the award.

Cormac graduated from Harper Adams University in September with a first-class honours degree, and won the New Holland Trophy, for the best BEng (Hons) Agricultural Engineering student. This week he flew to New Zealand, taking some time out to travel before forging ahead in his engineering career.

“It is people and their mind sets that will ‘make it happen’,” he said. “Today there are no limits to what may be achieved by anybody, regardless of background. The sky truly is the limit and it is possible to fast-track in ways that were just not possible not so many years ago. This is very exciting, and attracting these people to our industry will make all the difference.

“Additionally, as agriculture achieves far more exposure in the media, we should find more people interested in joining us.  Our objective must be to grab them and engage them to shape the future and then make it happen with them.

“I would like to make a toast to the Harper Adams in Ireland Association and Harper Adams University - a name synonymous with excellence and quality, key elements in driving the future prosperity of our industry.” 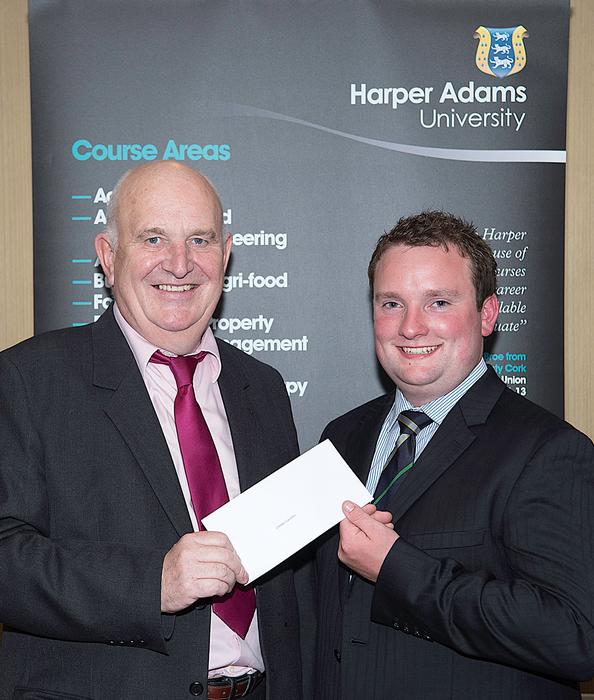 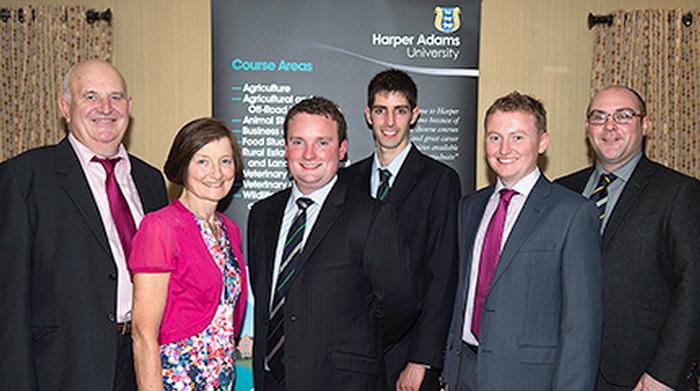 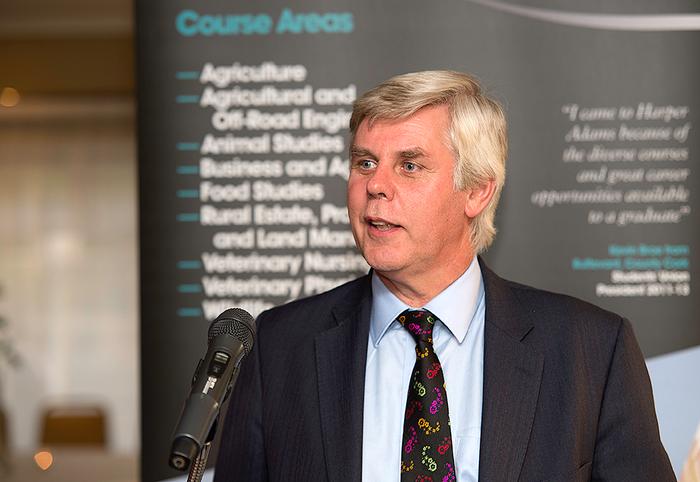