“The highlight of the trip was definitely the Chinese students, who volunteered to look after us. I was taken aback by how brilliantly friendly and generous they were towards us. Nothing was a problem." 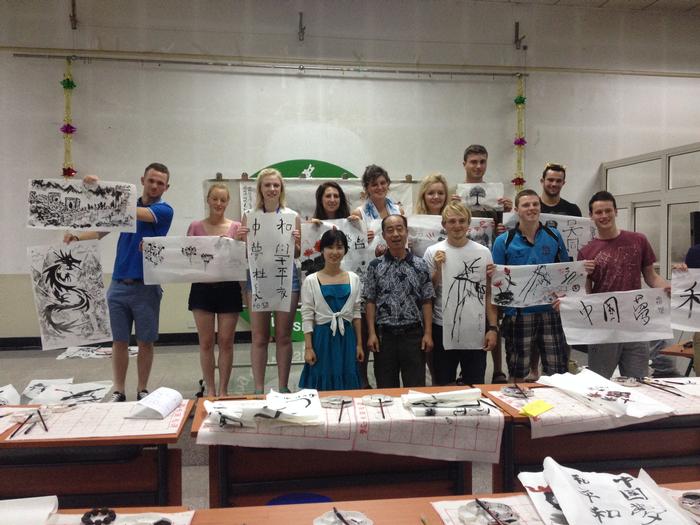 The summer programme was aimed at fostering the cultural exchange of international students and was designed to contribute to the UK students’ appreciation of Chinese culture and its origins by completing a number of taught modules and visiting famous tourist attractions, as well as working with a group of Chinese students who are currently undertaking the first two years of the joint HAU/BAC undergraduate course in China.

“When I left for Beijing, I didn’t really know what to expect from the visit. I knew very little about China, its culture and apart from having a handful of Chinese friends at Harper, I didn’t know what the people would be like.  What I did know is that the trip was going to be a fantastic experience and I wanted to make the most of the unique opportunity that I had been lucky enough to be given.”

“The highlight of the trip was definitely the Chinese students, who volunteered to look after us. I was taken aback by how brilliantly friendly and generous they were towards us. Nothing was a problem. They gave up two weeks to mentor us in lectures and to take us to interesting places in Beijing. All of them were kind and friendly with very impressive English ability. If we wanted to go somewhere  they would do everything to make it happen. I am looking forward to seeing them back in England.”

“We were introduced to tea making, learnt about the history of Chinese names and looked at the Chinese economy. In pairs we were required to produce a written assignment and produce a poster of what China represented from our point of view. We had five minutes to present our posters to the class. It was interesting working and collaborating with my Chinese peer because, although their English was good, there was difficulty translating some concepts of Chinese culture. Daytime lectures during the days were very interesting and really helped us all to further understand Chinese language and culture.”

“We learned some authentic Chinese Tea art. In China, tea is an extremely important part of their culture. Tea is often drunk to entertain friends and guests. Tea art is also very relaxing and helps to clear the mind. The tea in China has a number of different medicinal purposes.”

“The art of painting the Chinese symbols in black ink. We initially copied our lecturer’s drawings to practice and then were allowed to create our own masterpieces. There are around 70,000 symbols some of which can be very challenging to paint.”

“Karaoke is one of the favourite social activities for the students at BAC. They took us to a karaoke bar one evening and we had our own booth to show off our voices. It was so popular, we ended up returning for a second evening. We are planning to suggest to the SU, on our return to the UK, that they offer this activity next term at HAU.”

“We had Chinese conversation lessons. The two teachers were brilliant considering none of us had any prior knowledge of the language. In our class we learned a few basic phrases - we all struggled with our pronunciation and were very grateful that we had our buddies there to help us! I admired our new friends for their patience (and laughter) as we tried to master the four tones. They even let us loose on the wider public when we tried to buy subway tickets and food.”

“Chinese food was unlike anything I have had before! When I arrived in China I had never used chopsticks and so had a steep learning curve during our first meal.  The food was very good. I liked how most of our meals were buffet style with a variety of dishes to try. There were three campus canteens which all served a huge selection of Chinese dishes.  In the cooking classes, Kevin taught us some traditional dishes. We were all willing to try everything put in front of us. Chopsticks became the norm and we all managed to master them after a shaky start.”

“The next part of the trip was to travel to Hangzhou via the bullet train from Beijing. This went over 300km/h but still took about six hours. When we arrived we travelled to West Lake in Hangzhou and had a boat ride around the lake. Later that night we saw a light and sound performance on the lake directed by the man who directed the Beijing Olympic opening ceremony. We had the amazing opportunity to visit the Hengyi Group in Hangzhou. We went around one of the silk factories and saw the process from beginning to final product.”

“We visited The Great Wall of China, The Forbidden City, The Olympic Park, Tiananmen Square, the Summer Palace and a traditional Hutong. All of these visits were fascinating they really boosted our insight into Chinese culture and tradition, but more importantly they boosted our friendship as a group, building lasting friendships with our Chinese buddies. One thing I found interesting was their taste in British music and television. Many of the students Downtown Abbey and Sherlock Holmes!”

“I can’t wait until we get back to Harper Adams to greet this year’s Chinese students. I hope that we can show them that we are just as generous and welcoming. Having seen how different Beijing is to Shropshire, I would like to help make their transition into a strange new country smoother. I believe that we can now relate to the Chinese students that come to Harper. We have an understanding of how difficult it must be for them to completely change lifestyle, eating habits, language and setting. We only went for two weeks, but there were times when it was really hard.” 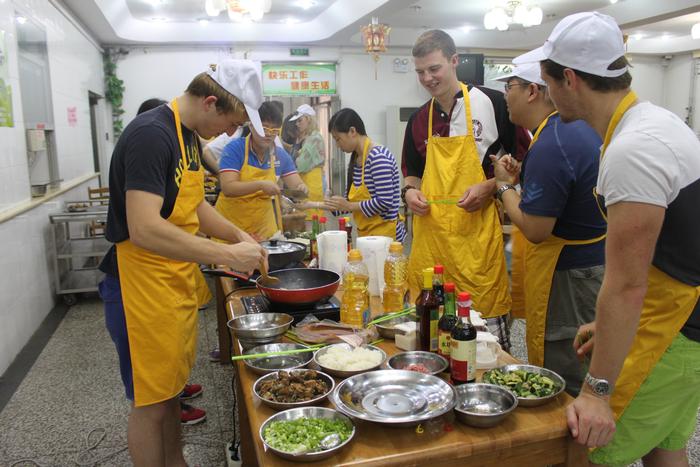 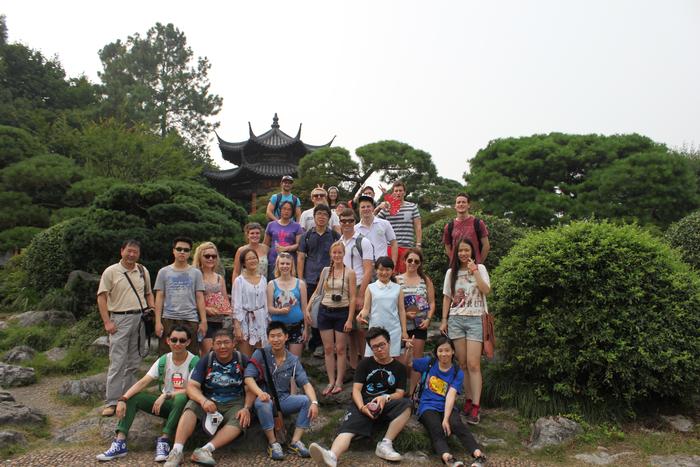