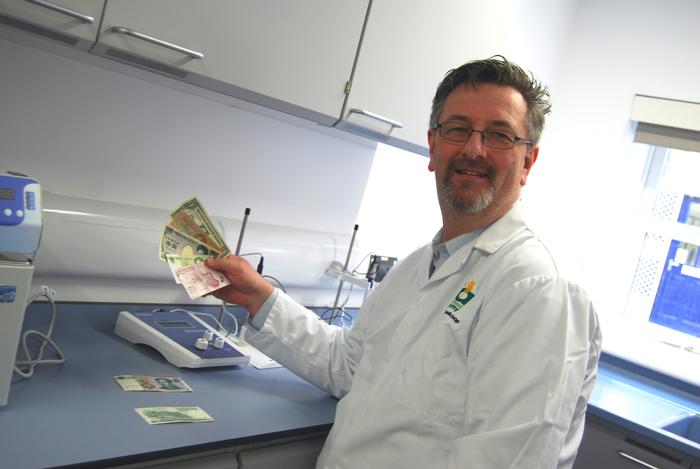 Can money make you ill? Is the question researchers at Harper Adams University hope to answer, by investigating whether banknotes can transfer bacteria.

Senior Lecturer in Food Science, Professor Frank Vriesekoop, started researching the topic after a student posed the question during a lecture.

Professor Vriesekoop, said: “Quite often when you visit an outlet that prepares food to order, the server will use the same hand to prepare your food as they do to receive your money.

“This study investigates how easy it is for bacteria and pathogens to survive on currency and whether the material the notes are made of, has an effect on the transfer.”

During the past ten years, Professor Vriesekoop and a team of researchers have sampled catering outlets in 10 different countries, counting the bacteria found on the money and studying the differences between cotton paper, plastic, linen and pure paper notes.

He found that bacteria survive for a significantly shorter period of time on plastic notes such as the Australian dollar, but survive much longer on cotton notes, such as the British Pound. They found very few pathogens on the banknotes.

When Professor Vriesekoop joined Harper Adams, he continued the study, investigating the ‘stick-ability’ of bacteria to the different types of currency.

Professor Vriesekoop added: “This summer we were joined by intern Flavien Besnard from the University of La Rochelle in France.

“Flavien found that the bacteria stick the best to paper and cotton, but don’t seem to stick well to plastic.

“Another benefit of plastic notes is they are durable and hard to counterfeit."

Although some countries have strict regulations regarding the handling of money in catering outlets, in the UK, this does not seem to be the case.

Professor Vriesekoop hopes to publish his findings and that they will be used to advise governments around the world, regarding their choice of banknote material.

He added: “We started this research with virtually no knowledge and during the past 10 years have produced a lot of findings, which we have then been able to pursue through the strongest leads.

“Many factors influence how dirty a banknote is, not just its material. There is even a strong correlation between the amount of bacteria found on a note and the wealth of the country.

“The research is endless.”

Plastic banknotes, also known as polymer notes, will be brought into circulation in the UK by the Bank of England in 2016. 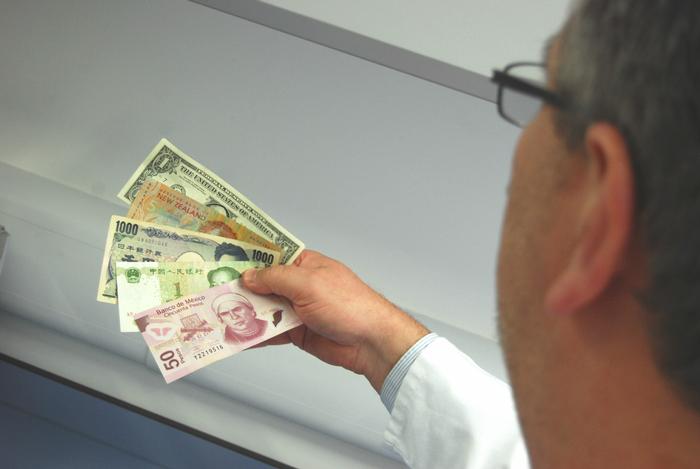