Investment puts student Jack ahead of the crowd

The outcomes have been so much better than I expected. I started this knowing that it might fail, but you can’t succeed if you don’t try." 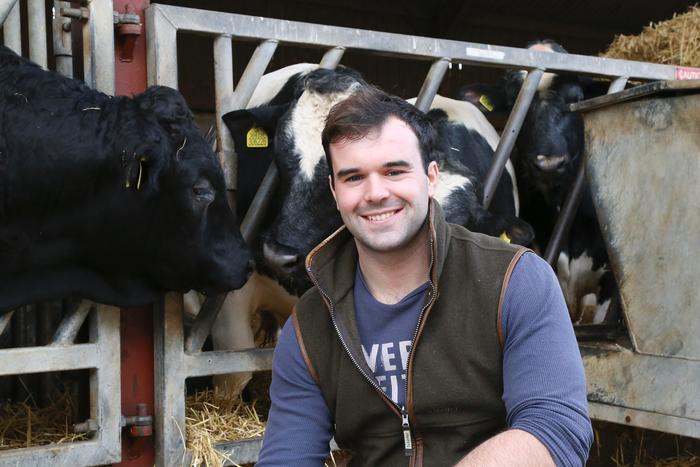 When Harper Adams University student Jack Stilwell launched a crowdfunding project in a bid to start his own beef farm, he was fully aware that the venture might fail.

Indeed, if you saw his ‘Get Jack Farming’ page on crowdfunding site Hubbub.net* shortly after his bid closed, you could have been forgiven for thinking he didn’t do very well – but the activity on Hubbub told only a tiny part of a much bigger and much more successful story.

“I set myself the target of raising £4,000 in two months via Hubbub,” Jack, 23, explains. “When those two months were up, in mid-October, I had raised nearly £300. But I have got so much more from the project! News that a new entrant to farming was trying this novel method of raising the money required to lease land and buy cattle attracted quite a bit of attention in the media.

“Just after the Hubbub campaign finished, I was contacted by an individual from the US who had read about me in Country Life magazine. The story struck a chord with him because he has taken over a farm, with no previous farming experience, and is also trying to get the enterprise up and running. He was motivated to visit the Hubbub page to read more about what I was trying to achieve and contacted me through the site to offer the full £4,000!

“In return he has asked that I share my experiences with him and that if I am successful, I help someone else in the same position in the future – he said he was given a helping hand in business in the past so this is his way of paying it forward.”

With the £300 cash raised, Jack, from Rowlands Castle, Hampshire, has already purchased three more Angus calves. But the project also opened a larger window of opportunity.

“Thanks to an article in the Farmers Weekly, I was also contacted by a farmer nearby in West Sussex who wants to get cattle back on to his land. After some discussion we are going to enter into a share-farming project, using my expertise, his land and a 50/50 share of the cattle. As a result, from next summer I will have an additional 600 acres to farm.

“A further result from the campaign has come in the form of interest from a London venture capitalist, who believes in the idea and is looking to invest in the business as a result.

“The outcomes have been so much better than I expected. I started this knowing that it might fail, but you can’t succeed if you don’t try.  It hasn’t been easy – I have had people call me all sorts, accusing me of being a ‘sponger’ and worse, but I expected that. I have been open and transparent throughout – I desperately want to get started in a career I am passionate about’’.

“When I applied for university, I knew farm tenancies were very hard to get, so I am studying rural property management, which has a heavy focus on land-use and the agricultural sector, as a career in that sector would keep me close to farming. But the more I did at Harper Adams, the more I wanted to farm myself, so I am putting everything I have into it,” adds the former pupil of Chichester High School for Boys.

Jack used his own money in recent years to get his first few animals, mainly Hereford crosses, but also a few Aberdeen Angus crosses and beef Shorthorn crosses. He has been running a more extensive system, producing stores, selling them through Salisbury market aged between 20 and 24 months, and has twice achieved top price of the day at market. The animals are currently kept on 20 acres of ground owned by his family and he also uses grassland on a neighbouring farm, rearing some animals for the owner on a rented contract.

The crowdfunding bid began after he was offered the chance to rent 20 hectares (50 acres) of grassland from a local land owner who supported the cause and also wished for the ground to be used and maintained. This offered Jack the opportunity to bring his small herd out to graze.

Jack, who also plays rugby for the Harper Adams first team, still has to complete his final year of study, including writing a dissertation on New Zealand pasture grazing systems. But when he finishes his degree he will move forward and get farming!

With the support of his parents, he is rearing 30 cattle at home at present. Through the support from the USA, he will be taking on 50 acres of land and buying 10 more Herefords. Then, in 2015, he will start share-farming 600 acres, hoping to build the herd up to around 200 Hereford and Angus cattle.

*Hubbub.net has since contacted Jack and updated his page to reflect his success.