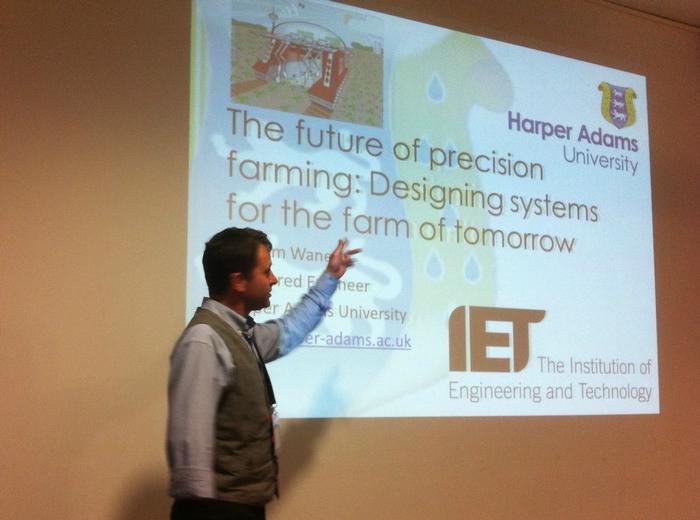 A robotics lecturer from Harper Adams University spoke about technology advancements in agriculture to an audience of science fans in London, recently.

Sam Wane gave his presentation, ‘Designing systems for the farm of tomorrow’ at the Science Museum’s ‘LATES’ event – which often attracts more than 3000 visitors.

LATES is an initiative aimed at attracting an adult audience to the museum to hear about the latest innovations in the scientific world. These take place only a few times a year and the event at which Sam spoke at was themed ‘The Information Age’.

In particular, Sam discussed the changing size of the tractor, and how the research taking place at Harper Adams hopes to develop lightweight agricultural robots to seed, weed, scout and harvest.  He also spoke about new technologies such as unmanned aerial vehicles (UAVs), laser weeding and selective harvesting.

Sam said: “I was delighted to represent the university at the Science Museum’s LATES event.

“It gave me the opportunity to share our agricultural engineering work with an urban audience right in the heart of London.”

Sam’s travel to the event was sponsored by the IET Robotics and Mechatronics Professional network.