I felt very lucky and privileged to have gained Mrs Jerman’s support in my second year and meeting her was a highlight. She was an inspiring lady whose positivity and determination was infectious." 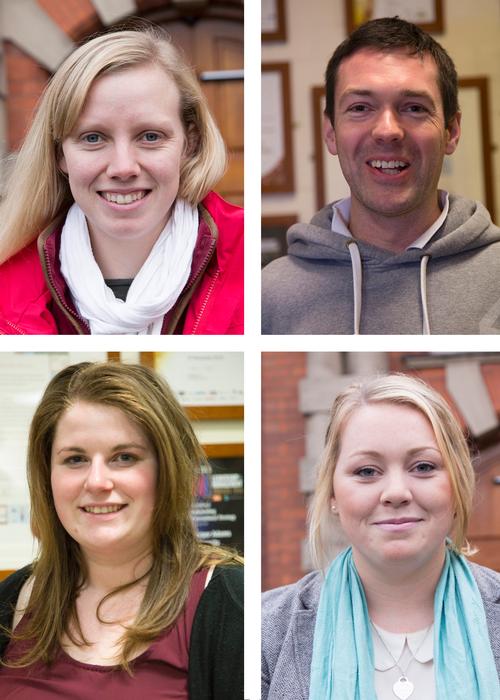 Four Harper Adams University students will benefit this year from a bequest to the university from Mid Wales couple Joy and Delwyn Jerman, who chose to sponsor scholarships.

Following a round of applications and competitive interviews, Jerman Scholarships are being awarded to one new scholar and three who are benefiting for a second time.

Rebecca Colman, 23, from Kings Lynn, Norfolk, is due to graduate in 2015 with an honours degree in agriculture with animal science. She received the Jerman Scholarship in her second year and that support has been renewed this year after she gave evidence of her academic and placement progress during an interview.

Rebecca said: “I felt very lucky and privileged to have gained Mrs Jerman’s support in my second year and meeting her was a highlight. She was an inspiring lady whose positivity and determination was infectious. I was saddened to learn that she passed away while I was on placement but at the same time feel lucky to have met her and to have been able to thank her for her support. To continue to benefit from her generosity is an honour as well as a blessing, as the funds will allow me to complete my degree with less financial pressure.”

Pamela Cousins, 23, from Downpatrick, County Down, returned to Harper Adams University in October following a work placement year with Aviagen in Australia and New Zealand. She is now completing the final year of an honours degree in Bioveterinary Science. Pamela said: “I was extremely grateful to receive the Jerman Scholarship. Previous funds awarded when I was in second year enabled me to travel to Australia to start my work placement - I had been offered the job but had to fund my transport.

“I intend to put this year’s scholarship to good use. It will enable me to reduce the hours I work part-time to support myself and I would also like to by some poultry books to support my dissertation. I collated research data while in Australia and New Zealand which I am using in my dissertation on ‘the influence of different environments on chicks during transport’,” added Pamela, who is also a student ambassador at the university.

Catherine Bennett, 22, from Meifod, Powys, is also a final year student, working towards an honours degree in agri-food marking with business studies. Catherine worked for the McDonalds agriculture team during her placement year and has represented the National Federation of Young Farmers’ Clubs at events across Europe. She said: “Continued financial support through the Jerman Scholarship is having a beneficial impact on my studies, allowing me to concentrate solely on academic work. I was fortunate to meet the late Mrs Jerman in my second year at Harper Adams and feel honoured to continue to receive the scholarship in her name.”

Final year agriculture student Colin Maher, 35, from Tullow, Co Carlow, Ireland, added: “I might not have had the privilege of meeting Mr or Mrs Jerman, but their generosity to the university has been my saviour. I had previously been supported by an industry scholarship. However, the business concerned was sold while I was on placement and as a result, funding was withdrawn. Coming from Ireland, I am an overseas student and face increased costs. Therefore I am incredibly grateful that the Harper Adams Development Trust has chosen me to benefit from the Jermans’ generosity this year, to enable me to complete my degree at my first choice university.”

The university’s Development Trust consultant, Renée Gallina-Morris, added: “Mr and Mrs Jerman supported scholarships at Harper Adams for many years. They always steered clear of the limelight, preferring direct contact with the students over publicity as reward for their generosity. Indeed, they took great interest in and cared for every scholar, with framed pictures of every one kept displayed in their home as if they were family. I am sure they would be very proud of the current crop of Jerman scholars.” 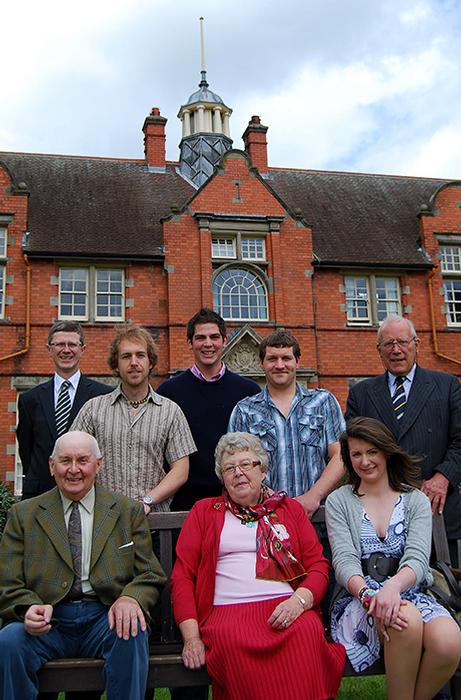 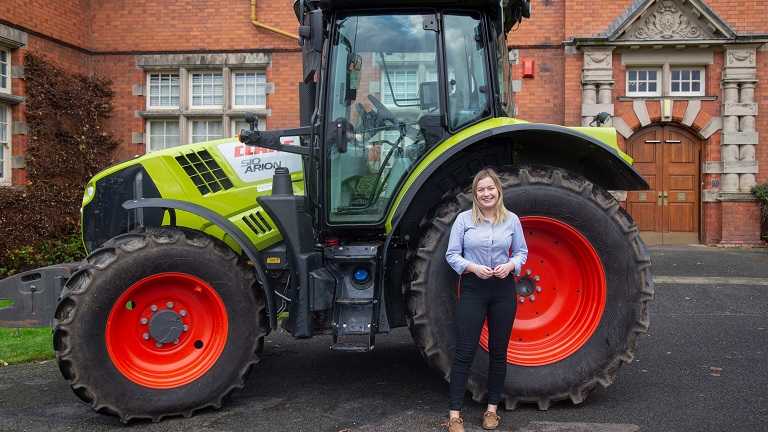