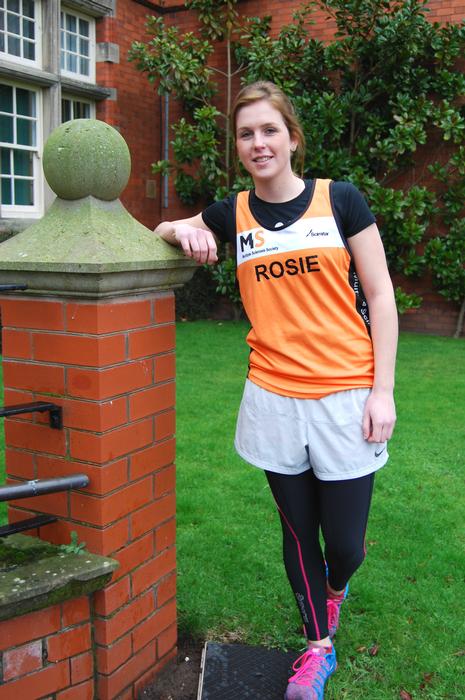 Rosie is running the 26 miles and 385 yards on behalf of the Multiple Sclerosis Society – a charity close to the 20-year-old’s heart.

Rosie from Yarm, said: “Before my dad passed away, he always used to run for the charity as he had a friend with MS.

“Dad ran half marathons and always aspired to complete a full marathon, so I thought it would be a real achievement to run on his behalf.

“It also gives me the motivation to train, knowing I’m doing it in his memory.”

The race, which takes place on April 26, is extremely competitive, with around three applications per place available.

As part of her training, Rosie is running twice a week as well as playing hockey and taking part in Body Barn circuit training classes in Newport.

She added: “I enjoy running because it clears my head and I feel as though it comes quite naturally to me.

“It’s also a good way to keep fit during the summer months outside of the hockey season.

“I am a little nervous about running the marathon, but also very excited for the day as I’ve heard the atmosphere is brilliant.”

Rosie, who is captain of the ladies hockey 1st team, has received a lot of support from her friends and housemates, who have been encouraging her to train despite the cooler temperatures.

Career-wise, she hopes to use her Harper Adams degree to pursue a role in the horse racing industry and has an interest in livestock despite not being from a farming background.

The London Marathon, now sponsored by Virgin Money, has taken place every spring since 1981.To sponsor Rosie, visit https://www.justgiving.com/keeprunningroco/