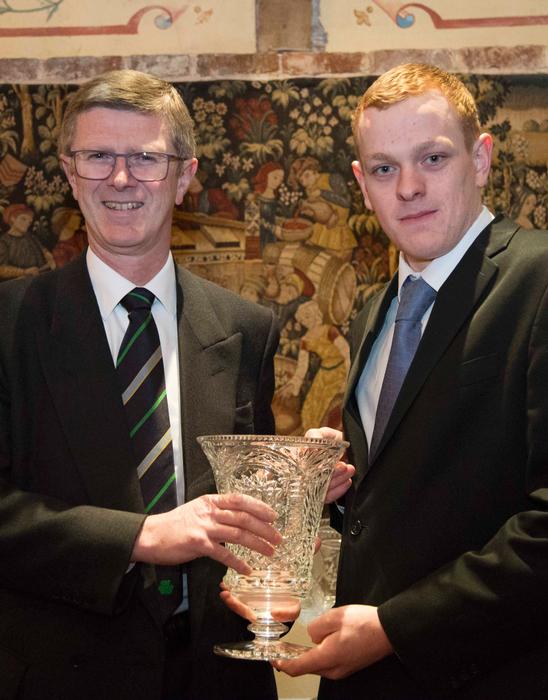 At the Harper Ireland student society dinner on Friday night, the President of the society, university Vice Chancellor, presented two awards to students deemed to have made an outstanding difference to the Irish community on campus.

Dr Llewellyn said: “Richard has made significant but, as yet, unrecognised contribution to the fabric of student life at Harper Adams and within Harper Ireland - a true ‘unsung hero’.

“He has been a member of the Harper Ireland Committee since he arrived at Harper Adams, from Cork, to study BSc (Hons) Agricultural Engineering. Richard has been involved in the Paddy’s Ball committee, plays football for the University and is also student representative on the agricultural engineering course committee.

“However, one of Richard’s most notable and unsung achievements was his negotiation with a ferry company to offer a discount to Harper Adams students. Richard did this to make travelling to and from the University cheaper and safer for the group, but also to make the journey more enjoyable. Rather than students having to seek out the best price and travelling at different times and on different ferries they now travel together for the best price, saving about £60 each.

The recommendations for the President’s Award were of such a high quality that a second, discretionary award was also made this year, to Lee Higgins, 21, from Garvagh, Coleraine.

Dr Llewellyn added: “Lee is an extremely genuine and friendly student who says his proudest moment was the day he was offered a place at Harper Adams!

“Lee prides himself on being a friendly face. He helped to welcome new students by working on the Harper Ireland stand at the Freshers’ Fair and describes himself as ‘a bit of a father figure’ to other students.

“Lee had wanted to run for the position of chairman of the Harper Ireland club but was restricted by his placement year so instead he has thrown himself into being an active member of the club.

“Lee talks warmly and extensively about his placement in Yorkshire and the value and maturity he gained from this. He is due to return to the family farm in due course, allowing his grandfather to hang up his boots, but has plans for its future. He would also like to get involved in livestock auctioneering as a side-line.

“Lee is also a recipient of the Studley College Scholarship and speaks proudly of this.” 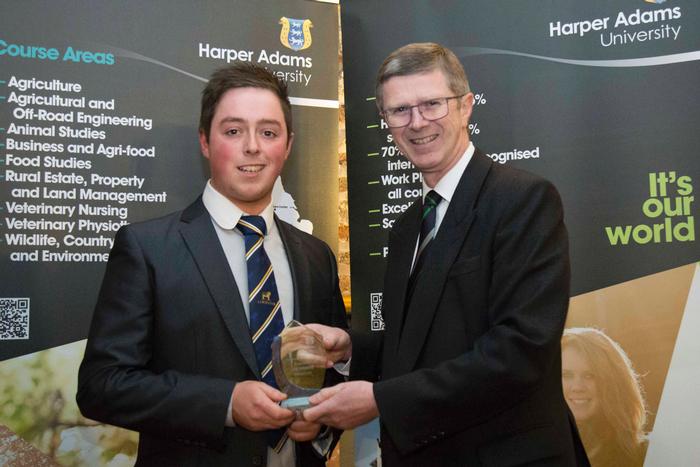