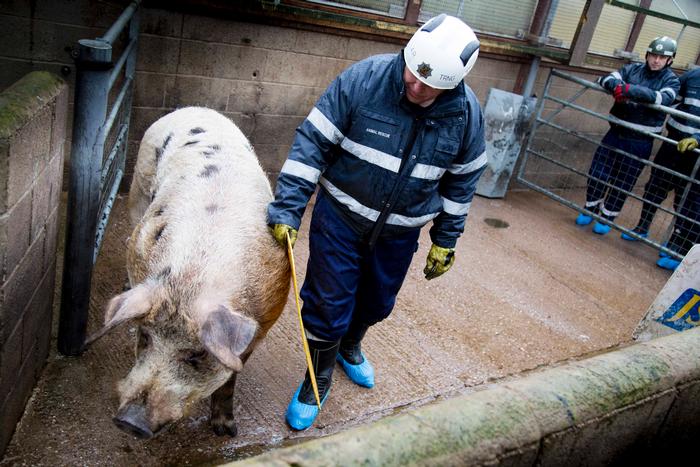 Firefighters returned to Harper Adams University last week – for training in animal handling to help them deal with rural emergencies.

The animal rescue team, based at Shropshire Fire and Rescue Service’s Wellington station, spent time both in the classroom and on the farm getting to grips with cows, sheep and pigs.

Rob Sheppard, firefighter and animal rescue specialist, said: “About three of four years ago we decided we needed to improve our techniques when rescuing large animals, so we constructed a two-day animal handling course with the university as well as a two-day practical course held elsewhere, at which the crews learn techniques to help them rescue large animals, using our specialist equipment.

“The crews we have brought to Harper Adams University have been learning about animal behaviour to help build up their confidence for actually dealing with incidents. It’s not just about rescuing the animal, it’s about learning how they behave, looking for signs of stress, or when they might be about to run towards you - and how to protect yourself.

“It’s good to have a dedicated team – we all know each other, we all know how each other works. And we are all full-time firefighters. If you have an animal needing rescued, your local crews will attend to stabilise the scene and prevent anyone else being injured, but the animal rescue team will also be mobilised from Wellington to come and rescue the animal itself.”

With Shropshire being a rural county, firefighters are often called upon to deal with situations involving animals, whether it is at the scene of an accident, at barn fires or as part of a rescue operation. Animals can be difficult to handle in emergency situations and when they become scared pose a safety risk.

Alan Stewart, senior lecturer in animal production, welfare and veterinary sciences, added: “What we are trying to do is give the fire service a good understanding of animal behaviour and animal welfare and to give them an appreciation of how animals move and behave, particularly in the stressful situations they are likely to be dealing with when they come across an accident.

“The range of species they have been working with is important – farm animals, large animals, horses.  A lot of people don’t realise for example that a cow can be 600kg and a boar can be 400k, and they can stand shoulder height so it’s important to get them used to the idea of being around animals.”

The fire service gets no additional funding for the animal rescue team, but Rob and his colleagues travel around shows and events with a special rescue demonstration trailer and are able to ask for donations from members of the public and other organisations towards improving their equipment and capability.

They also offer the opportunity to advertise on the trailer – an offer Harper Adams University has taken up again this year to show its support for the vital service.

Rob added: “Some people think we just rescue cats and dogs, but the more we go out there promoting ourselves, the more people will call us. And we want them to call us because we don’t want them to be injured trying to rescue an animal themselves – they won’t have the equipment or the experience or techniques that have. If they put their trust in us we will rescue their animals for them.”

As with any other emergency, dial 999 if you come across an animal in need of rescue. 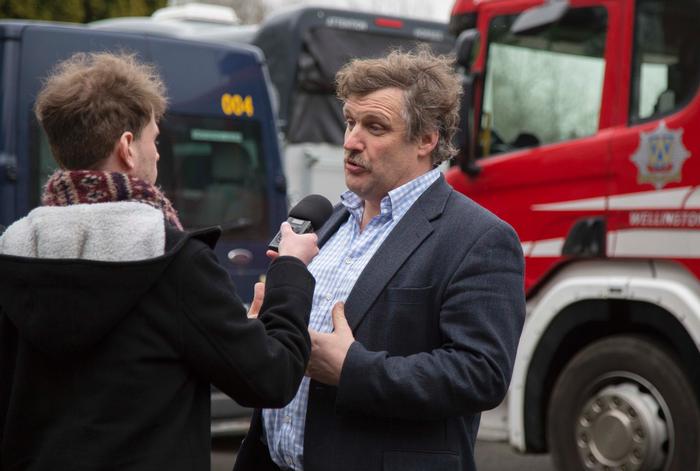 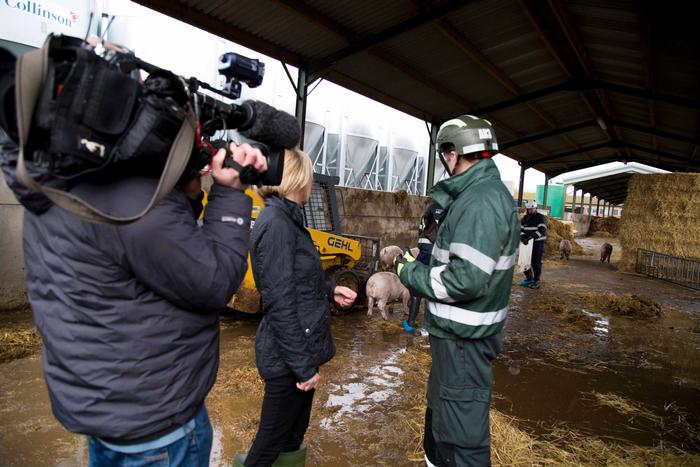 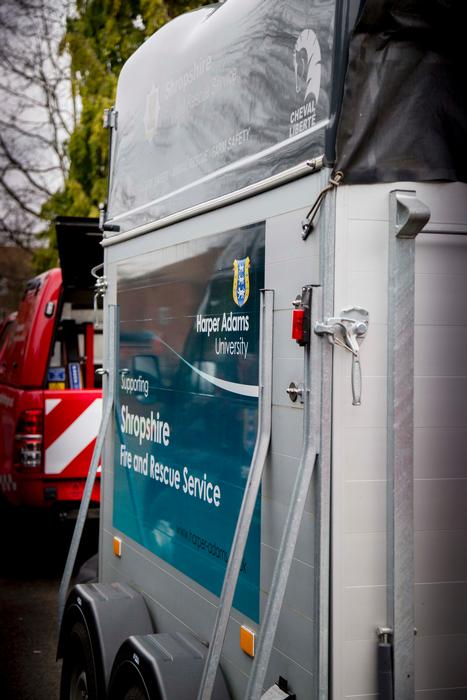 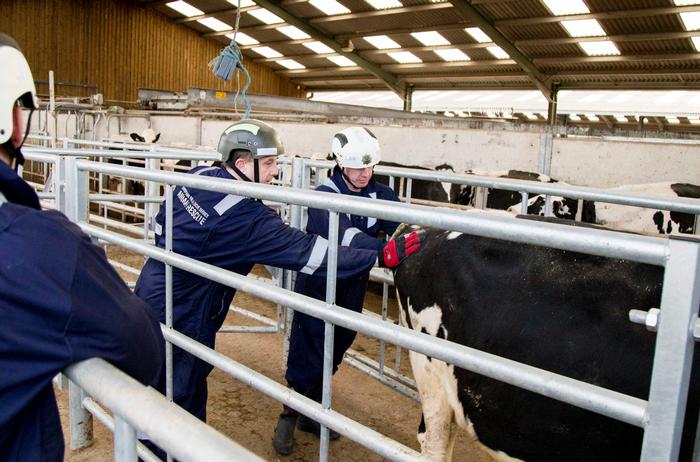 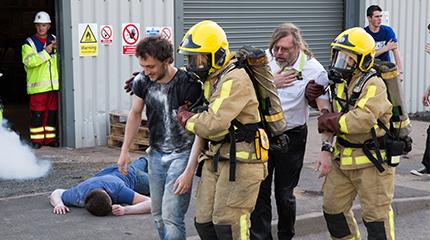 Staff and students volunteer to act in fire and rescue training 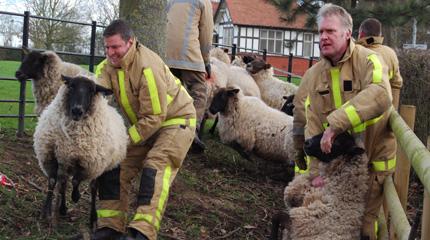