Top for student support, runner-up University of the Year in Student Choice Awards

“Our second place for the title of University of the Year, from a total of 113 eligible institutions, is of particular note, and a testament to the strong academic community we have developed at Harper Adams.” 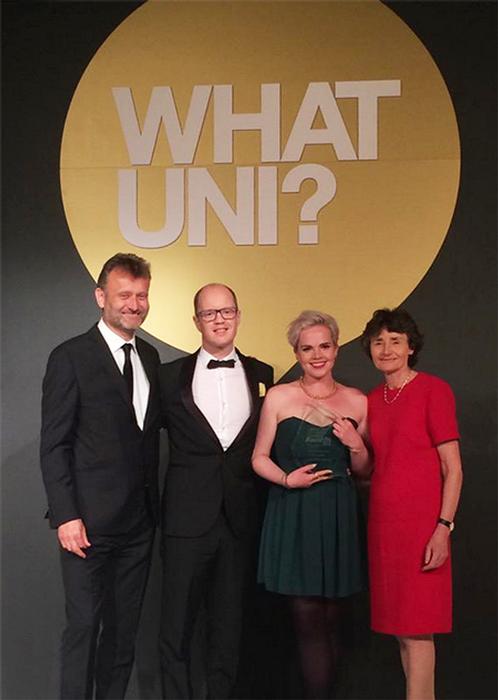 Harper Adams won the Student Support category in the awards, which are based on reviews submitted by students to the What Uni website. Harper Adams was also the runner-up in the overall University of the Year category, with the same 4.8 out of 5 rating from its students as the winner, Loughborough University.

University Vice-Chancellor Dr David Llewellyn said: “The Whatuni awards are based on the views of our students, so we are extremely grateful for the very positive feedback they provided about the University. This resulted in us winning the Student Support award, and being placed in the top three universities in six other award categories.

“Our second place for the title of University of the Year, from a total of 113 eligible institutions, is of particular note, and a testament to the strong academic community we have developed at Harper Adams.”

Harper Adams was second for job prospects, courses and lecturers, and accommodation, and third place for facilities and for clubs and societies - out of the 113 universities that met the minimum threshold of 100 reviews on the site to be included in the rankings.

Two representatives of the university’s student recruitment team, Alex Hardie and Helen Foster, attended the awards event of behalf of Harper Adams, and collected awards from comedian Hugh Dennis, who compered the event.

Alex said: “These accolades have all been received thanks to our dedicated student community who shared their passion for the university. The evening had a real feeling of excitement. We were already delighted that the university was shortlisted in seven Student Choice Awards categories, but to be placed in the top three for all seven was outstanding.

“While we don’t do what we do for the plaudits, it is very nice to have university-wide achievements acknowledged. We had a thoroughly enjoyable evening.”

The Whatuni Student Rankings are based on averages taken from thousands of reviews submitted by students and published on whatuni.com, and cover the following ten categories: Accommodation, City Life, Clubs & Societies, Courses & Lecturers, Job Prospects, Student Union, Uni Facilities, Support Services, International, and an Overall rating which counts towards the University of the Year title. 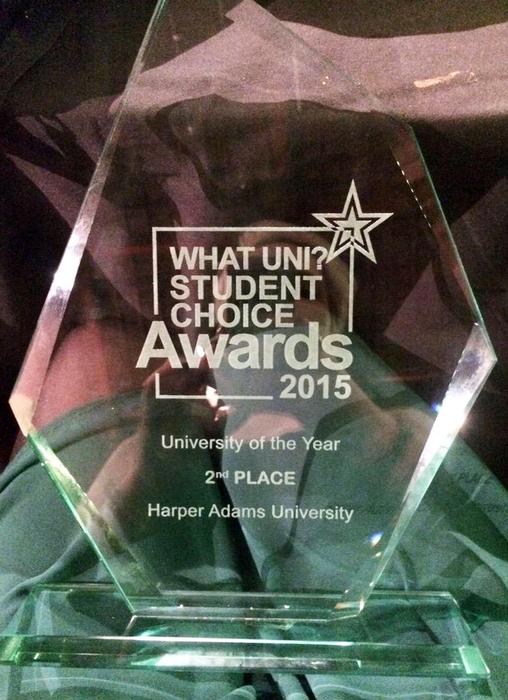