The panel were particularly impressed with how he was able to learn a tremendous amount in an industry he had no previous experience of.” 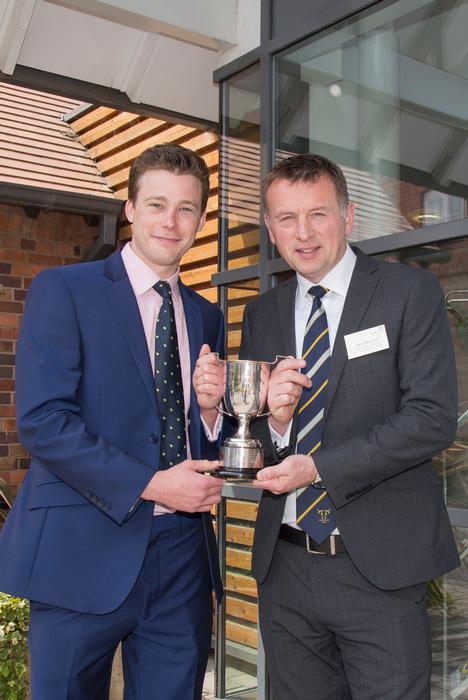 Four students who will soon complete Foundation Degrees in Agriculture at Harper Adams University have been recognised for outstanding performance during their sandwich year work placements.

The FdSC Agriculture placement awards are sponsored by NatWest and the winner of the NatWest Trophy was Tom Wareham, 23, from Wimborne, Dorset.

He completed his placement with PD Hook, based in Oxfordshire and travelling around the UK. “I worked on the company breeder farms, rearer farms and broiler farms, and then specialised in hatcheries. I ended up working with a couple of specialists from breeder companies, which was very helpful and provided a lot of insight for my future career, hopefully in hatcheries.

“I definitely grew up on placement and took on more responsibility. I learned about leadership and management, and how to drive myself forward to do the best I can. I have been offered a job with PD Hook, on the hatcheries side, which I am very excited about starting in 2016. ”

Terry Pickthall, Agriculture Placements Manager at Harper Adams, said: “The judges felt that Tom stood out thanks to not only very high levels of performance across all criteria but also for being able to relate his achievements and plans for the future directly to his experiences on placement. The panel were particularly impressed with how he was able to learn a tremendous amount in an industry he had no previous experience of.”

Tom added: “I am grateful to PD Hook for providing me with these opportunities and to everyone involved for choosing me to receive the NatWest Award, which is a great honour.” Tom is planning to stay on at Harper Adams for one more year to top-up to a Batchelor of Science degree, before taking up his position with PD Hook.”

In second place was Elliot Stevens, FdSc Agriculture with Mechanisation, 21, from Okehampton, Devon. Elliot worked for the Agrinatura Group, part of Spearhead International, in Teleorman County, Romania, as a trainee manager.

Mr Pickthall said: “Elliot thought big and headed overseas for this challenging placement on a farm covering 18,000 hectares. Recent changes have seen local staff take over more of the day-to-day running of the farm so Elliot, as a UK placement student, had to overcome language barriers and approach his role in the team with both sensitivity and confidence. The judging panel was really impressed with how Elliot rose to these challenges and the ideas and insight that the placement provided for his future.” Elliot is keen to secure future work in Eastern Europe.

In third place for the Nat West Award was Sammie Wilson, 21, from Haughton, Stafford. Sammie’s placement year saw her travel to the USA to work on Arethusa Farm in Litchfield, Connecticut.  Mr Pickthall said: “Sammie worked in a small team that needed their student to be part of the family – a considerable challenge given that the first time she met them was when they collected her from the airport! Sammie applied her skills in livestock showing and public speaking frequently while dealing with visitors to the farm.”

Sammie, who arranged her placement through Agriventure, said that her placement experience had helped her to secure a graduate position at Cogent Breeding.

The NatWest Award runner-up was James Mansell, who spent a year dairy farming in Cumbria with Fisher Farming, seeing a successful, large enterprise in action.

Mr Pickthall added: “All four finalists greatly impressed the panel, doing themselves, the university and their employers proud. It was gratifying to hear that both Charlotte and Ian felt the standard of candidate has improved on last year’s already very high standards. Ranking them was far from easy and it’s important that all four finalists recognise how well they performed on placement and at interview.” 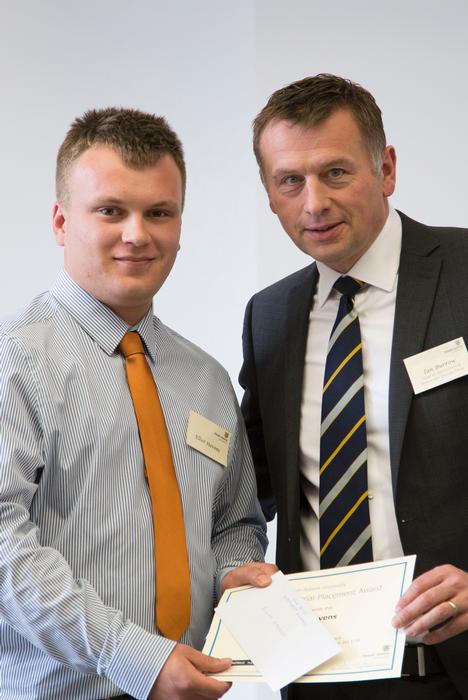 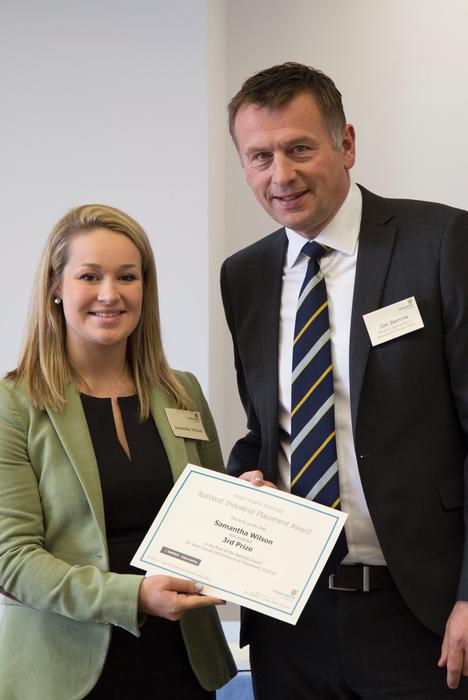 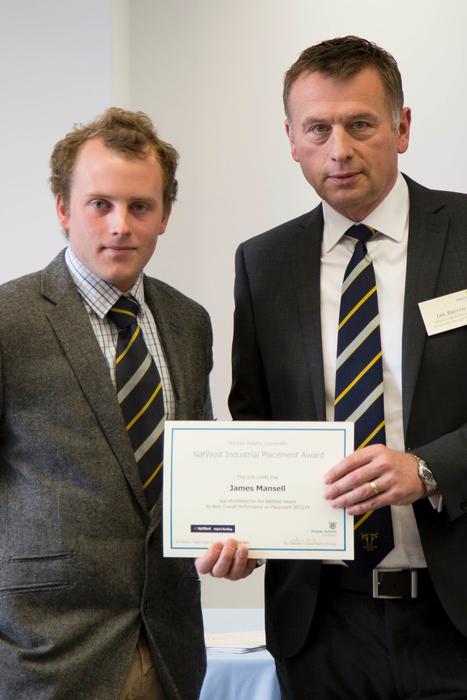