In his own words, he had perfect placement, which shone through in his performance, both in the placement assignment and employability grade.” 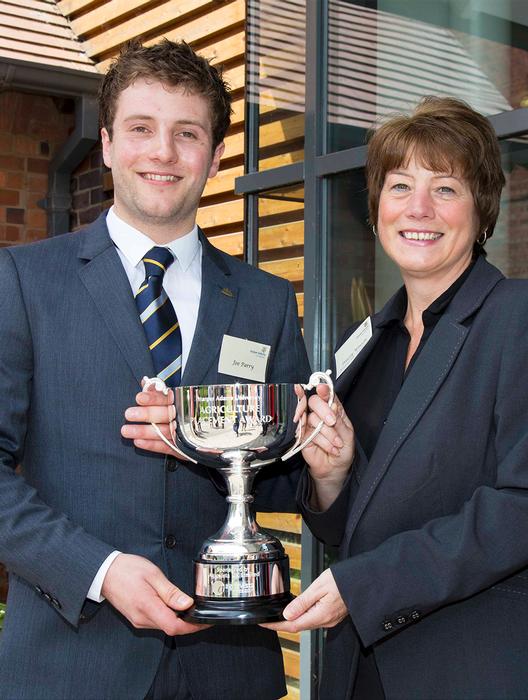 Welshman Joe Parry has been revealed as the winner of the first Agrovista Placement Award at Harper Adams University.

Joe, 22, from Corwen, Denbighshire, spent one year of his four-year honours degree working for John and Marion Tilson at Wedderlie Farm in Gordon, Berwickshire.

“He participated in the farm’s centenary open day, contributed ideas at farm meetings, selected animals for auction and even made it on to television when he was the featured student of the month on popular Welsh agriculture programme, Ffermio.

“During his year in Scotland, Joe also found the time to train a sheep dog puppy. In his own words, he had perfect placement, which shone through in his performance, both in the placement assignment and employability grade.”

Joe said: “Winning this award is a real honour – my thanks to Agrovista for sponsoring the award and for choosing me! I also owe a massive thank you to all at Wedderlie. They provided me with an ideal environment for an agricultural student to develop and learn from a practical perspective. It is a model farm and an absolute credit to John, Marion and family.

“I would certainly recommend it as a Harper Adams placement to anyone interested in livestock and wanting to experience how a productive and efficient farm business operates. I was extremely proud when Wedderlie won the QMS Beef Farm of the Year Award in 2014.”

Joe is also proud to have started the placement relationship between the university and Wedderlie Farm. He found the placement himself, initially through a shared interested in the breeding of Welsh ponies, and it was so successful that John and Marion Tilson have agreed to take students again in future. Joe also impressed his employers so much that they gave him a heifer as a 21st birthday gift!

On completion of his degree, Joe will be returning to run his family’s farm, rearing beef, sheep and Welsh ponies. Using his gift and additional purchased cattle, he plans to start his own Aberdeen Angus herd.

The Agrovista Awards recognise excellence in placement performance by BSc (Honours) Agriculture students. In second place was Benjamin Stephens, 22, from Westbury-on-Severn, Gloucestershire, who is due to graduate with a degree in Agriculture with Animal Science. Ben travelled to New Zealand on an Agriventure programme, spending a challenging year on a progressive family dairy farm. Mr Pickthall said: “Ben made a great impression on his employer, not only getting to grips with how things are done differently on another continent, but also bringing new ideas and enthusiasm as to how things could be improved.”

In third place was Rebecca Colman, 23, from Kings Lynn, Norfolk, who is passionate about large animal science and medicine. Mr Pickthall said: “Full year placements in large animal veterinary technical support are hard to come by, so Becca securing a position at Norfolk Farm Vets was an achievement in itself. Her role was diverse – from the lab to the lambing shed. Flexibility was key in this diverse practice, as was enthusiasm and she had both qualities in abundance, impressing practice colleague, partner and customers.”

The fourth finalist and Agrovista runner-up was Stephanie Charlton, 21, from Hexham, Northumberland. Steph worked for Gressingham after securing of the Harper Adams/British Poultry Council Scholarships. “Undertaking a diverse role across the business, from the hatchery to implementing breed trials, she thoroughly impressed Gressingham and will be returning to a management trainee position later this year. Steph headed out of her comfort zone, leaving her family sheep farm in Northumberland and heading for Suffolk with no prior poultry experience.

The Agrovista Awards were presented by the company’s Head of HR, Tracey Winson. 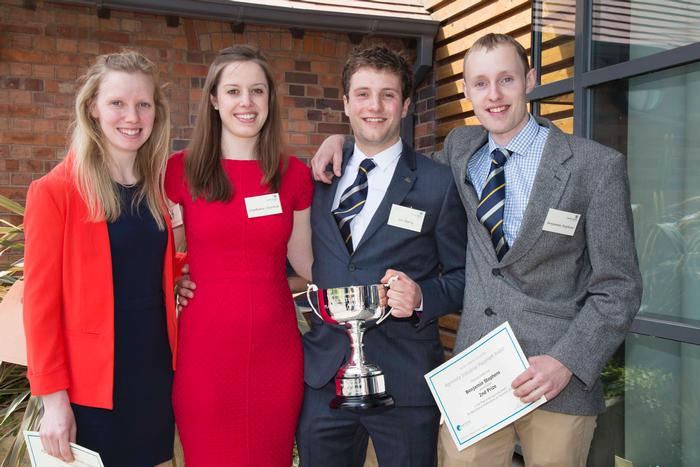