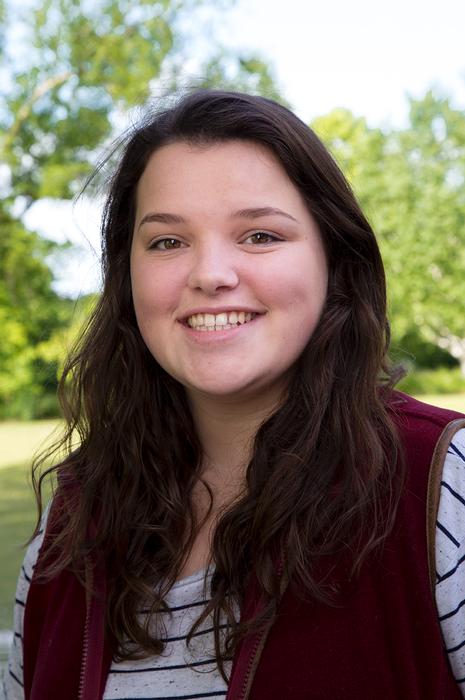 Harper Adams University business student Harriet Sims has qualified for the UK final of the MOS World Championships, a competition to find the top Word and Excel students.

Harriet, 21, from Clevedon, near Bristol, was unaware of the competition – that could lead to a trip-of-a-lifetime to Texas to compete in the global final – when she sat her Microsoft Office Specialist (MOS) certification Excel exam in 2014.

But she was one of the country’s top 10 performers in the first qualifying round, which closed on December 31, 2014. A further 10 competitors were selected from a round that ran from January 1 to May 15 this year. All were selected using the "top-score method" (highest exam score and lowest exam-taking time).

“I had never heard of the MOS Championships before,” said Business Management and Marketing student Harriet. “I took the exam as part of the first year module, IT for Business. It was a required part of my course and I was happy to pass.

“But then I was contacted by a company that runs the exams at Harper Adams and told I had one of the highest scores! I didn’t believe it at first, thinking it might have been a spam email or a joke, but after speaking to my lecturer, Deena Webster, I found out it was genuine and decided to commit to attending the UK final on June 17.

“The date of the final falls between the end of my university exams and the summer ball, so I will be free to focus on it. We will be visiting the Microsoft headquarters in Reading, which should be an interesting day out.

“I will do a little bit of preparation but my exams at Harper Adams are my priority. If I do well at the MOS final it will be a bonus,” added Harriet.

The former pupil of Clevedon School took a gap year in Australia after leaving school, then completed the Extended Foundation Degree Programme at Harper Adams before starting her degree. She chose to study business after doing well in the subject at A-level and because of a real interest in business and entrepreneurship. “I love watching the Apprentice!”, Harriet joked.