"Receiving the news that my kidney cancer had spread, and that my prognosis was terminal had a devastating effect ... once I’d conquered the initial shock, I made my mind up to do everything I could to prevent other people suffering the same fate.” 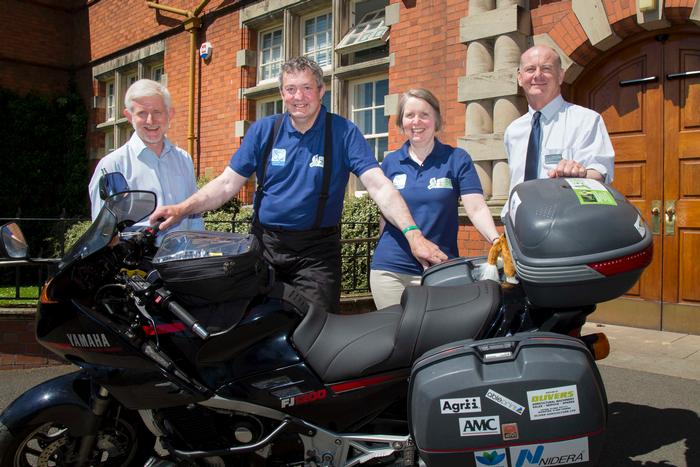 In 2010 Jon graduated from Harper Adams University with a Master’s degree in rural enterprise and land management and just two months later he won the accolade of BBC Farmer of the Year from the Food & Farming Programme on Radio 4.

But that same year Jon’s cancer was misdiagnosed after he went to the doctor with symptoms of fatigue. Despite the correct diagnosis and then surgery in 2013 to remove his left kidney and tumour, it was later found that the cancer had already spread to his lungs.

Jon, who has a smallholding at Letton, on the Herefordshire border, said: “Receiving the news that my kidney cancer had spread, and that my prognosis was terminal had a devastating effect on Sarah and me, along with our friends and family. I’m not a ‘do nothing’ person, and once I’d conquered the initial shock, I made my mind up to do everything I could to prevent other people suffering the same fate. I want to emphasise to everyone, including the medical profession, the vital importance of early diagnosis of kidney cancer.”

On June 6, support by his wife, Sarah, Jon will set out on his Yamaha FJ1200, “Thunderbird 1”, to take his message all around the coast of mainland Britain. He is also seeking to raise £50,000 for vital research that will hopefully develop a test for the early diagnosis of kidney cancer, which is the eighth most common cancer in adults in the UK, but is often found by chance – and all too often too late.

Asking people across the country for support, Jon said: “Please join us on our amazing ‘Facing Up 2 Kidney Cancer’ journey, either for a mere moment, a few miles, or more, and please give whatever you can. Get on your motorbike, or bicycle, get your friends to sponsor you and ride with us or meet us along the way. Hold a coffee morning at the office, or set up a cake stall. Every £1 donated will help us to help others. Let’s make this an event to remember.”

Visit facingup2kidneycancer.org for more information about Jon’s charity efforts, to donate and to learn more about the James Whale Fund for Kidney Cancer.

Jon remains in good health, despite the poor prognosis, and continues to work as Farm Business Advisor for Balfours Property Professionals, based in Shrewsbury.

On June 4, Jon and Sarah were welcomed to Harper Adams for a special send-off lunch, attended by friends, family and Jon’s former tutors, including Nigel Hill, Senior Lecturer in People and Farm Management, and senior lecturer Paul Lewis who taught Jon “everything I know about soil”.

Jon has faced a tough journey over the last five years but now he is ready to ride – and complete a long-held ambition. He says he is nervous, but the excitement is clear on his face as he starts explaining the various stages of the ride, which he aims to complete between June and September.

Via Just giving: at www.justgiving.com/facingup2kidneycancer/ 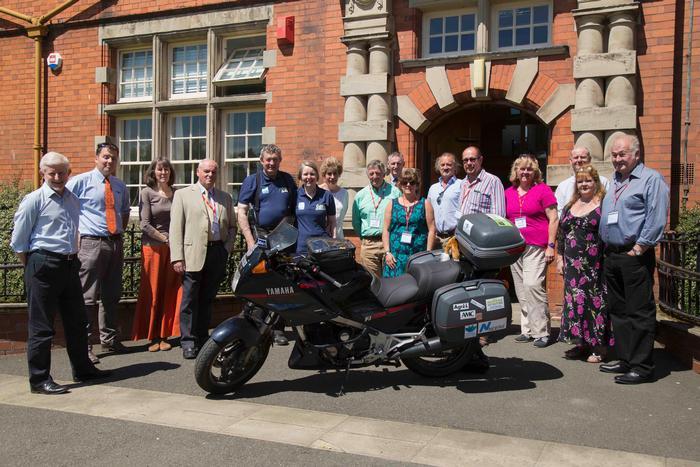 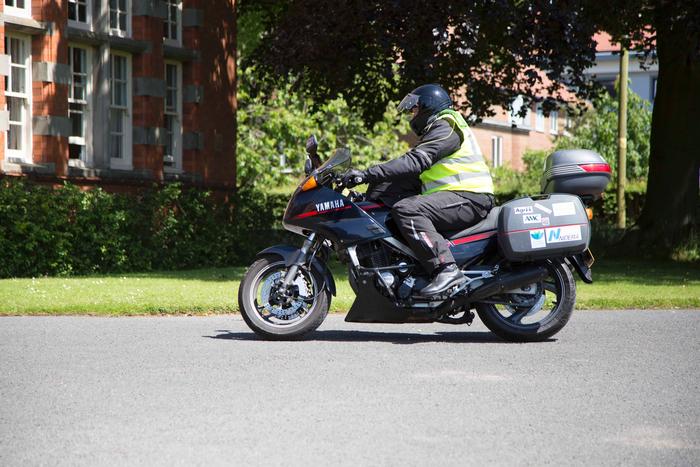