"Over time, this small specialist university has incorporated an international ethos into its core activity, and targeted partners and regions where it can grow its own research excellence and impact." 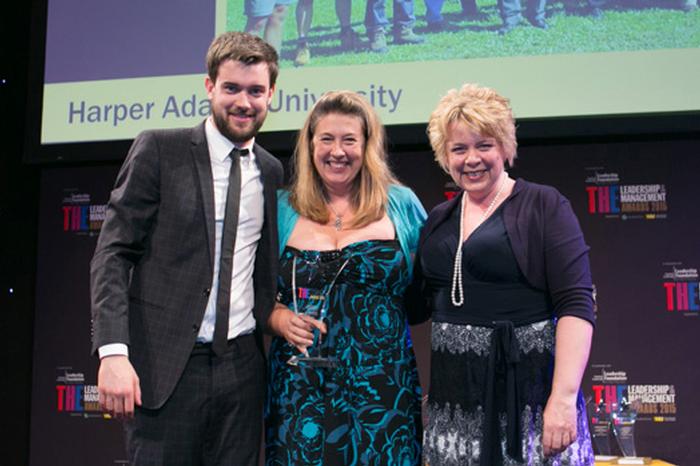 The world’s food security challenges demand global solutions and the impressive contribution of Harper Adams University is recognised with victory in this category.

During 2013-14, Harper Adams built on its 10-year partnership with Beijing University of Agriculture to establish links with three more leading Chinese agricultural institutions: it launched a joint undergraduate programme with Huazhong Agricultural University; ran an agri-engineering summer school for Northwest

Agriculture and Forestry University; and developed a joint master’s degree in precision farming with China Agricultural University. The latter course was awarded 15 postgraduate scholarships by the government in its first year.

Harper Adams also secured 25 postgraduate scholarships from the government of the Dominican Republic, and launched a Centre for Integrated Pest Management, which will work with universities from across the European Union, to explore this important component of the new Common Agricultural Policy.

The judges described Harper Adams’s international strategy as being “innovative and impressive”. “It has demonstrated how, over time, this small specialist university has incorporated an international ethos into its core activity, and targeted partners and regions where it can grow its own research excellence and impact,” the panel said.

Harper Adams Vice-Chancellor, Dr David Llewellyn, said: “'Our international activities have grown in the last few years as we try to ensure that our students are aware of the challenge of global food security and the role that UK agri-food businesses can play in addressing this critical issue.

“Our staff have done an excellent job in developing strong connections with our overseas partner institutions, delivering an outstanding education for our UK and international students and progressing our international research programme, all of which have contributed significantly to the national recognition brought by this award.”

Winners attended a black-tie event in at the Grosvenor House Hotel, London, hosted by actor and comedian Jack Whitehall, where more than 1,000 guests gathered to celebrate outstanding performance in the competitive world of UK higher education. The winners were chosen by a panel of judges including Alison Johns, Chief Executive of the Leadership Foundation for Higher Education, David McBeth, Director of Research and Knowledge Exchange Services at the University of Strathclyde, and Maja Maricevic, Head of Higher Education at the British Library. 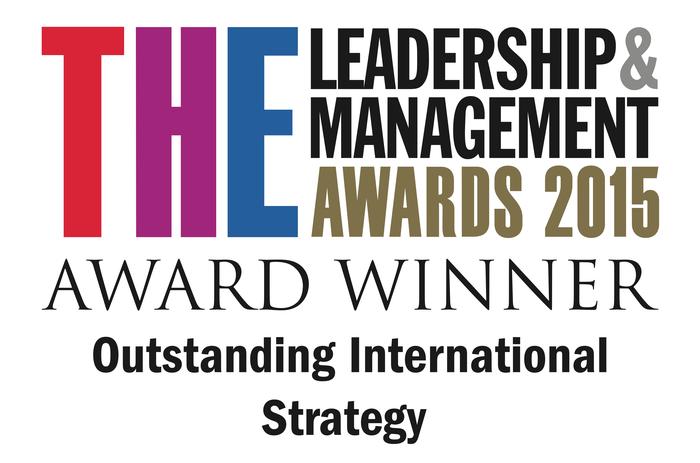