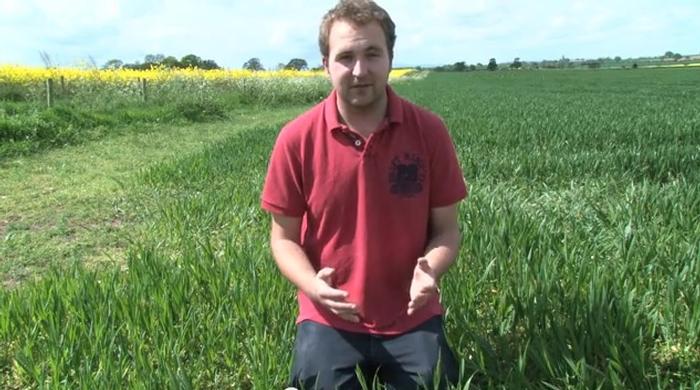 Sam Martin and Adam Horsfield have both recently completed degrees in agriculture with crop management and have produced four videos that explain the principles behind growing wheat, controlling weeds, soil, and crop diseases.

The videos are aimed at breaking down complicated jargon into bite-sized chunks to raise awareness of the importance of agriculture in food production.

22-year-old Adam from Cambridge has recently started a role working as an Assistant Farm Manager for Albanwise Farming Limited.

He said: “Programmes such as BBC Countryfile and BBC Harvest show that there is an interest amongst the general public in agriculture and food production.

“We thought it would be a great idea to strip that back even further and produce videos that could potentially help schoolchildren to understand the basics, for example, what is soil and why is it important?

“We hope people will view these videos and learn just a little about our essential industry. You don’t need to be a farmer to be interested in where our food comes from, watch our videos and hopefully they will inspire you to find out more!”

The two students filmed the videos following their final exams, but hope that future Harper Adams students will add to the collection, covering more subjects within agriculture.

Sam, 22 from Newark in Nottinghamshire, is now working as a Crop Trials Agronomist at Eurofins Agroscience Services.

He said: “Both Adam and I are extremely passionate about arable farming and really want younger generations to take an interest and potentially choose it as a career.

“As our course has shown, not everyone that comes to Harper Adams is from a traditional farming family. There is a real mix of traditional and non-traditional backgrounds.

“But if nothing else, these videos should prove useful tools for anyone that wants to learn the basics of farming, whether that be schoolchildren, their teachers, or adults alike.”