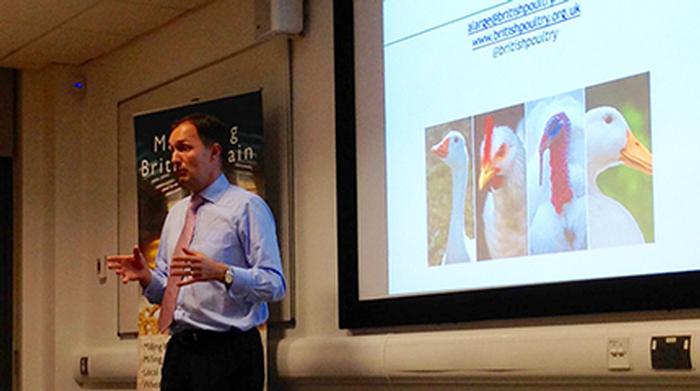 The Harper Forum student society is back in action for the new academic year – Committee Member Tom Whittaker introduces the new season of talks and debates:

“During the summer, Ellen Bryan, Annabel Hollis, Will Taylor and I took over Harper Forum as the new executive committee. We have since been busy organising a variety of speakers, including representatives from Velcourt, AHDB, NFU, Lloyds Bank and many others.

“We would like to thank both Anglia farmers and Criddle for sponsoring us for this academic year, which has helped us greatly. Throughout the year we are hoping to run several competitions to win tickets for agricultural shows.

Last week’s Harper Forum, the first of the academic year, welcomed Andrew Large, Chief Executive of the British Poultry Council. He spoke about the future opportunities and challenges for poultry meat.

Mr Large detailed the value of the British poultry industry: it accounts for 47 per cent of all the meat eaten in the UK and is worth £6.9 billion. This supports 79,300 jobs. The major challenges faced by the industry are avian influenza, campylobacter and improved animal health and welfare.

He also explained the British Poultry Council scholarships available to students at Harper Adams University, which are worth up to £4,500 and a paid placement year. Scholarships are available to outstanding students who are considering a career in the agriculture and food production sectors.

This week (Thursday October 15) we have Christopher Timothy, a certified town and country planner, who will be talking about rural development issues. Visit the Facebook group “Harper Forum” or follow @forum_harper on Twitter for more information. 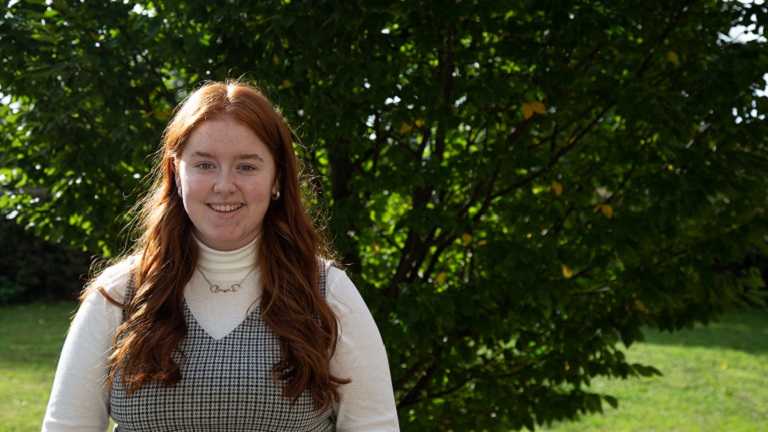 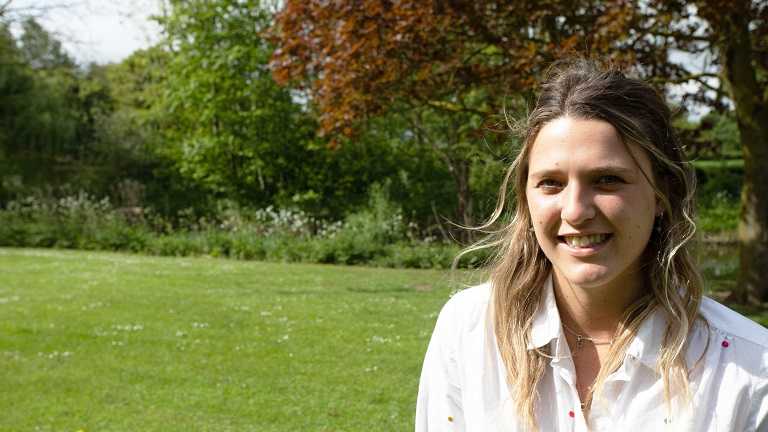