we are planning to make it better- and bigger – next year. Some of the samples I have received are rather less appealing to look at but should make for some incredible reactions at the 2016 shows!"

More than 5000 people across the UK and Ireland munched on crunchy dried insects this summer after Harper Adams University took its Edible Bugs Challenge on tour.

The challenge, which visited agricultural shows from May to September, saw visitors to the university's exhibition stand eat freeze dried mealworms, garlic flavoured chapulines (grasshoppers) and locusts. People of all ages and occupations completed the challenge - from toddlers in their pushchairs, to police officers, to DJ Scott Mills (see video).

Sarah Swinnerton, Marketing Officer, said: "The response to the Edible Bug Challenge was fantastic. At every show we had queues of people waiting to take the challenge, with many having sought us out after reading or hearing about it.

It gave us an opportunity to speak to many more people than we normally would at the shows – for one event interactions were up by 500 per cent – and share important messages about global food security and the exciting range of careers available in food and farming.”

It has been a year since Sarah first took some edible bugs on the road, offering them as free samples at the Good Food Show. The response there led the university marketing team to develop the challenge.

“We’d been challenged previously,” Sarah explained, “With members of the team being filmed eating bugs for a short film about entomology research.

“Having learned that insects are a low-impact alternative to traditional sources of protein in our diets, we would see that the challenge would operate on various levels. Yes, it was fun to challenge squeamish people, but the conversations it opened up were really important – from concerns about insect welfare to requests for information about where to buy them.

“In terms of what the bugs tasted of, many people compared the mealworms to rice-based breakfast cereals. The chapulines, despite being garlic-flavoured were like “lemony crunchy snacks”, and the locusts were frequently compared to pork scratchings - once you peeled off the wings which could get stuck in teeth!

“Having spent the summer eating bugs, we’ve developed a bit of a taste for them. And can safely say that they have done us no harm!

“We’re not ready to say goodbye to the bug challenge. In fact we are planning to make it better- and bigger – next year. Some of the samples I have received are rather less appealing to look at but should make for some incredible reactions at the 2016 shows. Come and try them if you dare!” 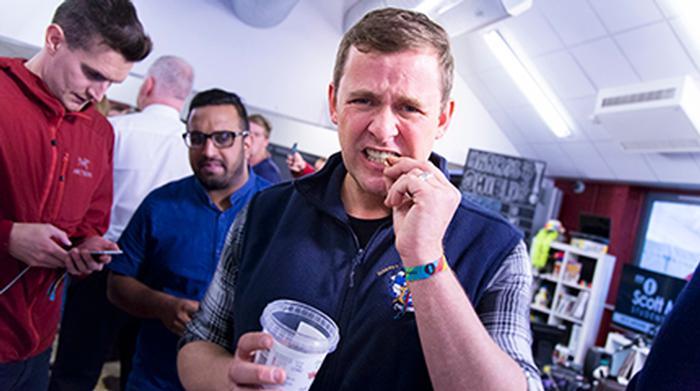 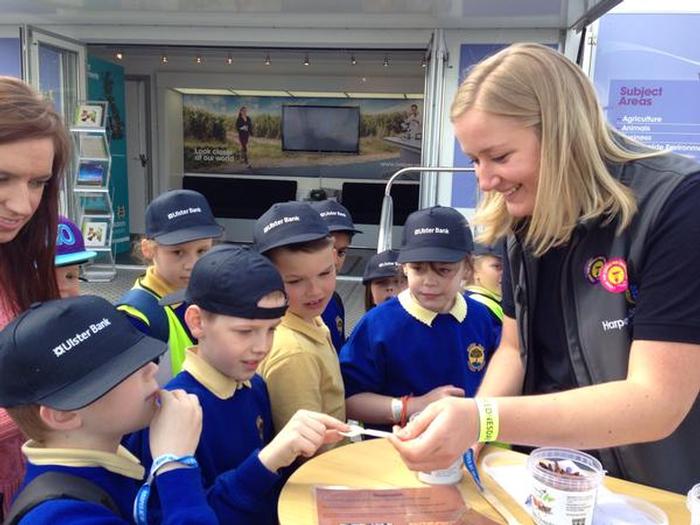