Not only did we see the periodic table as something that people associate with science, but it presented a great opportunity to come up with a really stylish and striking cover." 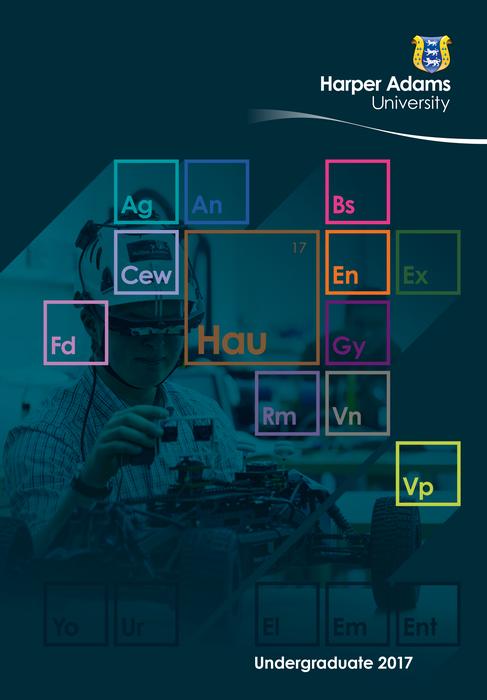 “I’ve been producing our annual prospectus since 2004,” said Publications Officer, Claire Robertson-Bennett, “and over the years I’ve become more and more impressed by the high academic standards produced by our students. Our degrees place a strong emphasis on applied science and this, teamed with our mandatory placement year in industry, produces graduates who bring real skills and knowledge into the workplace. It’s no surprise that our graduate employment rate is so high.

“Each year a number of top quality design agencies are invited to come up with concepts for the undergraduate prospectus, based around a theme of our choosing. This year the team all agreed that we wanted to highlight our scientific credentials. The university has an excellent reputation for research, but perhaps not many school and college students will realise just how much high quality scientific work is carried out at undergraduate level, with students contributing to research that is changing rural industries, publishing in academic journals, and making a difference in our world.”

Northampton-based agency Design Depot was chosen to work alongside the university’s Marketing and Communications Department after coming up with a great concept based on the period table of the chemical elements. “Not only did we see the periodic table as something that people associate with science, but it presented a great opportunity to come up with a really stylish and striking cover, and a theme that we could develop throughout the prospectus,” said Claire. “Senior designer Ryan Hudson, who we worked with on our postgraduate prospectus, has really pushed this forward and come up with something we all think works really well.”

But of course the prospectus needed to back up its claims with evidence. “I sent out an email asking for examples of undergraduate science and research taking place at Harper Adams and was inundated with suggestions from veterinary nursing and countryside students to those studying food and even land management – not an area you’d automatically identify with science. The sheer amount, variety and standard of work is so impressive.

“Eventually we decided to focus on two particular case studies, the first being Joe Allin, the Agricultural Engineering student who features on the cover. Now in the final year of a five-year MEng degree, Joe is one of a number of students who has worked on the Weasel, a remote-controlled vehicle developed at the university, which can be driven out of the controller’s sight and will eventually be used commercially for bomb disposal and remote control of military vehicles, though the technology could also be applied to other areas.

“Joe has made great use of our dedicated teaching and support staff and our extensive facilities, spending much of his time in the labs, the Agricultural Engineering Innovation Centre, Engineering Design centre and our workshops.

“Our second case study focussed on final year Bioveterinary Science student Jess Kelly who is involved in farm and lab-based research – one the benefits of having our own commercial farm is that research can be carried out in the field and then analysed in the laboratories, without leaving the campus!

“Jess’s work, as part of a team of staff, undergraduate and postgraduate students, is sponsored by Alltech and is investigating the use of marine algae as a supplement for dairy cows. This work was featured in the BBC documentary, The Truth About Fat. These are just two examples of the exciting work going on at the university.”

As for the cover’s strapline, Your Element, Claire explained: “At our last graduation ceremony a proud parent told me their daughter had always been ‘in her element’ at Harper Adams, and had felt at home here from the first time she visited the campus on an open day. I knew right away it was the perfect phrase to capture the ease with which new students settle into our community here, feeling a real pride in their university and thinking of it as a home from home. The students’ unofficial motto has always been ‘work hard, play hard’ and to me ‘Your Element’ perfectly summed up the student experience here.”

To order a copy of the 2017 Undergraduate Prospectus go to harper.ac.uk/prosp 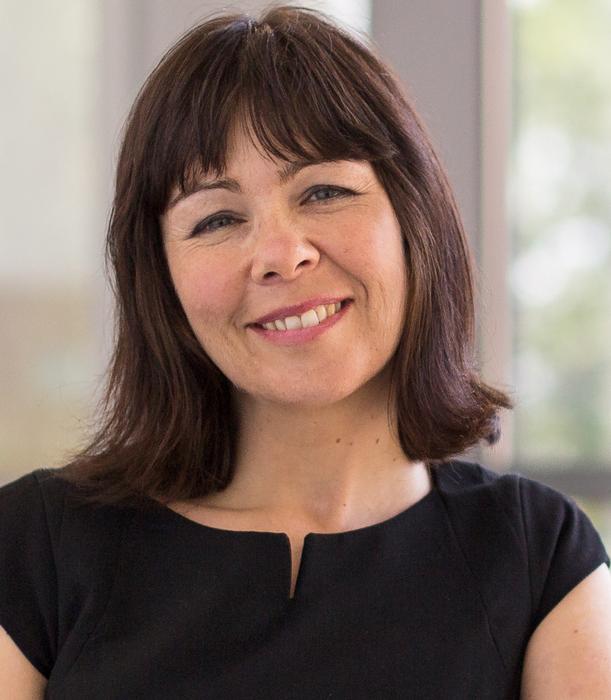 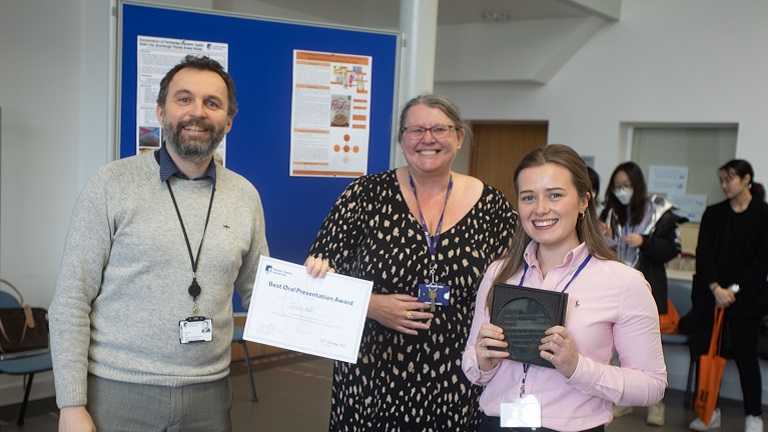 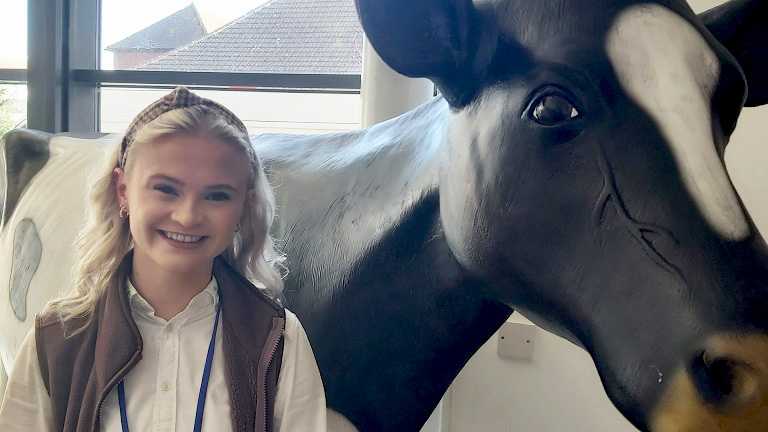 Does the news you see affect the beef you buy? Student research examines media impact on purchasing habits 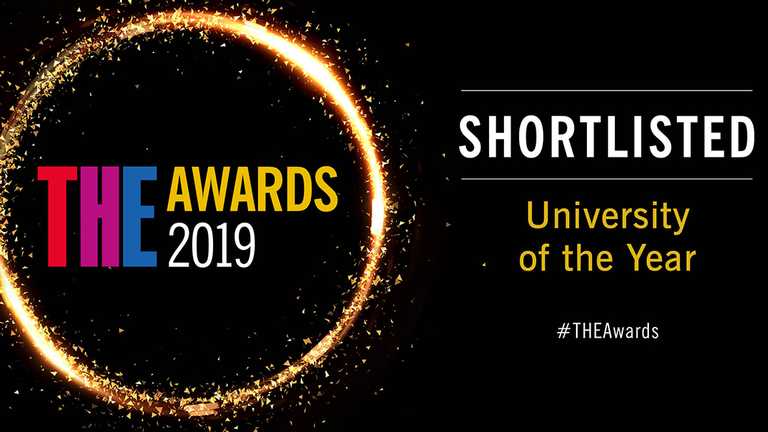 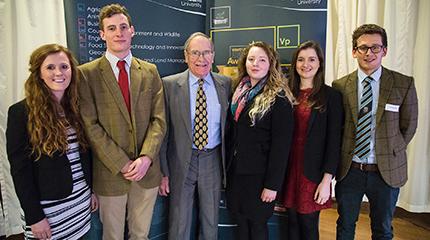