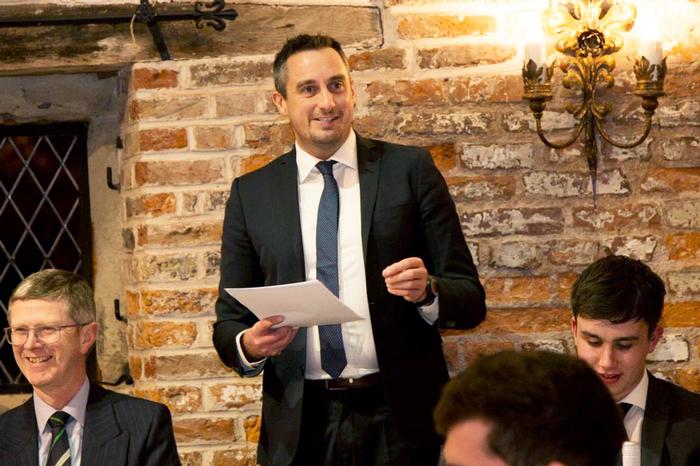 The Irish were all around on Friday for the annual Harper Ireland day and dinner at Harper Adams University.

Guests who had travelled to Shropshire for the dinner spent Friday getting to know the university – the staff, students, campus, farm and more. Among them were careers advisors from schools in Northern Ireland and the Republic of Ireland, alumni, journalists and industry representatives.

But the main event was the dinner, held again at the Madeley Court Hotel in Telford, where the guests, students from throughout the island of Ireland, and friends enjoyed three delicious courses before an after-dinner speech by Eoin Lowry, Agri-Business Editor at the Irish Farmers Journal.

Using a range of telling facts and figures, Eoin painted a picture of opportunity for agriculture in Ireland and for the students entering the industry, thanks to the need to secure future food supplies for the growing population.

“[In the past] Agriculture was always the bridesmaid and never the bride. But our luck changed and the industry has been reborn out of the recession. It’s a well stated fact that the agriculture industry was somehow responsible for lifting the country up in recent years.

What’s happened has been remarkable. In a small country with only five million people, Ireland, in less than two lifetimes, has come from a position during the famine when it was unable to feed itself to feeding now fifty million people around the world.

“If projections play out, we will double exports over the next 15 years, and will provide food for 100m people. Agriculture is now the bride and we are entering into a golden era of food production. More food will have to be produced in the next 35 years, during your time working in this career than has been produced in the last 10,000 years. So there is the opportunity,” he said, before exploring various advances in the industry and successful Irish brands.

James thanked Eoin, before announcing a series of awards.

The President’s Award, presented by Harper Ireland Club President and University Vice-Chancellor, Dr David Llewellyn, to Lucy Hood, 21, from Omagh, County Tyrone,  and David McBride, 22, from Glaslough, Co.Monaghan. This award seeks to recognise students that have given their all to Harper Adams, Harper Ireland and the student community.

Finally, the committee announced that for the first time they were using club funds to make a donation to a charity close to members’ hearts.

A cheque for £1,000 was collected by students Jacob Irwin and John Morrow, for the Northern Ireland Children’s Hospice. Club committee member Matthew Morrow stressed that the club intended to make a charity donation every year from now on, and that students would be able to nominate charities they think should benefit.

Taking hold of the reins for the year ahead, new Chairman Philip Gillespie thanked James Law and the previous committee and reminded guests that the Paddy’s Ball, organised by Harper Ireland, was just weeks away and was going to be a great night.

View the full set of images from the evening on Facebook. 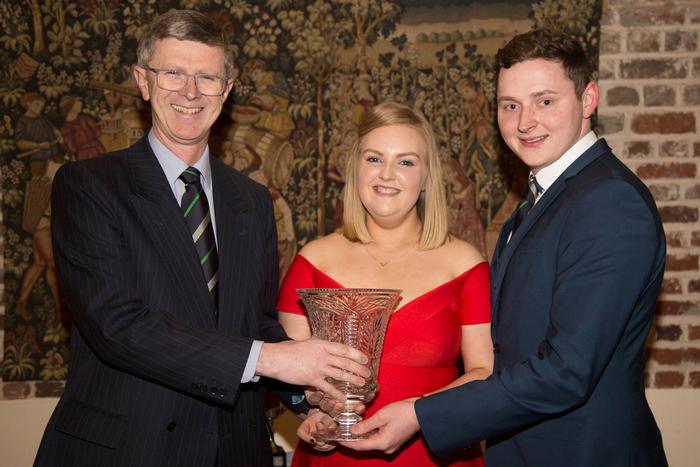 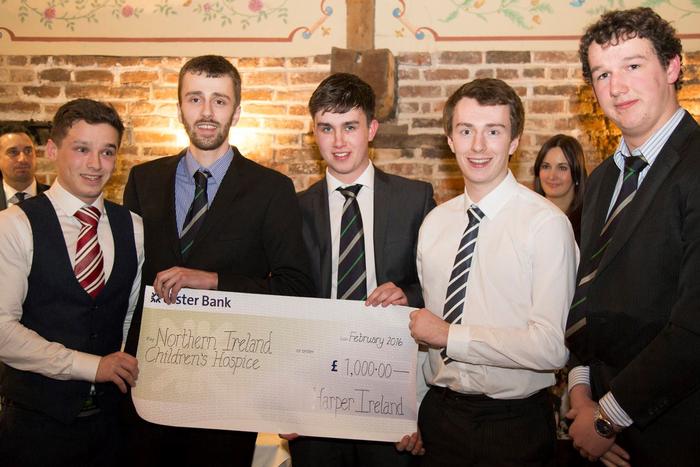 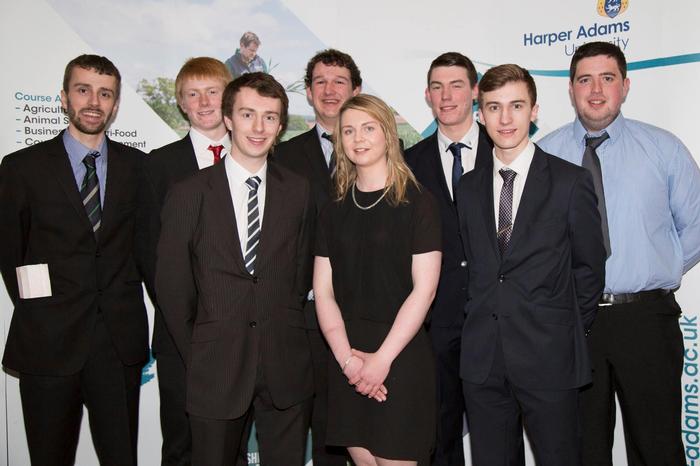