"Sir Peter was impressed with the number of students who came along to the debate, saying it was one of the largest crowds he had spoken to, and certainly the youngest! " 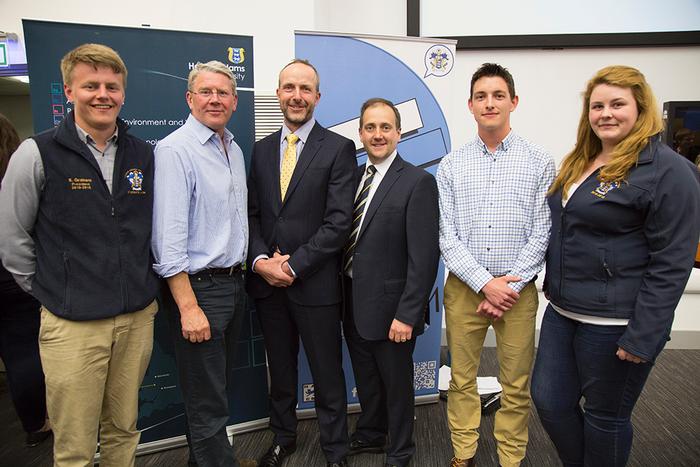 On May 17 the Harper Forum Society hosted a EU Referendum debate for staff and students. Student and forum chairman Chris Lane reports:

“A capacity audience in the Weston Lecture Theatre on Tuesday evening showed the great interest in the subject.

The motion for the debate was: This house believes that UK food security, farmer prosperity and the natural environment will be better served by greater separation from our European neighbours.

The society was honoured to welcome Nick Adams, who proposed the motion. Nick is an organic beef and sheep farmer from Derbyshire, and an NFU Council member. Sir Peter Kendall opposed the motion; he is a farmer and a former chairman of the NFU. Recently he was appointed by the government to be the chairman of AHDB.

The debate was chaired by our Mark Simcock, a REALM lecturer at the University. Each speaker had 10 minutes to state their views before questions were taken from the floor. Both speakers gave very convincing arguments that helped provoke a wealth of questions from students.

Nick Adams stated that if the UK left the European Union that a new United Kingdom Agricultural Policy (UKAP) could be devised with help from organisations such as the NFU. Nick also urged the agricultural community to believe in one another, the industry and the country, to promote competitiveness against other trading nations.

Sir Peter Kendall, against the motion, argued that it would be unthinkable to turn our backs on the EU free trade deal with five hundred million of the richest people of the world, particularly with such uncertain alternatives. Sir Peter also stated that the EU may possibly be more constant and beneficial to the agricultural industry than a future UK government.

Sir Peter was impressed with the number of students who came along to the debate, saying it was one of the largest crowds he had spoken to, and certainly the youngest! I was also amazed as there was standing room only in the 260-seat venue.

On Wednesday, I reflected on the success of the debate. The lecturers would be very envious, I thought, as it is rare to hear ístudents discussing lectures from the previous evening.

The students would like to say thank you to both speakers once again; we are very grateful to them. The Forum Society will have a programme of outside speakers next term and we look forward to welcoming as many students as possible into the audience.

Finally, I would like to stress the importance of each and every vote, and urge all readers to make sure they are registered to vote and to make an informed decision in the polling booth on June 23." 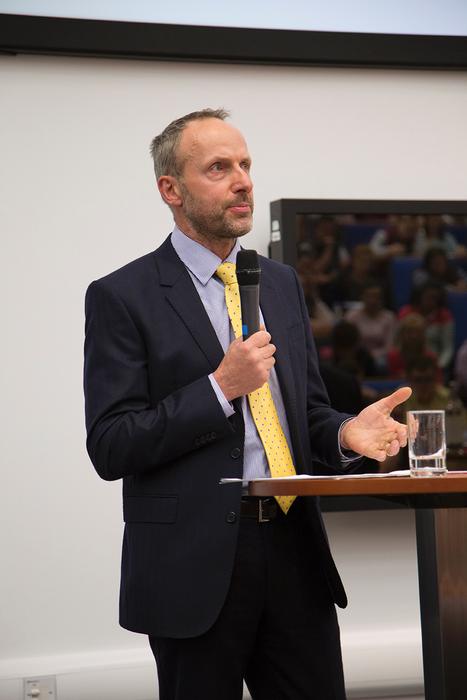 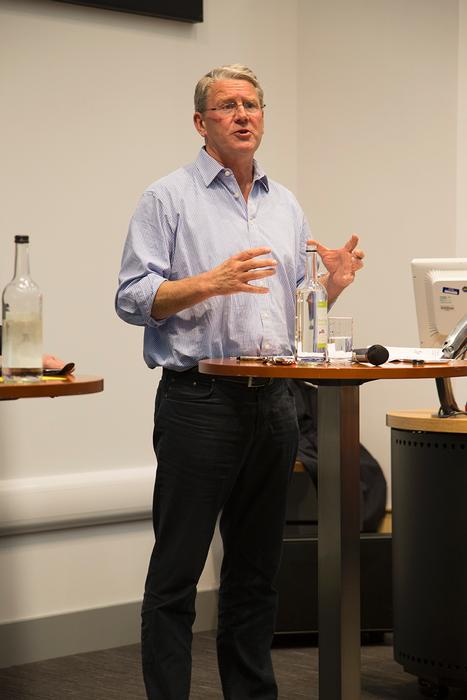