I spoke to the students about the problems we can face in engineering, which they may not have initially thought of." 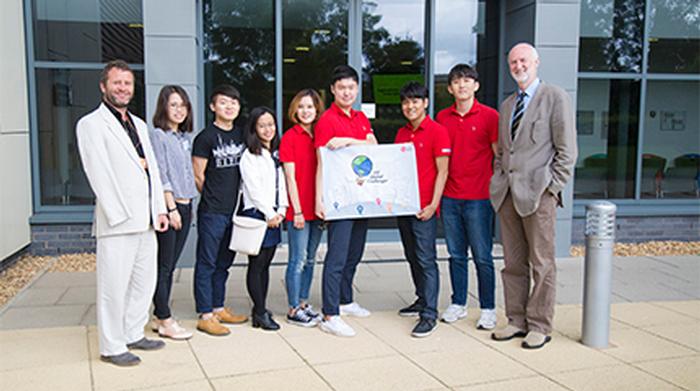 A group of students from South Korea have visited Harper Adams University as part of their European tour to learn more about precision agriculture.

The four students are taking part in an LG competition which allows students to learn about a subject area of their choice by visiting foreign institutions and businesses which are recognised for their excellence in their chosen area.

They visited the Harper Adams engineering department because it had been identified as one of the European leaders in precision agriculture.

Sam Wane, senior lecturer at Harper Adams University, said: “I spoke to the students about the problems we can face in engineering, which they may not have initially thought of.

“I also shared how we teach our students about the technology, including the teaching aids we use to help us; such as the robots.

“Professor Simon Blackmore talked to them about the global picture of precision agriculture and how the work at Harper Adams fits into that. He also took them on a tour of the facilities and showed them the research we are working on.”

The students will be continuing their European tour at universities in France, Denmark and the Netherlands.

LG Global Challenger has been run by the South Korean electronics company since 1995. It claims to be the first and oldest overseas expedition programme for undergraduates. With students having the freedom to choose their expedition theme and country, and visit sites of global excellence.

The competition can lead to the students receiving internships, scholarships and job offers from the multinational company.